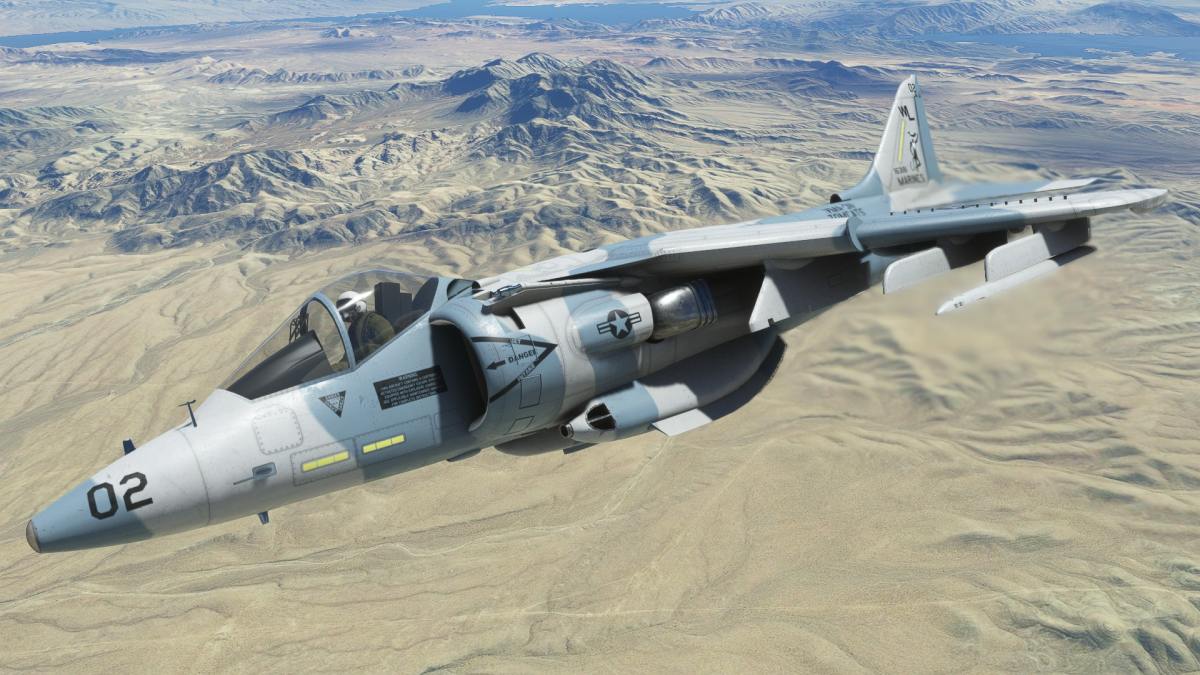 We start with new screenshots and a development update from DC Designs about the upcoming AV-8B Harrier II. The developer also confirmed that the aircraft will be released in September simultaneously on third-party stores and the official marketplace, including Xbox. Consequentially, the Phantom will be pushed toward Christmas.

“I have finally been able to spend nearly a full week on the Harrier’s cockpit, and have covered a lot of ground. Although I have also been involved in the on-going updates for my other aircraft, it’s been good to finally get cracking on the interior with some more detailing and new PBR texture work.

The Asobo pilot is a nice addition to the airplane, largely because with the correct use of nodes it’s possible to position the pilot’s hands and boots on the controls, and see them move as the stick, throttle and rudders move. Great fun and another step towards reality – I’d love them to add a “headless” VR-specific version to add to the immersion when using virtual reality headsets.

The interior modelling is coming along nicely, with detail work on-going throughout the cockpit. Much of what you see here is only half complete, with hundreds of rivets and bolt heads still to add, not to mention all the switches, levers, panel decals and of course relevant animations. However, most of this is standard work at this stage and with the exterior modelling around 95% complete, the project is well on its way now. I will be adding the longer AV-8B+ nose section shortly, ready for other liveries to be included in the package, including those of the GR9 variant.”

More screenshots were also revealed by Orbx showing the progress on the upcoming Launceston Airport (YMLT) in Australia by indie developer Ken Hall.

You can purchase it on SoFly’s own store or on Orbx Direct for $10.45.

You can purchase it on Simmarket for $14.67 plus applicable VAT.