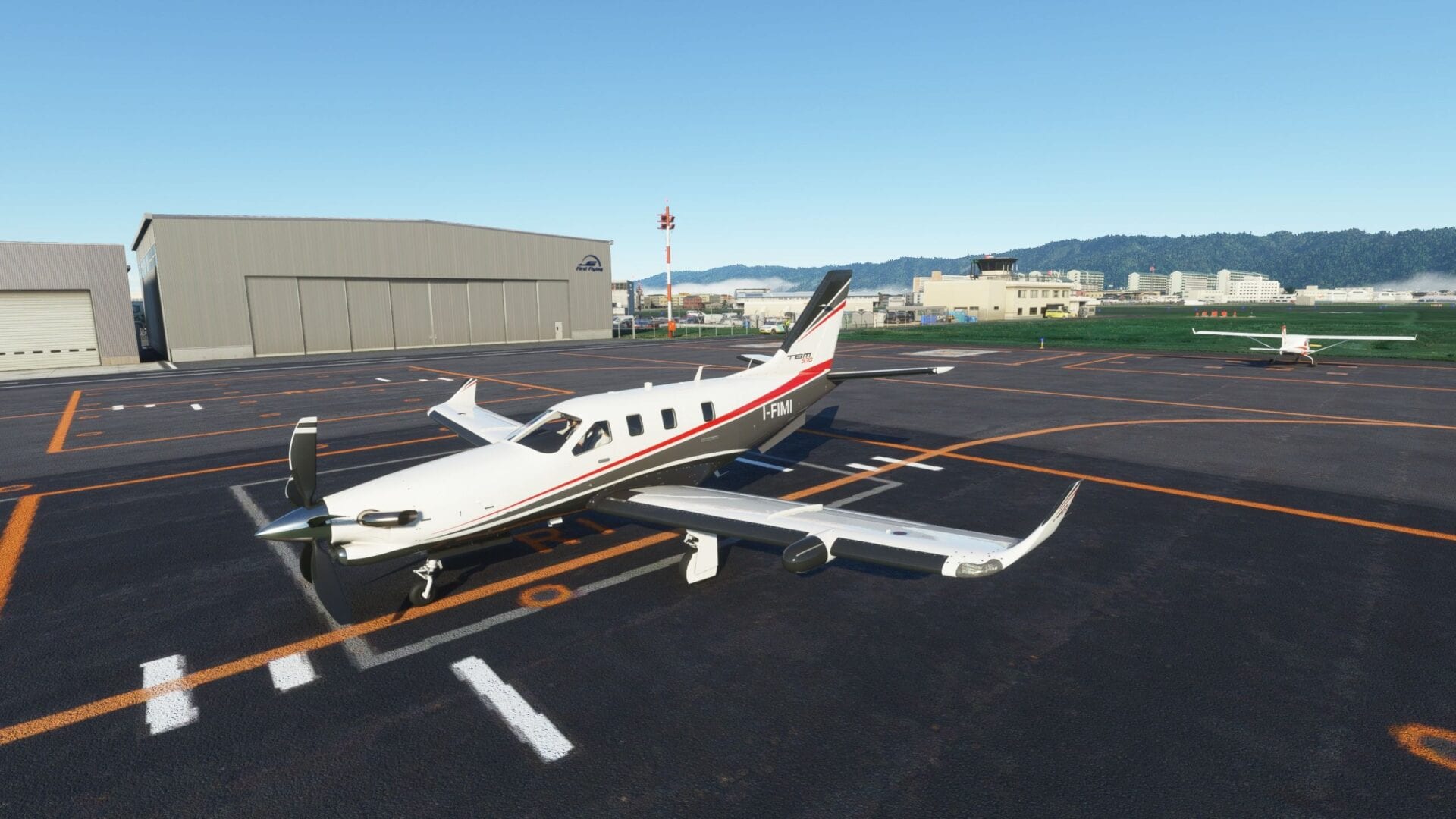 While the first World Update of Microsoft Flight Simulator focused on Japan, third-party developers haven’t taken the chance to improve the country further. The recent release of Yao airport (RJOY) by TechnoBrain promises to change that.

The Kyoto-based studio has been part of the flight simulation scene for over a decade with its “FS Add-on Collection” series, and now it has debuted on Microsoft Flight Simulator. That’s very good news for those who love flying in Japan because TB’s lineup for other sims includes some very desirable airports like Osaka’s Kansai and Itami, Sapporo’s New Chitose, Okinawa’s Naha, and more.

That being said, for its debut in Microsoft Flight Simulator, TechnoBrain selected something a bit smaller with Yao Airport, part of Osaka’s metropolitan area.

If you’d like to see what the airport looks like in detail in Microsoft Flight Simulator, you can check out the in-depth flyover video below, showing every angle, every weather condition, and at night. On the other hand, the second video below showcases a visual approach to runway 9.

Yao is rather special, as it’s one of the most well-known general aviation-only airports in Japan.

There are no scheduled airline flights departing or arriving, but smaller local airlines still use it for sightseeing and charter services. It’s also fairly big for a GA airport, counting on two runways (4,888 feet and 3,937 feet long), and including a base of the Japanese Ground Self-Defense Force.

You won’t land A320s here, but it’s certainly a great place to fly to and from if you like smaller aircraft, even more so thanks to its location squeezed between the vast urban area of Osaka and the scenic Ikoma Mountains.

The airport is available on SimMarket for about $34 plus applicable VAT, but at the moment of this writing, you can get it with a 30% launch discount, bringing the price down to $24. It comes with its own installer, so you won’t need to copy and paste folders around. The price point is admittedly a bit high, but TechnoBrain is a Japanese company, and software tends to be pricier in Japan.

The fact that TechnoBrain is a veteran in this industry is quite evident from the absolutely top-notch level of detail displayed by the airport.

The texturing of runways and taxiways is very well-done, with ample weathering and a spotless reproduction of the complex markings that exist in the real world.

The taxiways are also correctly implemented according to the charts, so you can expect ATC to guide you to your parking apron or to the runway with the right calls.

Some of the markings are slightly pixelated, presenting what appears to be compression artifacts, but it’s almost unnoticeable when you taxi around the airport. The ground in the landside area could have also used a bit higher texture resolution, but again, that’s a nitpick considering that it’s mostly obstructed by the hangars when viewed from the aprons. It’s still a lot more detailed than in most third-party airports you’ll see.

The true star of the add-on is the modeling and texturing of the buildings, which is downright fantastic. Every hangar and office is finely detailed with extreme craftsmanship, showing elements that you don’t see often in this kind of add-ons. It’s a joy to explore every nook and cranny, and despite having had the airport for several days, I still find new details that I had not noticed before.

The interior of the control tower is modeled behind see-through glass. Usually, you’d find minimal detail here, if any, but TechnoBrain went all-out, creating the most detailed interior I’ve ever seen in an add-on for Microsoft Flight Simulator.

The more you look, the more you can’t help but admire the attention to every little thing that went into creating this scenery, from the massive VOR antenna to the high-detail windsocks and floodlights, the fences (which actually have realistically-modeled gates, which is another rarity), the equipment, the signage, the staircases, the surrounding buildings, the military vehicles parked around the JGSDF base, and much more.

The developers went as far as detailing the huts dotting a nearby group of farming lots. It’s this kind of small elements that really brings Yao to life.

There is so much to see that it would take me an hour to describe everything, and I’d likely still miss some of it.

The texture work is as good as the modeling, showing great care in recreating the feel of the materials with realistic weathering and skilled use of physically-based rendering. It’s just right, neither too subtle nor overdone.

The package also comes with some of the most visible buildings in the surrounding area of the airport, including a variety of apartment buildings and the Hirano Factory, which is a very visible marker for the visual approach to runway 9 thanks to its tall chimney.

The only small flaw here is the Aeon Fujidera Mall, which features the old building. It has been recently renovated and it looks quite different nowadays. Yes. I know. I’m really nitpicking because it’s very hard to find anything out of place, really.

The night lighting is very good as well, with the aprons nicely lit by the yellow floodlights, and the red anti-collision lights on buildings and antennas where they should be.

Snow coverage is good and the beautifully-weathered textures react very nicely to rain and wet conditions.

With only the local VOR available for navigation, this is pretty much a visual airport with (correctly) no ILS, SIDs, or STARs, but the PAPI lights on runway 9/27 are present and well-calibrated to help you butter those fully-manual approaches and landings.

Ground services like pushback for small aircraft, fuel, and GPU are available. There are no stairs, baggage, and catering, but Yao airport doesn’t service airliners, so that’s not incorrect.

With the extreme level of detail, you’d imagine performance to be a sticking point, and you’d be surprised. The airport is very well optimized for that as well.

My PC (RTX 3070, Ryzen 9 3900x, 32 GB RAM) loses only about 3-5 frames-per-second at 1440p resolution and Ultra detail settings compared to the default scenery which doesn’t come even close in terms of beauty and realism, as you can see above.

It’s most definitely one of the best-looking and most-detailed third-party airports on the market, and if you love general aviation and flying in Japan, you can’t go wrong with it.