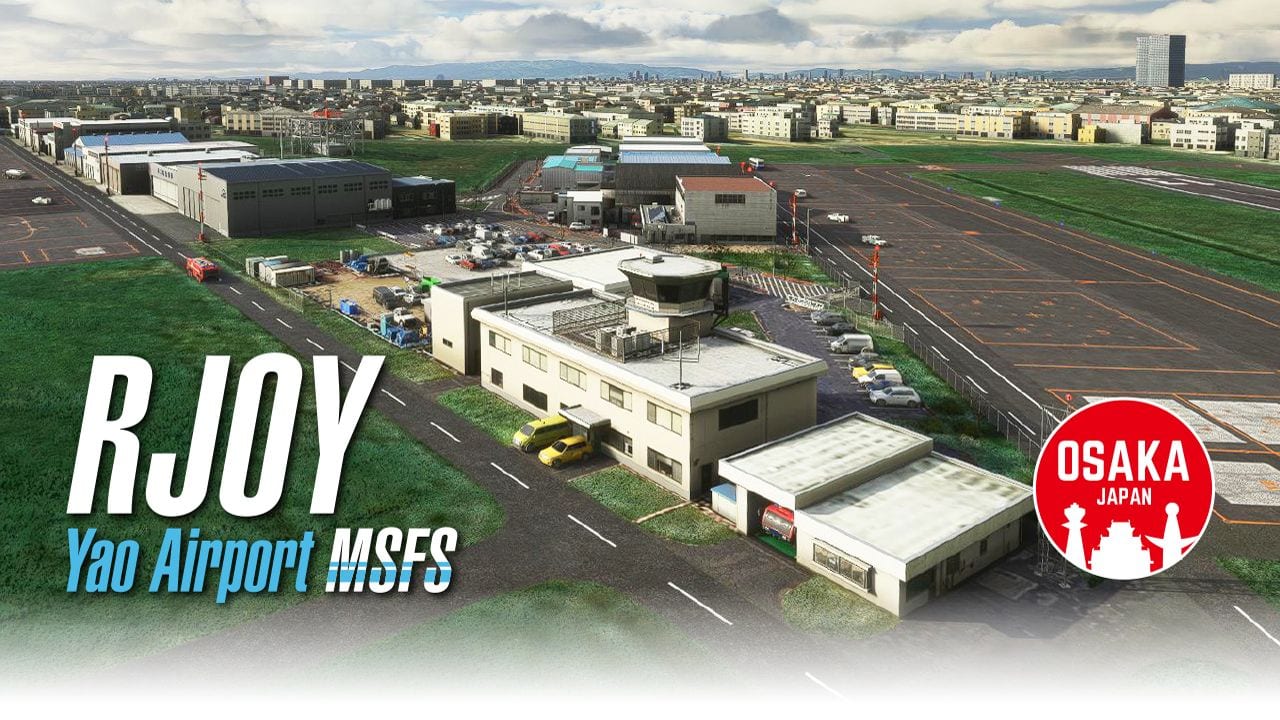 If you’ve been into flight simulators for a while, the name Technobrain may ring a bell, as they have been working on add-ons since Flight Simulator 2004.

They also create their own games, like the recently-released (in the west) I Am an Air Traffic Controller 4.

Apparently, now they have decided to step onto the Microsoft Flight Simulator scene.

Speaking of Yao airport, it’s now available on SimMarket for about $24 plus applicable VAT, with a temporary 30% discount from its full $34 price.

Below you can check out an official description and a gallery of screenshots.

Yao Airport is the most famous airfield for general aviation in JAPAN, like Meigs Field Airport in Chicago.  It has a cross runway and JGSDF, as well as a variety of aircraft fly here.  Examples are private aircraft, the media, and aircraft involved in disaster prevention.

In this product the object modeling and materials are designed so that the MSFS graphic performance can be maximized.  The hangars, added after 2015, are also represented, to display the airport as it currently looks.

FS Add-on collection series is made in JAPAN.