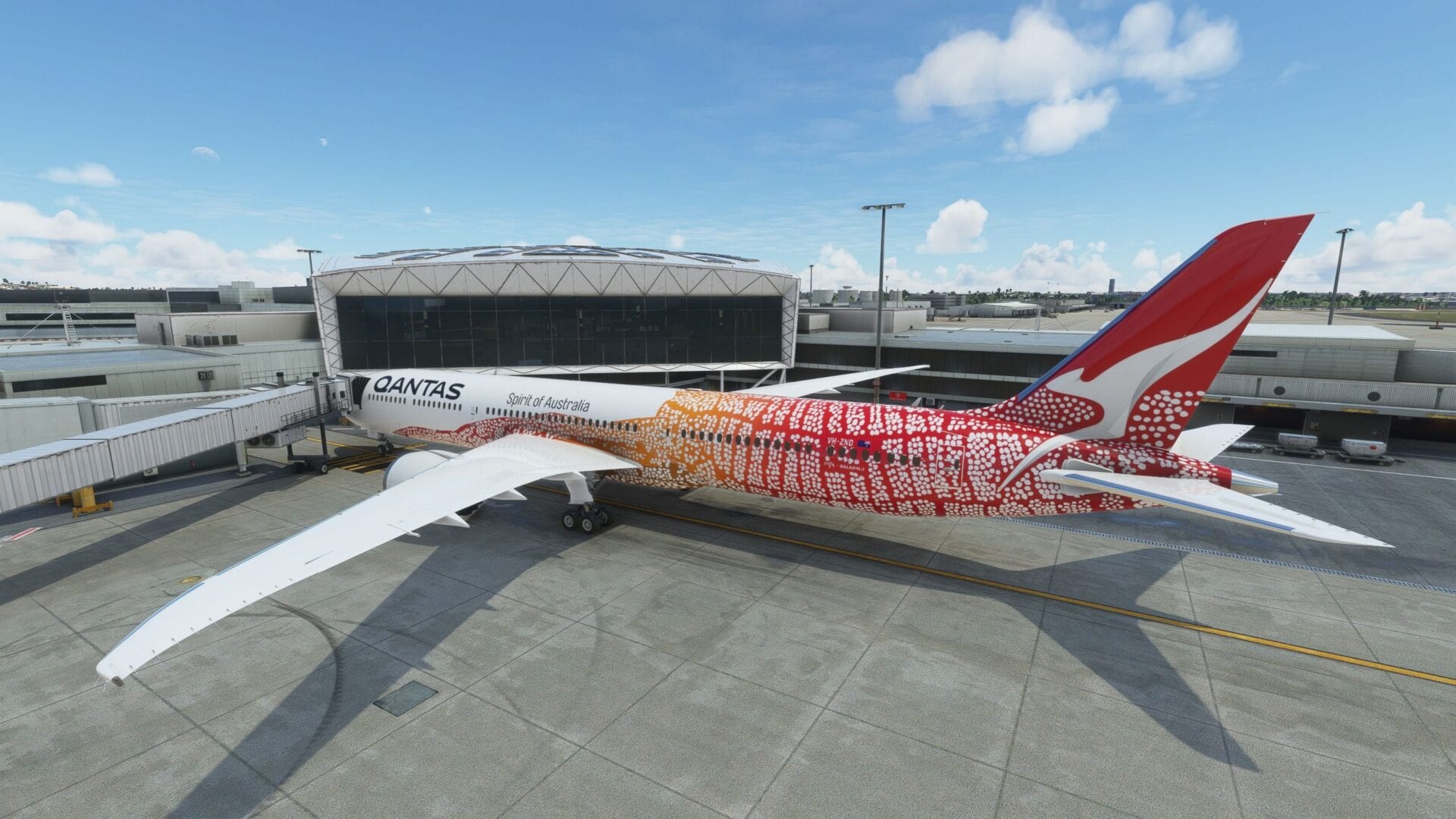 The add-on is now available on Orbx Central for about $18. It installs easily and quickly via Orbx’s installer, so you won’t need to deal with folders and copying files around.

That being said, you should uninstall the “handcrafted” airport that came with all editions of Microsoft Flight Simulator to avoid conflicts. All you need to do is to go into your “content manager” menu, search for “YSSY” and remove the package by Asobo.

Sydney Airport is the busiest hub in Australia and one of the busiest in the world, so you know you’re in for all kinds of flight simulation opportunities, from international long-haul to short airliner hops and large general aviation.

Another great perk is that it interfaces seamlessly with Orbx’s own Cityscape Sydney package, which is great because a lot of the approaches require you to fly over the city, enjoying its beautiful skyline. This doesn’t mean that you absolutely need to get the two add-ons as a pair, but it certainly doesn’t hurt.

FlyTampa offers an up-to date portrayal of YSSY as far as my research goes, and it’s certainly an extensive and complex airport.

If you’d like to see what it looks like in detail, you can check out the in-depth flyover video below, showing Sydney Airport under every angle, lighting, and weather condition. The second video showcases an ILS approach to runway 16R. Do keep in mind that the videos also include Orbx’s Cityscape Sydney add-on, which is purchased separately.

The airport is modeled on top of a custom orthographic texture that blends quite well with the surrounding. On top of that, the developers did a very nice terraforming work on elevation including tunnels, that disappear realistically under taxiways and runways. This is top-notch work compared to many add-ons that neglect this kind of detail.

The texture work on the runways and taxiways is absolutely fantastic, with plenty of weathering, discoloration, stains, and rubber marks. The patchwork of materials used for paving repairs over time is fully reproduced, and FlyTampa even went as far as depicting the grooving on the runways. This is not something you see often.

Markings are perfectly blended with the surface and are nicely visible without being too bright. They’re also depicted with great precision and functional, with all taxiways correctly recognized by the simulator’s ATC.

All three terminals are charmingly modeled and textured, with great use of physically-based rendering and weathering that make the airport feel nearly photorealistic.

A quite interesting approach has been taken in deciding how to handle terminal interiors and see-through windows. Only the main shopping area in Pier B of the international terminal has a modeled interior visible from outside, offering a small look inside where it’s most relevant without weighing on the framerate and without having too many transparent textures clashing with misty weather. It feels like a perfect touch and definitely not as random as I’ve seen in other add-ons.

Jetways are perfectly modeled, well-detailed, and animated, with different and realistic configurations depending on their real positions on the various aprons.

FlyTampa also went above and beyond adding many vehicles, clutter, and detailed high-resolution signage all over the place, which makes Sydney Airport feel really alive.

There are tons of small details to find everywhere in the airport, like animated elevators, small observation decks with binoculars, realistic billboards, and many more. It shows that this is truly a labor of love and great craftsmanship with few rivals in Microsoft Flight Simulator.

The approach to static aircraft is what I would define as the best of both worlds. While the aprons are not cluttered with them, FlyTampa did include two majestic Airbus A380 grounded by the COVID pandemic, on top of a few nice helicopters at the heliport. The A380 work perfectly to provide eye-candy without taking away much parking space for operations. They’re also a striking homage to an era of aviation that is likely going toward its sunset.

Speaking of weather, the airport’s awesome textures look great in the rain, despite the fact that a few fences (which are actually see-through textures) tend to stand out a bit when it’s misty or foggy. This is, of course, a persisting limitation of the engine. Snow coverage is a bit hit and miss, but this is still an ongoing problem in general in Microsoft Flight Simulator, even if it has been improved. Besides, Sydney doesn’t exactly get much snow.

Another touch of spectacle is provided by the night lighting, which is just spot-on, with dynamic elements like the blinking amber lights at runway intersections and floodlights of different colors giving the whole hub a realistic feeling after hours.

Performance-wise, you’d expect this to be a frame-rate hog, but it really isn’t. As a matter of fact, I have noticed no visible difference in frame rate between FlyTampa’s Sydney and the handcrafted airport provided with Microsoft Flight Simulator on my PC PC (RTX 3070, Ryzen 9 3900x, 32 GB RAM) at 1440p resolution and Ultra settings.

Considering the massive increase in detail, the developers have really done a masterful optimization job. Even paired with Orbx’s Sydney cityscape package, the impact on frame rates is surprisingly small.

Many may be wondering if it makes sense to purchase an airport add-on when the simulator already provides a “handcrafted” version for free. Your mileage may certainly vary here.

One thing is for sure: the difference between the two versions of the scenery is massive, truly showcasing what a dedicated and skilled team can achieve above and beyond even the best airports coming with the original game.

Microsoft Flight Simulator’s original version of YSSY is competent but cold and rather lifeless. FlyTampa’s rendition is lively, beautiful, and much, much closer to photorealistic.

Update: the original review stated that ground services were missing. Reinstalling Microsoft Flight Simulator with a clean Community folder partly solved the issue. Only the fuel service is still missing. At the moment, we don’t know precisely what caused the conflict, but if you don’t see any ground services, you may be affected by the same issue. The airport has most of them correctly implemented.

On top of that, parking ramps that are certainly not “gates” on satellite aprons have been marked as such, resulting in AI aircraft often spawning there instead of the terminals.

Those are small flaws, and in the case of the services that aren’t just cosmetic, they can be worked around. Yet, in an airport created to this level of perfection, they’re a bit unexpected. Hopefully, FlyTampa will correct them soon with an update.

Ultimately, this is without a doubt one of the best airport add-ons currently available for Microsoft Flight Simulator.

FlyTampa did a fantastic job in rendering the hub in spectacular detail without weighing much on performance, most definitely living up to its well-earned reputation as one of the top developers on the third-party add-on scene. 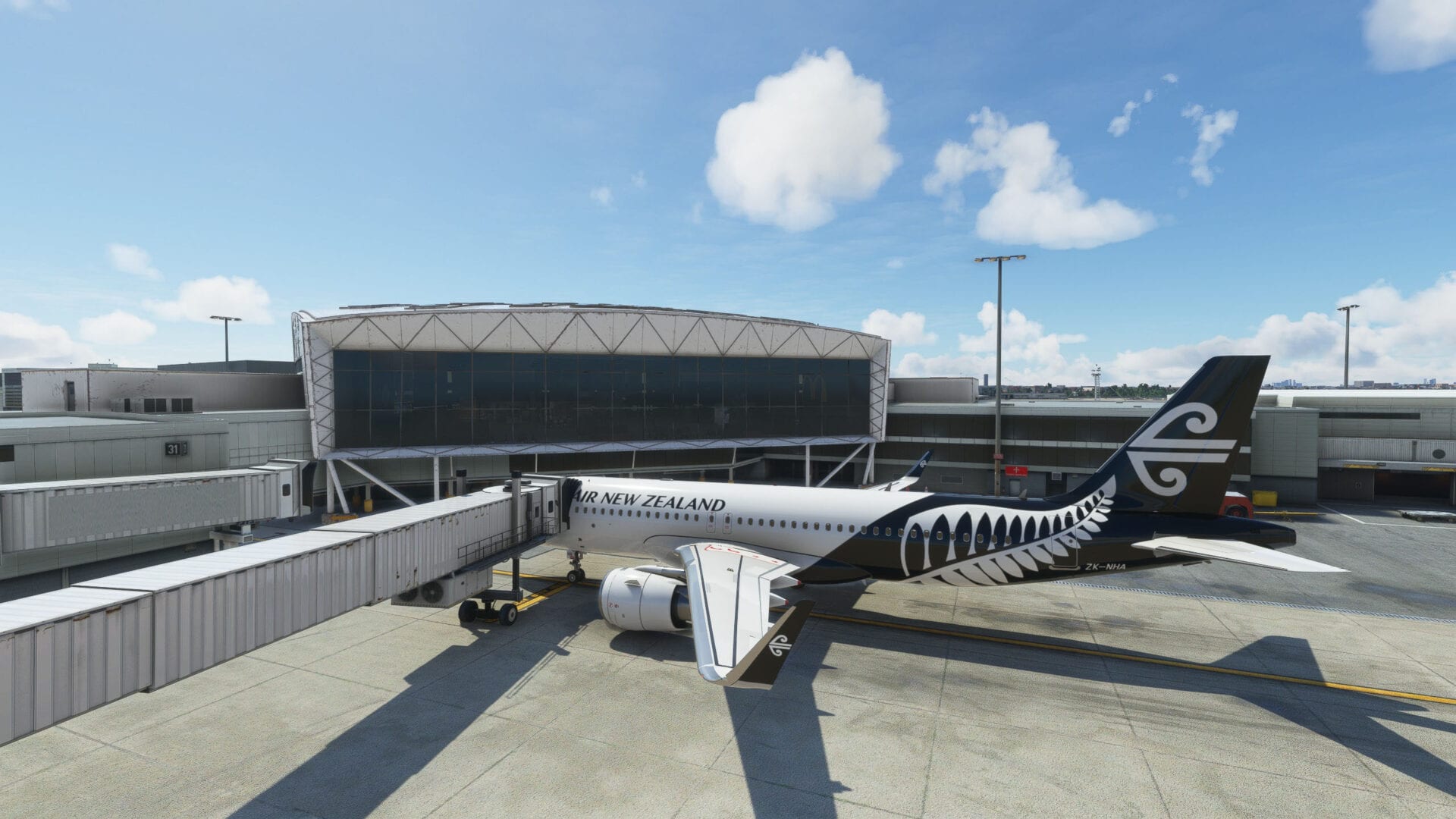