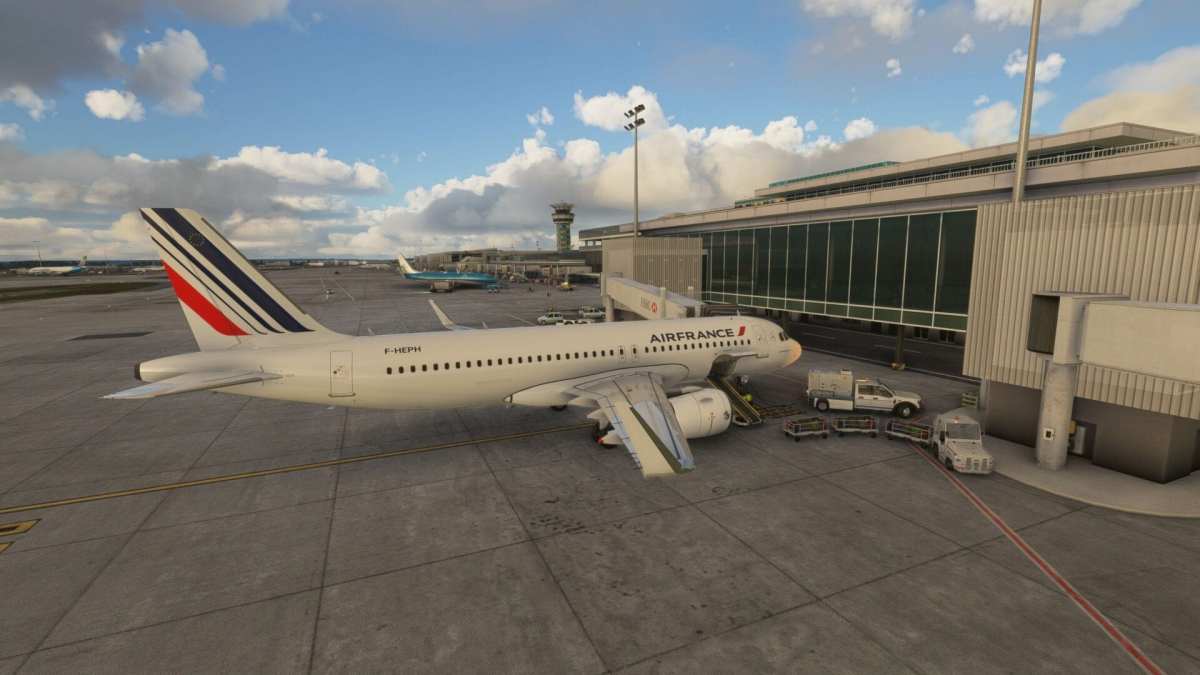 While Paris Orly (LFPO) may not be as glamorous as its bigger brother Charles de Gaulle, it’s a very important airport in the French aviation landscape, and the folks at JetStream Designs just released its rendition for Microsoft Flight Simulator.

The add-on is priced at $24 on SimMarket and installs via the Contrail client, so getting everything ready is fairly painless.

It covers the area of the airport and its immediate vicinity, including a few additional buildings (you can’t have France without Fnac) to help blend the scenery better with its surrounding. Even the famous Concorde parked close to the threshold of runway 2 is included.

The whole perimeter of the airport is correctly fenced, which is always a nice touch. Airports are some of the most heavily-secured facilities in the world, and seeing them with no fences always makes me frown a bit.

If you’d like to see what it looks like in detail, you can check out the in-depth flyover video below, showing Orly under every angle, lighting, and weather condition.

Another element that I consider quite valuable is the fact that the development team made sure we’re not looking at an outdated version of the airport. They didn’t simply look at Google Earth, but they actually did proper research to reproduce recent changes like the surface of runways and taxiways.

They even went above and beyond the call of duty by completing the latest addition to Hall 4, which isn’t yet open in the real world but will be in a few months. This is what I call futureproofing your scenery. Not everyone does it, and I’m delighted when I see it in Microsoft Flight Simulator.

The custom ortho that serves as the base for the airport is nice but a bit low-resolution, causing a few details to be blurrier than I’d like, including some like old and closed runways and taxiways that in my view warrant a crisper representation. You don’t land or taxi on them, but they do stand out. That being said, this is pretty much the only relevant flaw in the texture department.

The rest of the texture work is absolutely lovely. Terminals are crisp and well-weathered, with exception of the areas of the roof that you’ll never really see. That being said, the development team already promised to improve that part as well.

The weathering of materials is done so well that the new hall expansion I mentioned above has been made to look newer and less worn-out than the rest.

The whole terminal areas are full of delightful details, big or small, going from the giant and colorful landside facade of Hall 4 to the abundant and crisp signage all over the place. The attention to detail is simply top-notch.

The same can be said of the runway and taxiway markings and materials, that create a maneuvering and parking environment that is both realistic and eye-pleasing. Arrows, lines, and numbers show the perfect balance of crisp and imperfect to look exactly as they were painted on real concrete and tarmac.

The same attention detail granted to texturing can be seen in modeling, with a really superb rendition of the terminal and of the surrounding buildings.

Most glass is see-through but tinted and even scratched for added realism, and interiors are modeled. The effect is a joy for the eyes.

There is a ton of clutter and vehicles all over the aprons, ensuring that this feels like a “lived-in” airport from nearly every point of view.

Everything is enriched by generous use of physically-based rendering, giving materials a realistic look under every lighting condition.

Parts of the landside area are perhaps a little less spotless, with a few parts of the access roads that feature imperfect merging with the ortho and a bit less overall detail. That being said, this is far from inadequate.

The airport reacts extremely well to rainy weather, with textures that don’t lose detail in wet conditions. Unfortunately, the transparent glass doesn’t shade correctly in the fog, but this appears to be an issue with the simulator’s engine and not with this scenery.

Snow coverage is hit and miss, with some materials that are nicely coated and others that end up being clean. This should be, once again, a limitation of Microsoft Flight Simulator’s engine. Today’s update to the simulator may actually fix this since it will adjust icing and snow, and I’ll update this paragraph if it does. Update: the new patch indeed improves things considerably. There are still a few spots missing snow coverage, but it’s much better now.

Night lighting is superb, with floodlights doing a great job at illuminating the aprons, creating a great environment for your after-hours operations.

All the landing aids appear to be functional and well-calibrated, and I did not have any issue performing buttery touchdowns on all approaches.

One little issue I had is that I couldn’t call a fuel truck. Ground always refuses to send one, while other services are available. This is likely an oversight in development. It’s not terrible considering that you can refuel manually at any point, but it could use being fixed.

The aprons are populated with plenty of static aircraft that come with good quality and a competent representation of real airlines that visit Orly. That being said, I’d really love the option to disable them, which is something very few developers implement.

Last, but certainly not least, I should mention performance. I’m not sure what kind of black magic the folks at JetStream Designs used to achieve this, but I couldn’t record a clear FPS loss by activating the scenery compared to the absolutely underdetailed default airport on my PC (RTX 3070, Ryzen 9 3900x, 32 GB RAM) at 1440p resolution and Ultra settings.

I can’t say I’ve ever seen add-on scenery optimized this well before for Microsoft Flight Simulator, despite the fact that (as you can see above, with the add-on on the right) the improvement over the default airport is absolutely massive.

Ultimately, there’s no doubt that JetStream’s Paris Orly airport is a great product. The attention to detail is fantastic and the futureproof portrayal is very welcome.

At this point, I’d usually say that the improvement over the default Orly in Microsoft Flight Simulator is very much worth the loss in frame-rate, but since there’s no loss that I can perceive, it’s basically a win-win situation. 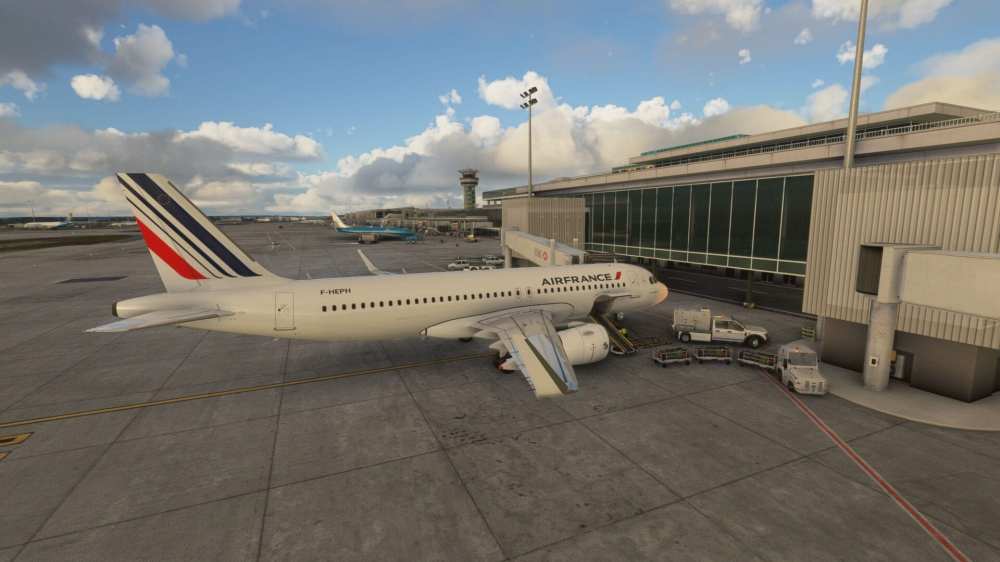