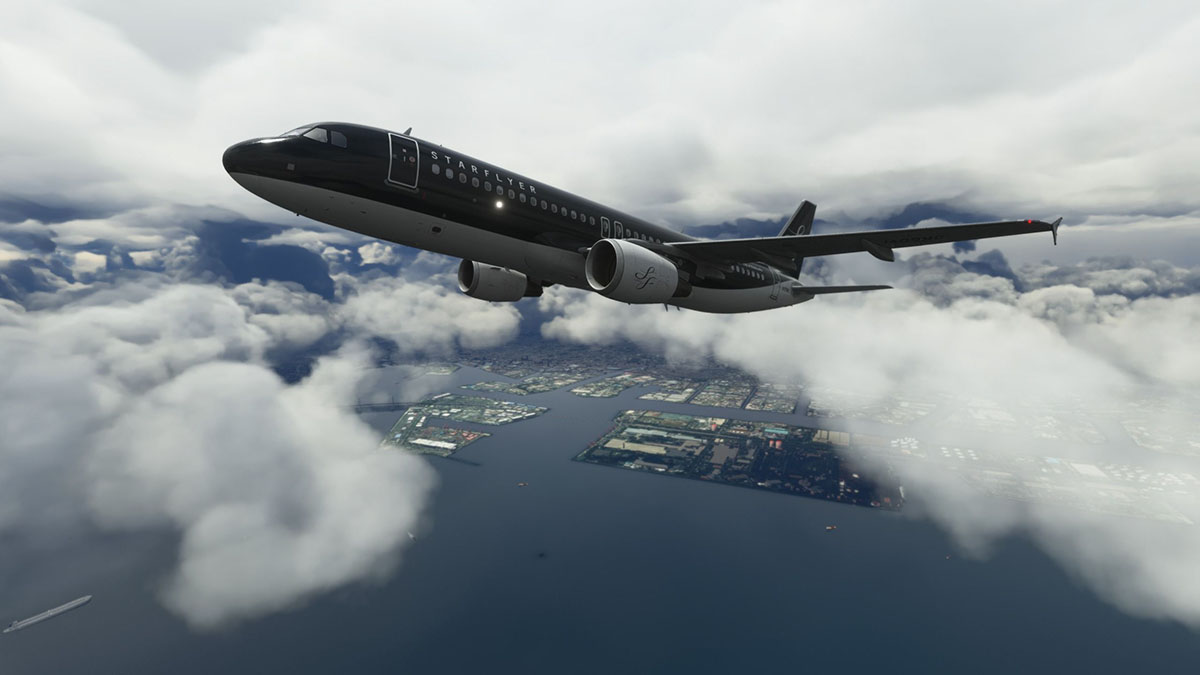 Third-party developer Fenix Simulations recently released its rendition of the Airbus A320 for Microsoft Flight Simulator.

The aircraft is available exclusively for the PC version of the simulator and as far as we know, an Xbox release is not planned. It can be purchased at Fenix’s own online store for £49.99 including taxes, making it the most affordable payware high-definition airliner for the simulator at the moment of this writing.

If you’re not used to flight simulation add-on prices, you may be surprised, and it’s certainly not “cheap,” but you can read our dedicated article to find some insight on why this is priced far higher than your usual DLC. That being said, if you want a highly-detailed modern airliner for Microsoft Flight Simulator, this is the most affordable you’ll find at the moment on the payware market, and it’s priced way lower than similar add-ons for older simulators.

After the installation, you’re provided with two different executables. The main executable is the one that will run the aircraft’s systems in parallel with the simulator. The second is the Livery Manager, and that’s where you start to see the value on offer here.

The manager allows you to download and install a whopping 178 liveries (at the moment of this writing) from airlines all over the world, both in 8K and 4K resolution depending on what works well with your hardware, including current and vintage options.

They aren’t quickly-made repaints for the sake of a high number to put in a marketing bullet point. They’re among the best and most realistic I’ve seen for the simulator, with an extremely high level of detail and great weathering.

The designers went as far as researching and replicating the stencils in foreign languages painted on liveries from non-English speaking countries, which is something you rarely see.

Once you get into the simulator and load the aircraft on the apron, you’ll notice that the same attention to detail has gone into the 3D model, which is absolutely fantastic both inside and outside.

This is arguably the best model of a third-party airliner for Microsoft Flight Simulator (which pretty much automatically means that it’s the best for every simulator) and it includes extras like a fully modeled and detailed cabin and galleys.

The flight deck texturing is just as good as the liveries, with plenty of weathering and dirt that make everything feel very tactile and “lived-in.” If you like super-clean and pristine flight decks, you’ll find this one a bit on the filthy side, but if you prefer your controls to look like they’ve been used for months or even years, this is exactly what Fenix’s artists have achieved.

Speaking of the flight deck, Fenix has implemented plenty of lovely extras like a choice of stand-by instruments between the old analog and modern digital ones (and the caging animation of the vintage artificial horizon is just lovely), or the ability to open the windows and lower the window shades (which actually work), and more.

If you want to see what the aircraft look like in detail, you can check out a full walkaround in the first video above, while the second walks you through the startup procedure from cold & dark to taxi.

The simulation of the Airbus A320 focuses on the older A320-200 with CFM56 engines and wingtip fences. That being said, Fenix has promised that IAE engines and Sharklets will be made available down the line with free updates.

The level of the simulation goes into extreme depth, with basically every switch and button working as you would expect in the real aircraft, interacting with fully-simulated systems like the electrical, hydraulic, or pneumatic ones. Fenix has also implemented many of the circuit breakers which is no mean feat in a modern airliner, integrated with an extremely comprehensive system that allows simulating a ton of different failures if you enjoy the challenge of problem-solving (with full ECAM guidance) instead of just flying from A to B.

One area that requires a bit more work, by Fenix’s own admission, is the fuel flow of the engines, that at the moment isn’t perfect (but it’s close enough). The developer already promised it will be improved going forward.

Not being a real pilot (let alone an Airbus A320 pilot), I can’t provide you with a precise assessment of the flight model, but it certainly feels natural, with the Fly-By-Wire system making this aircraft quite intuitive to fly. The comments I’ve been hearing from many real-world pilots are generally rather enthusiastic, so I’ll trust their word on that.

The avionics and MCDU (multi-function control and display unit) are extremely detailed and very solid in their reproduction, while both the horizontal and vertical navigation of the autopilot have worked flawlessly for me so far. These tend to be weak points on less advanced aircraft, but Fenix’s A320 simply works like a charm.

Another great aspect of this package is the EFB (electronic flight bag, basically the tablet that pilots use to support their operations). It’s highly advanced and it includes plenty of features, from the ability to configure various aspects of the aircraft to control over the ground services.

It also comes with a full load management system, which allows you to intuitively configure your fuel, passengers, and cargo without touching the Microsoft Flight Simulator’s weight & balance menu at all, which is great because the default feature is really rather clunky.

One of the most welcome aspects is the inclusion of full-fledged take-off and landing performance calculators, which are often omitted in this kind of add-on, and they work beautifully.

SimBrief integration is perfect, allowing you to uplink all the information you need for your performance calculations and MCDU programming, making some of the most complex and time-consuming aspects of flying an airliner (and getting it ready to fly) pretty much a breeze.

As a very welcome bonus, the EFB screen can be streamed to a real tablet, allowing you to control it via touchscreen like a pilot would do, which is just lovely.

The overall feeling from all these features is that Fenix’s A320 is a very well-rounded and complete package, with the developers having done their very best to include everything you need to enjoy this aircraft to the fullest. If you have experience with flight simulation and these kinds of high-fidelity add-ons, you likely know that this is not absolutely not-obvious, with elements like the EFB, performance calculators, equipment variations, and such often omitted, or even locked behind additional purchases.

The one thing that’s missing is in-depth documentation, with the rather slim user manual mostly explaining how to configure the add-on. It will not teach you how to fly an Airbus A320, nor how to actually use its advanced systems. Luckily, there are many tutorials online that will help those who have never flown this kind of aircraft before or are used to the much-simplified default A320neo provided with Microsoft Flight Simulator.

On the other hand, the audio suite is definitely great, with very realistic sounds associated with pretty much every aspect of the aircraft, from the roar of the engines to something as subtle as the click of a button.

While that’s not spectacular performance (albeit it’s at least partly justified by the simulation’s complexity), Fenix is at work on improving it and has already released an update that came with some gains on certain systems.

On top of that, you can decide to render the screens on your CPU or GPU, or even your CPU’s integrated GPU that is normally doing nothing at all. Another element that certainly helps is the option to switch the resolution of the flight deck’s screens on the fly, which can gain you precious frames temporarily at busy airports, where your framerate will suffer the most.

Ultimately, Fenix’s Airbus A320 for Microsoft Flight Simulator certainly appears to have lived up to its hype. Despite the fact that it was created by a new brand, its developers have proved that they can challenge the most established studios in the industry, and arguably come up on top.

Alongside the recent wave of advanced airliner releases, this aircraft definitely contributes to proving that Microsoft Flight Simulator isn’t just pretty graphics, but it’s worthy of representing the next generation of the genre for advanced enthusiasts just as much as it does for casual flyers.

Fenix’s A320 is a joy to fly, and it’s easy to recommend to anyone who wants to approach the deeper aspects of flight simulation. 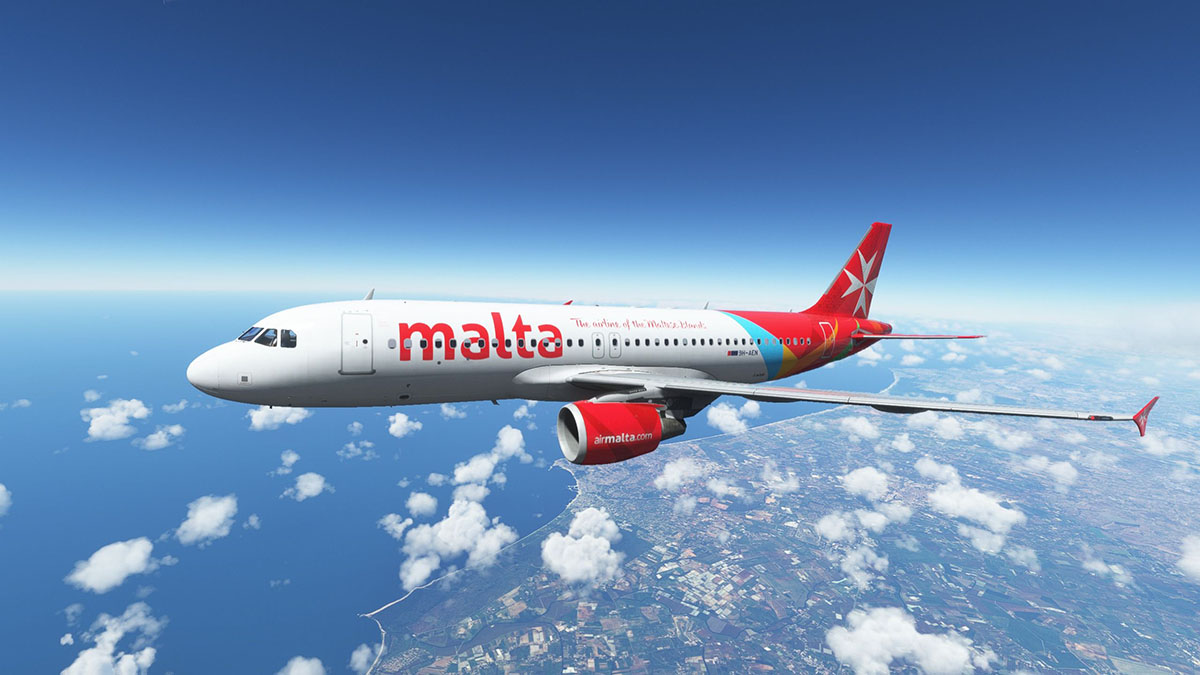