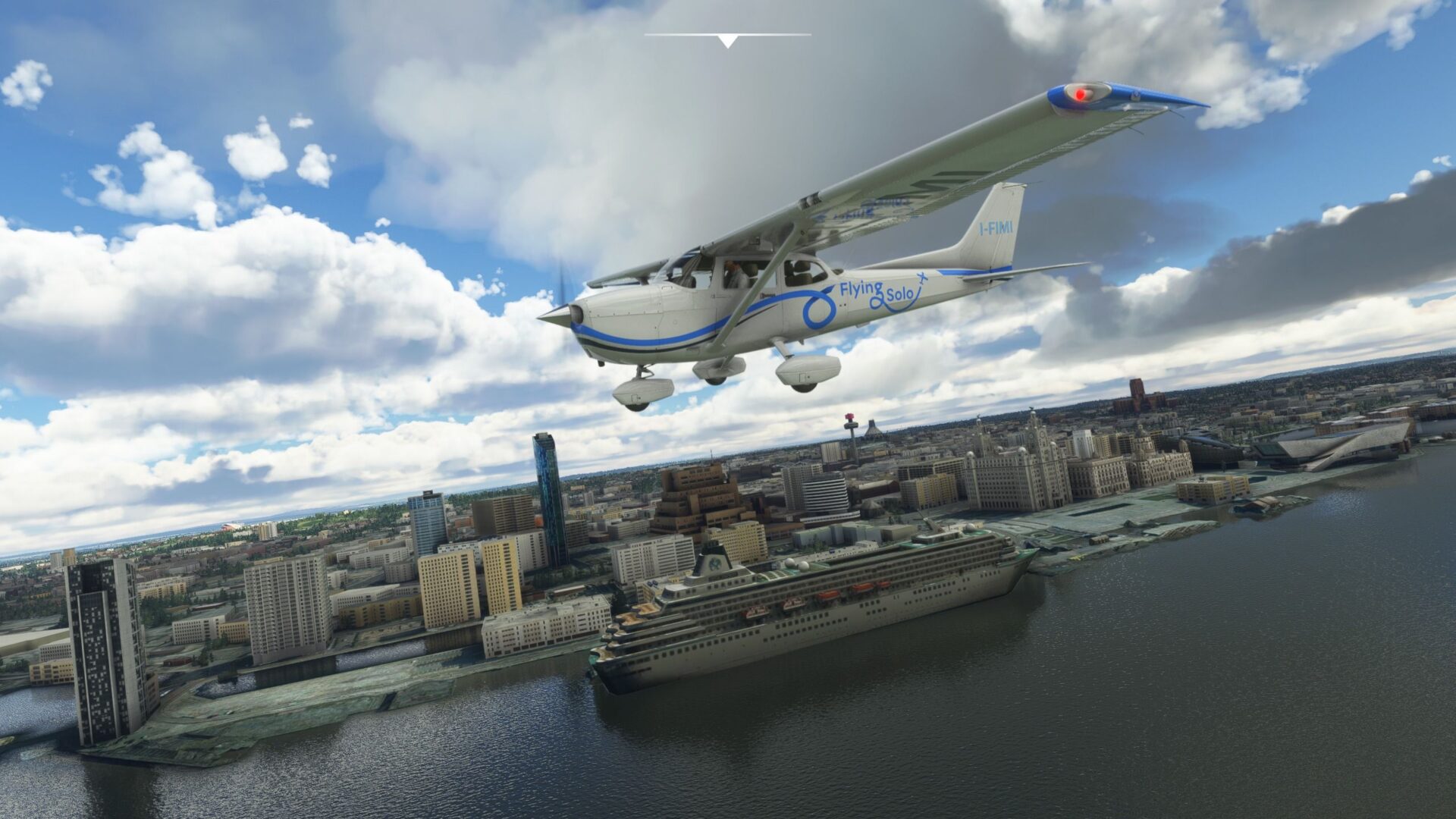 This add-on is the first major release of its kind (at least to my knowledge) as it doesn’t just focus on adding detail and landmarks to a single city or a small area, but to an entire region, the whole central part of England.

It’s available on Orbx Direct for $13.45, which means it can benefit from the publisher’s own Orbx Central client for installation and updates. It’ll also come to the official marketplace, at which point it’ll be available for Xbox Series X|S as well.

The concept for this add-on is inherited from previous simulators, which require extensive and expensive add-ons for their landscape to look even close to decent by today’s industry standards.

On the other hand, Microsoft Flight Simulator suffers from no such issue, being able to count on detailed scenery for the whole world. While this reduces the need for this kind of add-on, it allows developers to add to the overall looks of the game while keeping the price of the package down, as they basically only need to model relevant landmarks. The base simulator takes care of the rest.

Great Britain Central does exactly that. It adds a metric ton (hundreds) of landmarks all over the region, from cathedrals to castles, skyscrapers, bridges, power plants, lighthouses, and many more recognizable buildings.

On top of that, it also places a special focus on a few cities, including Manchester, Liverpool, Leeds, Media City Salford, Sheffield, Blackpool, and Newcastle by adding clusters of landmarks that restore their skylines or most recognizable features.

While the base Microsoft Flight Simulator achieves remarkable results in reproducing the general landscape of the whole world, it’s inevitable that the cities that have not received the photogrammetry treatment don’t look all that close to their real counterparts.

Skylines are a major culprit, as Bing (which is the source of most of the data) doesn’t always have reliable height information for all the buildings. While this add-on spreads its landmarks across a very large area, it does a good job at restoring the familiar silhouette of its focus cities.

It also adds elements that were almost criminally skipped by the world update that focused on the United Kingdom: a good example is Blackpool, which finally gets its iconic piers to accompany the tower.

Monuments that were interpreted by the simulator’s procedural engine as big ugly office buildings like the Liverpool Cathedral are finally restored to their full splendor. Below you can see a comparison showing what I mean.

On top of that, there is much to see even beyond cities, with tons of countryside landmarks like castles, lighthouses, and various additional points of interest. If you like to explore while flying low and slow, this is pretty much a perfect addition to your collection.

Things may be less clear-cut if you exclusively fly airliners, but this will still improve the looks of the surroundings while operating at a few major airports like Manchester and Liverpool.

The quality of the assets is usually high both in texturing and modeling, with many that are really spectacular, definitely good enough for being enjoyed even from a low altitude. They’re enhanced by proficient use of physically-based rendering, and they blend very well with the surrounding autogen buildings.

I’ve spotted a couple of minor rough edges like an alpha issue on the iconic gate of the Royal Air Force College in Cranwell, but that’s a rather isolated case that is bound to be fixed soon.

The one noticeable flaw is that (as far as my testing goes) none of the landmarks gets any snow accumulation. This is a bit odd, considering that Orbx definitely knows how that’s done and had spotless snow coverage even in addons located where it never snows, like Singapore. I imagine this may be an oversight, and it’ll hopefully be addressed before the winter since it definitely snows in England.

Night lighting is generally good, but it may be considered a little weak for some of the buildings compared to their autogen surroundings.

Small issues aside, it’s impossible not to recognize this addon’s value. The amount of quality content it offers is very high and it will certainly enrich your experience of flying over the region.

While it’s not as dense as a dedicated city package, during normal operations you fly across a city and away from it in minutes if not seconds. On the other hand, the enhancements provided by Great Britain Central will be in sight for a long time as you explore the countryside.

As for performance, I haven’t seen any relevant drops on my PC (RTX 3070, Ryzen 9 3900x, 32 GB RAM) at 1440p resolution and Ultra detail settings. This really isn’t a demanding package in terms of hardware resources.

Orbx is positioning itself more and more as the market leader for landmark add-ons, and this one certainly solidifies that position.

If you enjoy flying over England (and the northern coast of Wales), its historic cities, and its beautiful countryside, Great Britain Central is really easy to recommend, especially for those focusing on general aviation and sightseeing flights.