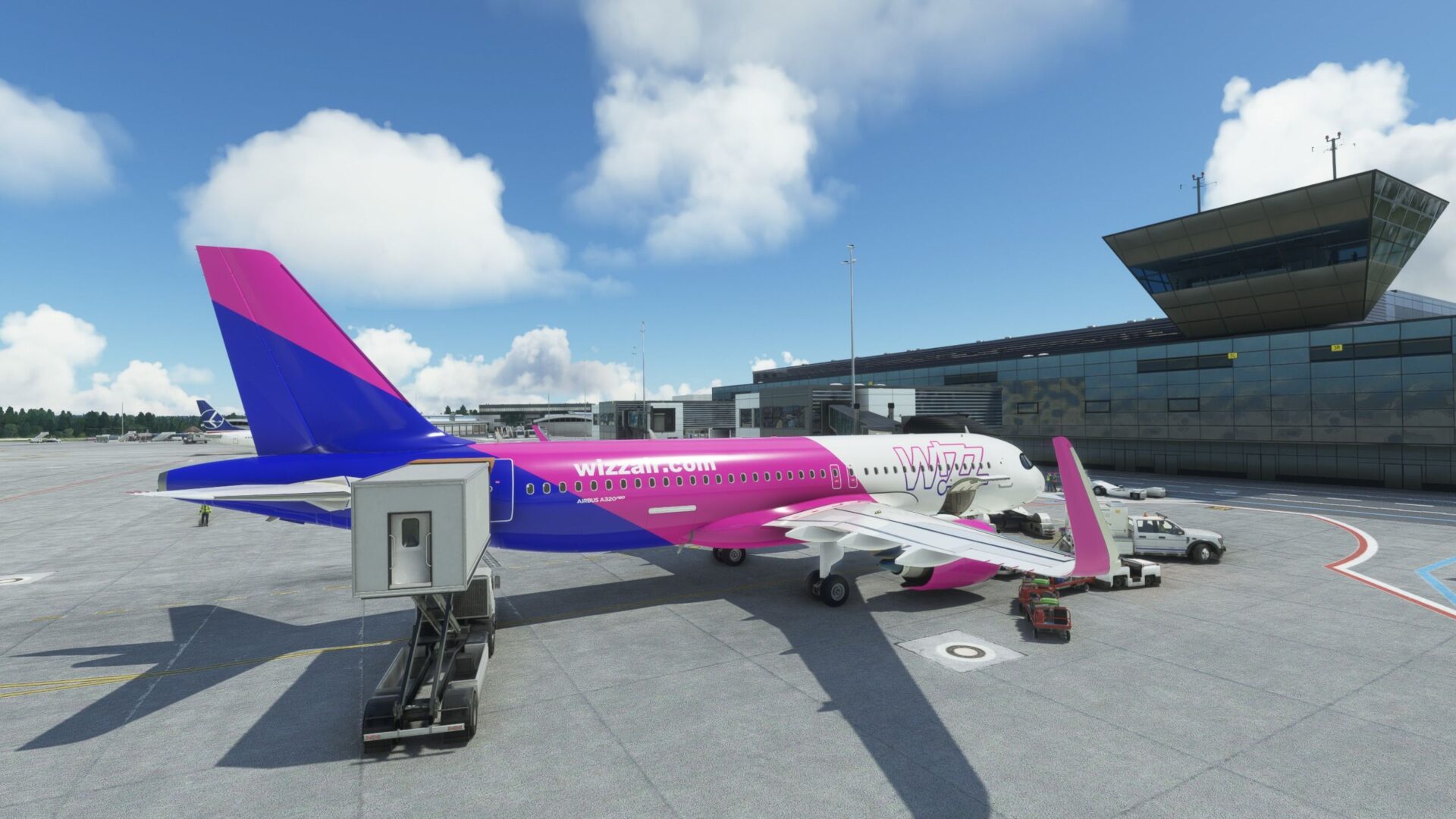 As the second-busiest airport in Poland, EPKK is another relevant addition to the simulator. It’s a hotspot for low-cost carriers like Wizz Air, Easyjet, and Ryanair’s local arm Buzz, on top of many more traditional airlines. It’s also a mixed-use airport used by the Polish military.

The airport is available on Orbx Direct for approximately $24, which means it can be installed and updated without any issue simply by using the publisher’s handy Orbx Central client.

If you want to take a good look at what the airport looks like, you can watch an ILS approach and landing on runway 25 in the first video below, and a full flyover in a variety of lighting and weather conditions in the second video.

This package includes a lot more than just the International airport. It also comes with Kraków-Rakowice-Czyżyny Airfield (EPKC) and a large number of bespoke landmarks for the city itself.

The additional airfield, located in the middle of Kraków, isn’t much in operational terms (it’s closed to most flights and it’s basically just a runway), but it’s quite relevant as the location of the Polish Aviation Museum, which means that you can find all of its historical aircraft modeled and on display.

On the other hand, EPKK is fully functional. All the instrumental approaches, SIDs, and STARs are correctly implemented, and if you prefer visual approaches the PAPI lights are well-calibrated and will guide you on the right glide path.

Taxiways and ramps are also implemented and labeled matching the charts, so you won’t have any trouble finding your way around by following the default ATC and Live AI Aircraft will navigate the aprons correctly. That being said, I’ve seen some failing to take off from runway 25 and some disappear after landing, and I couldn’t identify the cause.

The orthoimagery that serves as the base for the airport is quite crisp and detailed, nicely showcasing the tilled texture of the ground around the runway.

Speaking of the runway, taxiway, and aprons, they are all beautifully textured and featured correct markings reproducing the most current layout I could find basically to perfection.

We see just the right level of weathering and the markings feel spot-on, not too blurry nor too bright or cartoony.

The interior is fully modeled, allowing to travel pretty much without interruption from the jetways (which are also custom and superbly detailed) or the aprons to the landside area.

This is without a doubt one of the most detailed airports of this size I’ve ever seen in Microsoft Flight Simulator, if not the most detailed. Reproducing a smaller general aviation airfield to this standard isn’t too uncommon, but you don’t see many sizable international airports that look this good.

The other airport buildings, towers, and hangars, aren’t less beautiful or detailed, even if they don’t feature modeled interiors.

Terminal 2, the cargo terminal, and its adjacent offices have their interiors made with parallax shaders, which still do a good job while saving resources.

The military base is also lovingly modeled and textured, matching the quality of the rest of the airport and featuring plenty of static models of the EADS CASA C-295s that you’ll indeed find at the real airport.

Speaking of static models, Drzewiecki Design has been updating its airliners, and they’re beautiful, with modeled doors for cargo and passengers, an actual cockpit, a relatively high polycount, and crisp textures. One is also animated, being towed back and forth on the apron and adding a bit of life to the airport.

I’m aware that many are iffy on the presence of static aircraft, but I am absolutely fine with them when they look this good, even if I hope the developer will offer an option to remove them once the simulator receives better air traffic implementations.

The rest of the clutter on the aprons and airport vehicles are also very well made, featuring the correct logos that you’d find at Kraków.

There are also plenty of people modeled around the airport (some of which assembled in the act of boarding or leaving aircraft). They’re well-placed, but they’re static and more importantly, their quality doesn’t match the rest of the scenery. Of course, it’s a nitpick, but worth mentioning considering that the overall quality is so high.

The level of detail doesn’t drop even when you look at the landside area, which is again, one of the best I’ve seen in a while: parking slots and silos, hotels, walkways, checkpoints, and signage are a pleasure for the eye.

To give you an idea of the crazy level of detail featured in this scenery, the train station is fully modeled with passengers and all, it features an animated train and… 3D tracks. Most developers will be perfectly content with portraying the tracks with a flat texture on the ground, but Drzewiecki Design went above and beyond.

Moving a bit further away from the airport’s fence, you’ll still find plenty of additional bespoke models, including highway toll gates, a McDonalds, and the facilities of the airbase with its static display vintage aircraft.

It’s fairly obvious to me that someone at Drzewiecki Design must really love dioramas because the work that has gone into reproducing additional areas that almost every other developer would either miss or neglect is absolutely refreshing.

Moving away from the airport you’ll find the hills near Kraków decorated with their very visible monuments including Piłsudski’s Mound, Kościuszko Mound, and the Camaldolese monastery.

Lastly, we get to the city itself, which is a joy for the eyes. You’ll find the iconic city center with St. Mary’s Basilica, the Cloth Hall, the Town Hall Tower, the Wawel Royal Castle and its cathedral, the Church of St. Wojciech, and more.

If you’ve ever visited Kraków in Microsoft Flight Simulator, you’ll know that this area actually comes with its bespoke model by default… and yet Drzewiecki Design decided to remake it with better quality. Talk about dedication…

There is no way I can mention everything here, but what Drzewiecki Design modestly describes almost in passing with a single line in its marketing is pretty much equivalent to the content you’ll often find in a city add-on sold separately for $10-15. The value offered here is arguably unparalleled.

Speaking of weather, the scenery reacts well to the rain (only the glass parts stand out a bit too much in the mist) and the snow coverage isn’t 100% perfect, but better than most.

Night lighting is also great, within the airport itself, in its surroundings, and across the whole city.

That’s astonishingly good considering the absolutely massive disparity in detail between this scenery and the default area in Microsoft Flight Simulator. You can check out the difference in the gallery above.

Ultimately, what can I say about this package that I haven’t already? Kraków John Paul II International Airport (and everything that comes with it) is arguably the best, if not the best, scenery add-on I have tested for Microsoft Flight Simulator to date.

Not only its quality is extremely high across the board, but the value offered is exceptional, providing you with all you need to enjoy the location not only on the ground but also during the approach and departure.

I love when I see developers raising the bar both in terms of quality and quantity, and this add-on definitely does. 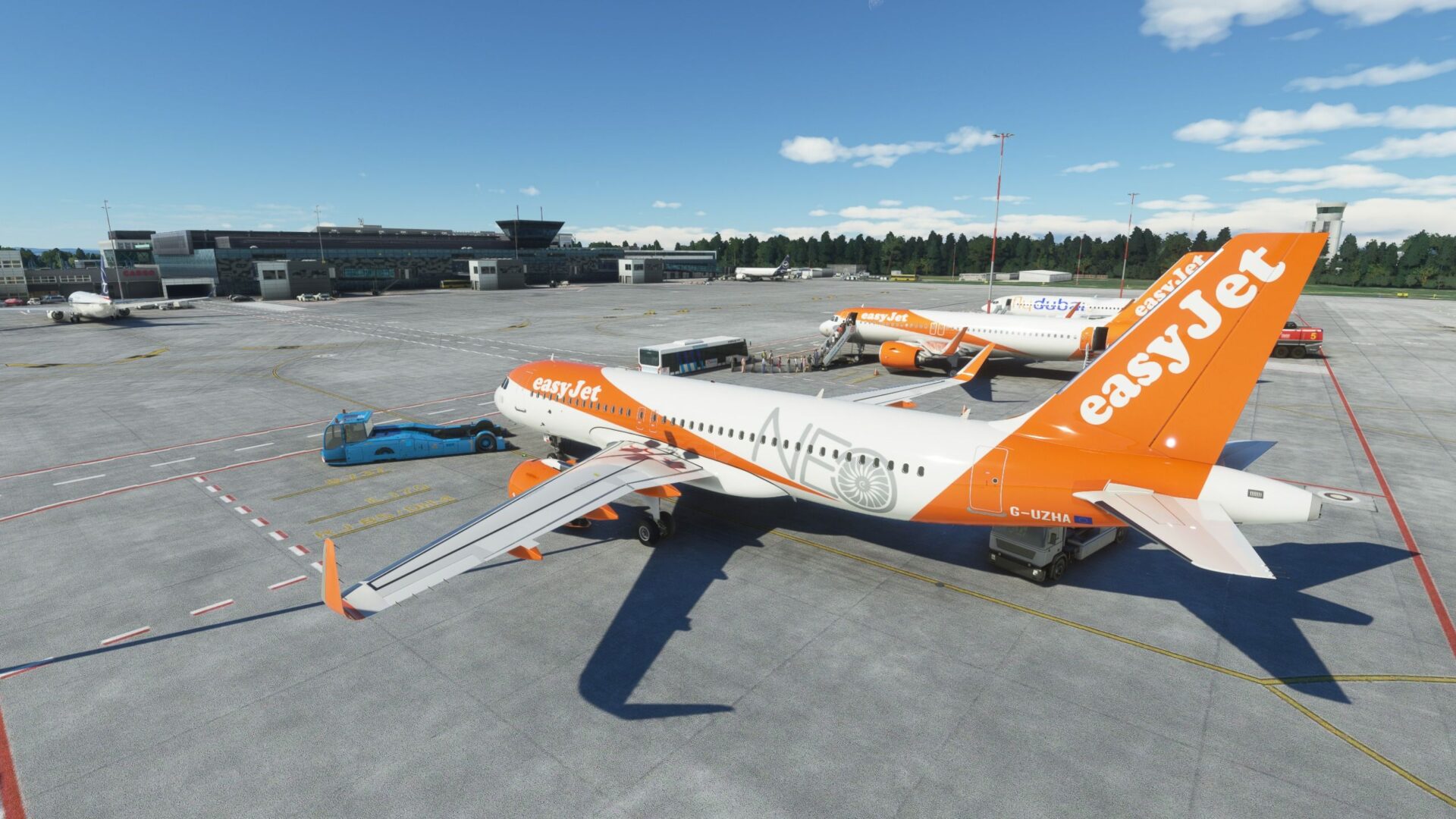