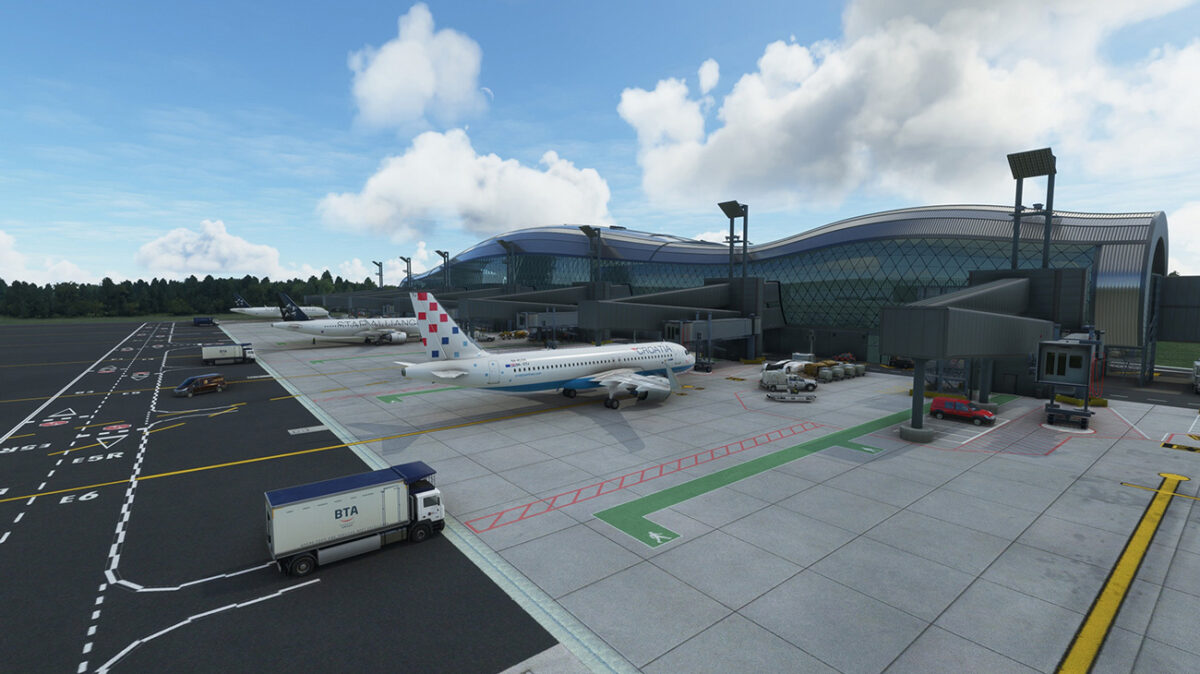 Today third-party developers have delivered the usual slew of news and reveals for the popular Microsoft Flight Simulator.

First of all, Aerosoft released Franjo Tuđman Airport (LDZA) in Zagreb. It can be found on the publisher’s own store for €18.40 including applicable VAT.

The Aerosoft Airport Zagreb DLC comes with all detailed 3D modeled and PBR as well as normal textured terminals, airport buildings and facilities including the complete military area of LDZA. Immerse yourself in this place that fits seamlessly into the MSFS environment with custom orthophoto maps that show the current situation on the ground.

Lots of little details around the airport are animated, e.g., the windsocks, air and ground radar antennas and custom jetways. Near the airport there is an old wooden chapel of the Wounded Jesus from 1758 and renovated in 1896. In the distance, you can spot the TV tower on the hill Sljeme and the ruins of the medieval fortified town Medvedgrad.

All the parking codes, navaids, ground marking, and taxiway layouts are based on recent charts. The slope of the runway was made according to the airport technical documentation.”

Next comes Axonos, which announced that its Perth (YPPH) in Australia will be released next week. Pre-orders are already available on the developer’s Gumroad’s store.

“Welcome to Perth, the Western capital of Australia! With the 4th busiest airport in Australia, Perth can be travelled to from hundreds of different locations, with flights from many Asian, African, Australia and European cities arriving each day.

Located in the north-east of the city, Perth Airport sees an average of 14 million passengers each year, with some of the busiest routes seeing flights to Singapore, Melbourne, Brisbane and Denpasar.

Axonos is proud to be able to present their first scenery for Microsoft Flight Simulator.

Being shipped with not just a detailed rendition of the airport, the product also contains custom objects for the city of Perth and multiple notable landmarks – adding to extra immersion when departing and arriving. For extra authenticity, the scenery has been built from the ground up, native to Microsoft Flight Simulator. With 4K textures spread out across the airport, accurately placed upon high quality custom 3D models, no detail has been spared.”

From the Philippines we have Airwil Sceneries with the announcement of the next airport in the works, Pagadian Airport (RPMP).