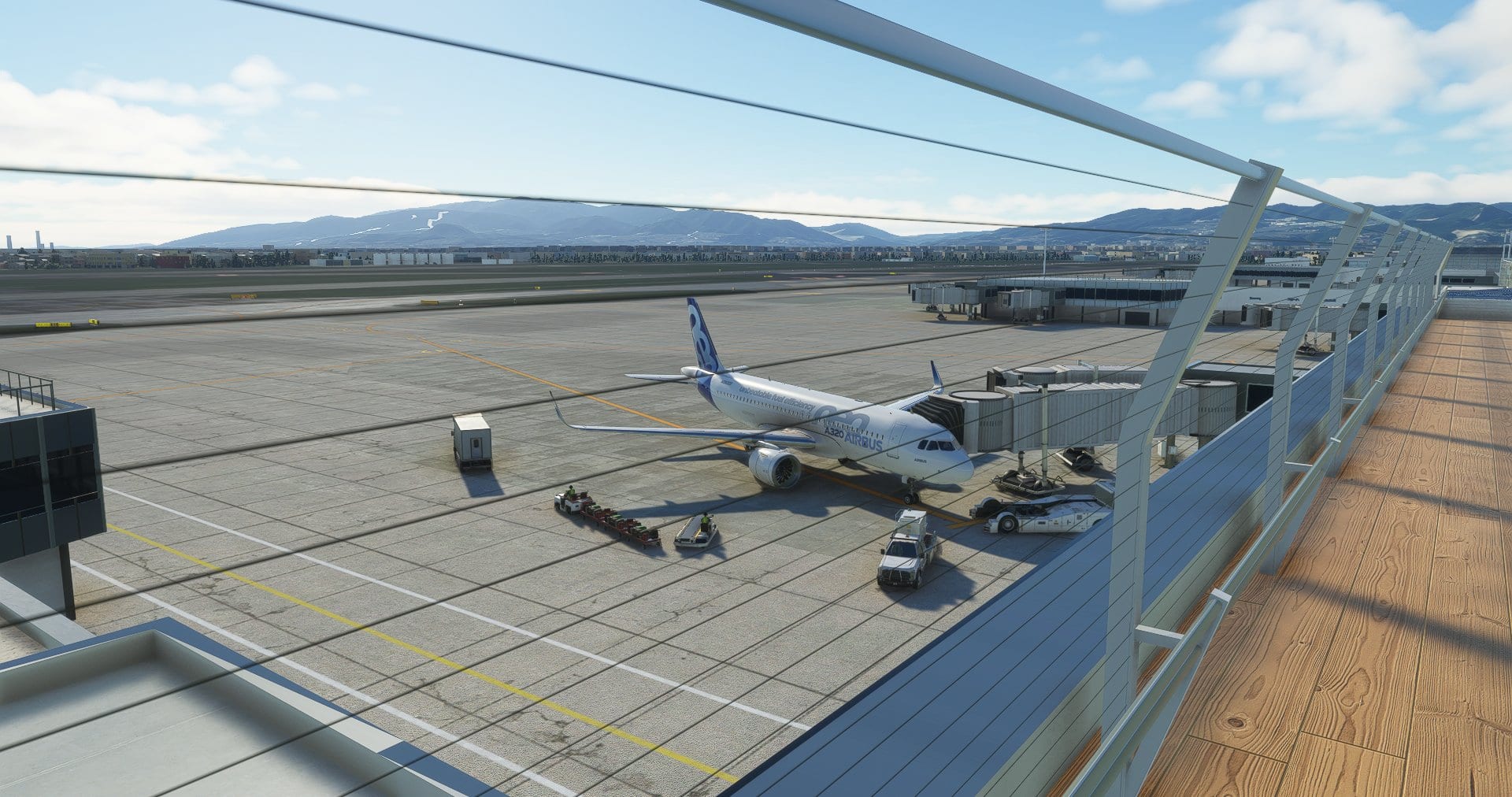 Today is another big day for airport developers for Microsoft Flight Simulator, with plenty of announcements and releases.

A spin-off group from Metropolitan Airport Development Brothers (who recently released Chofu) is working on one of my favorite airports, Osaka Itami (RJOO) in Japan.

While in recent years it has lost traffic to Osaka Kansai airport, it still hosts a lot of scheduled flights, and features a very scenic approach over the city.

Next is Axonos, who announced Perth (YPPH) in Australia with a teaser trailer.

On the other hand, Orbx goes back to Europe with the scenic Samedan (LSZS) in Switzerland. Below you can check out plenty of images and a features list.

Moving on to releases, Aerosoft launched the historical Wasserkuppe (EDER) in Germany by  Stairport Sceneries.

It’s available on the publisher’s own store for a quite affordable €10.20 including applicable VAT.

For something even more affordable, AUscene released Aldinga Airfield (YADG) in Australia.

It doesn’t get more affordable than this, since you can grab it at the developer’s own store for… free.

Moving on to challenging approaches, here’s one of the most dangerous airports in the world from Pearl Simulations, Ísafjörður (BIIS) in Iceland.

It’s available on SimMarket for $9.40 plus applicable VAT.

There’s also news for those who want more aircraft with IndiaFoxtEcho providing new images of its SU-31.

We also get a development update, with the mention that it requires an estimated 100 work hours to be completed. There is no target release date yet.

Since today is April 1, Aeroplane Heaven released a… cardboard Spitfire, but the formation masters at FlyFS still managed to make it look majestic.

Last, but not least, we get some acquisition news. The popular charts and navigation data service Navigraph acquired the flight planning portal SimBrief.

That being said, the flight planning service will remain free. The two services had been working together for a long while, integrating Navigraph’s AIRAC data into SimBrief’s plans, so this is hardly surprising.