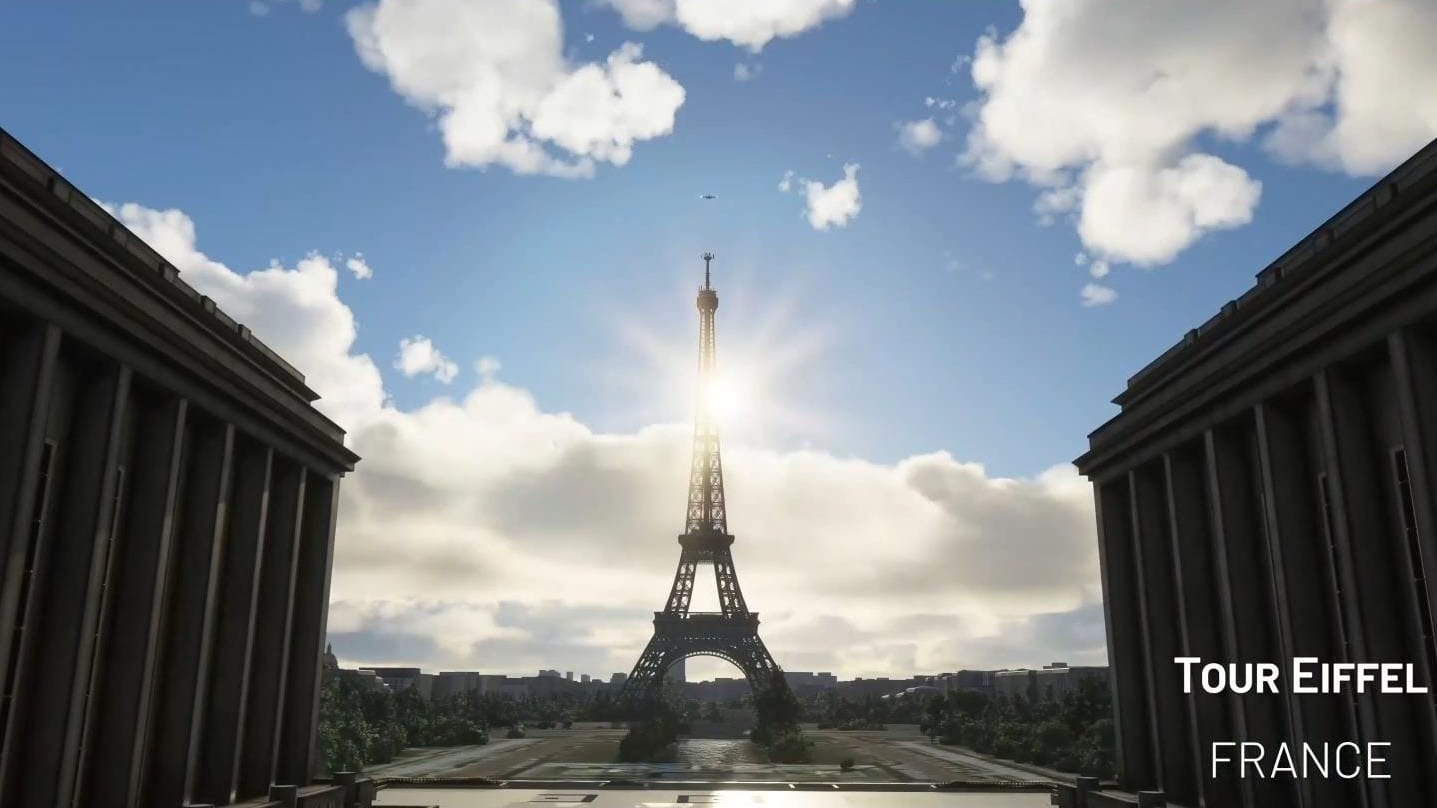 First of all, we get to see a teaser trailer of the upcoming World Update 4 dedicated to France and Benelux (Belgium, Netherlands, and Luxembourg).

We also get additional details about the World Update, which will include new aerials and a new digital elevation map with a 1-meter resolution for France.

The bespoke airports that will be added are Altiport Megève (LFHM), Nice Côte d’Azur Airport (LFMN) and Rotterdam The Hague Airport (EHRD). They’re all modeled by Gaya Simulations.

Orbx is also working on adjusting over 100 more airports. An announcement about an “airplane” has also been teased.

A bush trip and a landing challenge will be included alongside over 100 points of interest.

New photogrammetry will be implemented for Paris and Amsterdam, and BlackShark.ai is also working on new autogen buildings appropriate to the region including churches and windmills.

Speaking of photogrammetry, work by the Bing team has been teased that will significantly improve the quality of existing photogrammetry. This is coming later this year. London’s quality and frame rate issues have also been acknowledged. The city will be revisited and improved down the line.

We also learn that World Update 4 will include Japanese and Dutch localizations.

As an additional but very important piece of news, Matt Nishan from Working Title announced that the core team will transition to work full time for Working Title Simulations, which will officially partner with Asobo and Microsoft and bring their expertise to the simulator.

The CJ4 by Working Title may become available as default and the plan is to have the mods by the team integrated into the base simulator.

There may also be a hotfix for the performance issues that happened with the latest Sim Update, but it wasn’t confirmed. The team is considering having beta tests for sim updates.

On top of that, World Update 5 and Sim Update 4 will be combined to reduce the number of development branches.

Last, but not least, the possibility of a beta test for the Xbox Series X version is a “maybe” for now, and it may be talked about next month.

Working toward the Xbox release, Asobo is focusing on “lossless optimization,” meaning rewriting things more efficiently without any degradation for quality but taking fewer resources. This will benefit the PC version as well.

Recently, we published our massive interview with Jorg Neumann, who provided a lot of new info about the present and future of the sim.