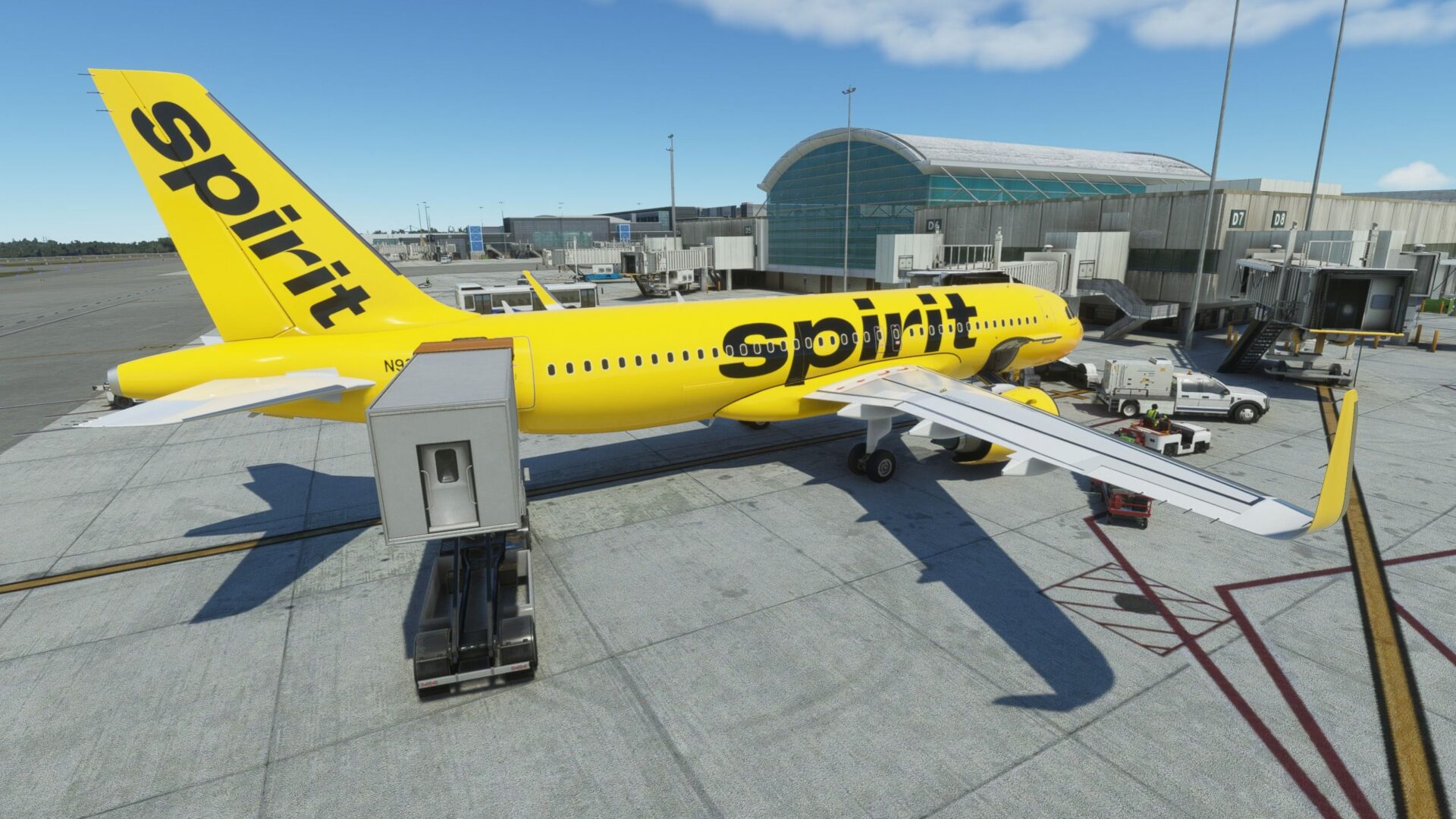 As one of the busiest airports in the United States for both passenger and cargo traffic Fort Lauderdale is an ideal base if you enjoy flying to and from (or within) Florida.

On top of that, the area is very well represented with add-on Airports including Miami, Key West, and More, and basically blanketed in detailed photogrammetry. It’s certainly a very fetching backdrop for all kinds of flights including airliners, general aviation, business aviation, and cargo.

The airport is available on LatinVFR’s own store for $17.99 and uses the Contrail application for painless installation and updates.

If you want to take a good look at what the airport looks like, you can watch an ILS approach and landing on runway 10L in the video above, and a full flyover video below.

The airport is fully functional, with all of its SIDs, STARs, and approaches. Visual aids include a correctly-calibrated PAPI system that matches the required glideslopes.

The complex web of taxiways is also correctly configured and labeled, ensuring that you’ll receive the proper ATC guidance to and from the ramps. Live AI aircraft also have no issues negotiating the airport, and you’ll see many at Fort Lauderdale basically around the clock.

The orthoimagery that serves as the base of the airport is nicely detailed and vegetation is well-placed to give it a natural look.

Yet, one of the most relevant elements is the terraforming around runway 28L, with its iconic slope as it climbs across a highway.

Considering the terraforming limitations imposed by Microsoft Flight Simulator’s fledgling SDK, LatinVFR did a laudable attempt at shaping the terrain correctly. While the result isn’t 100% perfect, it’s certainly better than what I expected when I heard someone was working on Fort Lauderdale. It’s functional, and it doesn’t look too bad from most angles despite a few bumps and the fact that the embankments feature jagged contours (they look a bit Minecraft-y) instead of smooth curves like the real-world counterpart. It’s obvious that the developers were forced to find workarounds here, and they did what they could.

The rest of the highway interchanges around the airport shows laudable modeling that is pretty rare in this kind of scenery. Again, there are some imperfections here and there, but overpasses look solid instead of the flimsy and flat cardboard-like polygons that you see from many developers.

Another very positive aspect is that LatinVFR didn’t just take advantage of the surrounding photogrammetry. Instead, they enhanced it greatly with plenty of bespoke 3D models.

The area of Port Everglades has been enhanced, which is great because it’s right under the approach of two runways, but the team went several steps further also adding multiple skyscrapers in the downtown area.

The iconic Seminole Hard Rock Hotel & Casino with its guitar-shaped tower has also been modeled, which was definitely needed: the default photogrammetry used in Microsoft Flight Simulator is old, and the hotel appeared still at the beginning of its construction in the default scenery.

Thanks to LatinVFR, now you can enjoy its sight as you approach runways 10L and 10R. This is, as usual, something I definitely appreciate in airport scenery. Too many developers stop right at the perimeter fence and forget that the experience and immersion provided by an airport are greatly enriched by detailed surroundings to enjoy on final approach and during take-offs.

The surface of runways, taxiways, and aprons is well-textured and precisely reproduced almost everywhere (including the 3D Engineered Materials Arresting System), and the markings aren’t just correct, but also pleasing to the eye, not too bright and not too faded. Plenty of dirt, stains, and weathering completes a great job done on this part of the airport.

The terminals are nicely modeled and textured, with partial interiors that can be quite scenic (albeit the landside area is a bit flat and empty). Clever use of parallax shaders and physically-based rendering make the windows where interiors aren’t modeled quite believable, at least during the day.

Speaking of PBR, it’s widely used across the airport in combination with great weathering, creating surfaces that look very realistic and lifting the quality of the airport as a whole. This applies to the tower, hangars, and the rest of the airport’s buildings.

While the jetways are beautifully detailed, the research I’ve done about the airport shows that many display airline signage on their sides in the real world, while they don’t in this reproduction. While I can guess a couple of reasons why they may have been omitted, I’d have certainly preferred to see them included.

There are quite a few parked static aircraft, but they’re placed on remote aprons, well out of the way of most operations. They add flavor due to the correct airline liveries that you’d find at Fort Lauderdale (Spirit, JetBlue, United, and Silver) on top of plenty of business jets. Their quality is a bit rough, but they do their job.

I would have liked to see a bit more clutter on the aprons, but there are plenty of details around the runways, including the VOR antenna, equipment booths, and more.

The airport looks great in the rain, with ground textures that react very well to being wet. Snow coverage isn’t great, but it doesn’t need to be as it doesn’t really snow in Fort Lauderdale.

Night Lighting is mostly competent, but that’s where the difference between transparent and opaque windows becomes a bit too noticeable. There are also a couple of buildings on which lighting appears to have been overlooked.

Speaking of performance, the developers have done a great optimization job here. On my PC (RTX 3070, Ryzen 9 3900x, 32 GB RAM) at 1440p resolution and Ultra detail settings, I did not notice any performance degradation, which is very impressive considering that the add-on implements tons of details compared to the default scenery in Microsoft Flight Simulator. You can see the difference in the screenshots above.

Ultimately, Fort Lauderdale-Hollywood by LatinVFR is a very good package, showing great modeling and even better texturing. It has to contend with terraforming limitations, but it’s still laudable that the developers did what they could to work around them with a fairly positive result, all things considered.

The overall high quality, the massive improvement over the lacking default scenery, and the very welcome addition of extra details beyond the airport’s borders make this add-on very easy to recommend.