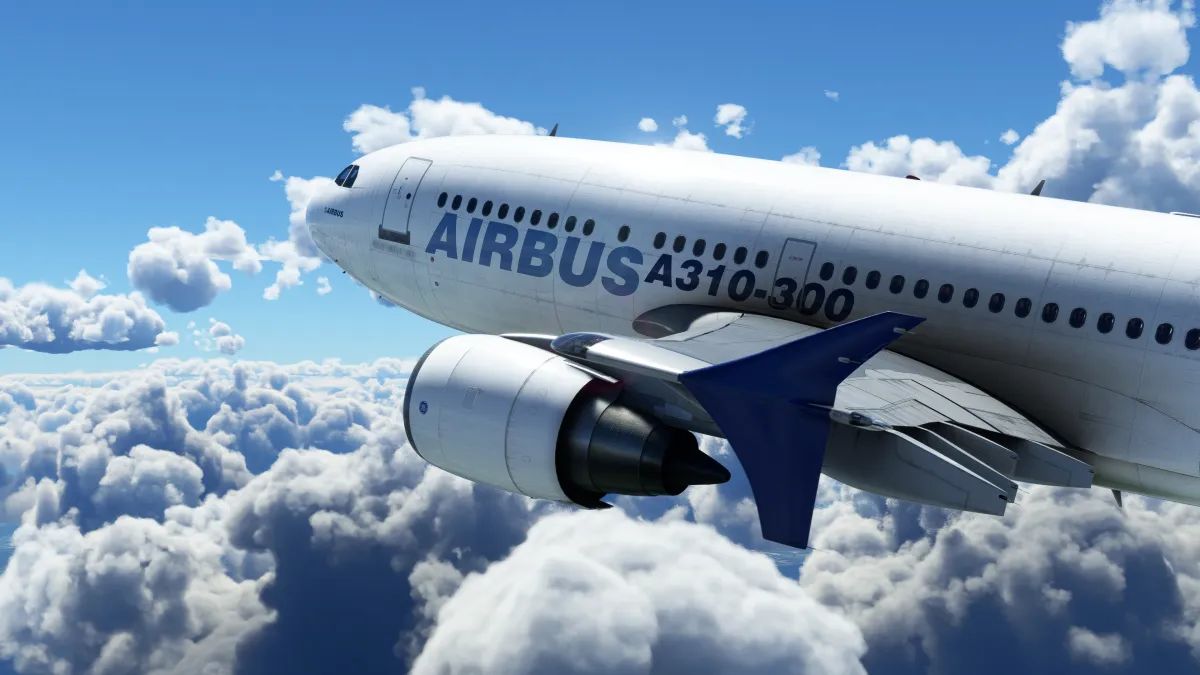 In November 2022 the game is going to get a free “40th Anniversary edition,” including some fantastic free content that you can see below.

We take a look at helicopters and gliders in action in a brand new trailer, alongside the historical Wright Flyer, Spirit of Saint Luis, and more aircraft created by well-known third-party developers like iniBuilds, Milviz, Bluemesh, and Aeroplane Heaven.

But that’s not all, as a Pelican starship from Halo Infinite is available today as a free add-on.

This is the list of the free aircraft that we’re getting with this expansion.

Below you can check out a few screenshots of the Airbus A310 directly from IniBuilds that is working on it, alongside an extensive explanation of what we can expect.

“This post will be focused on the status of the iniBuilds A310. This was first announced in October 2021, and we are extremely pleased with the development progress of this aircraft.

For those who are visiting us for the first time, and don’t know what the A310 is, allow me to explain! The A310 is a wide-body aircraft designed by Airbus Industrie (a group of European aerospace manufacturers in the 1970’s-1980’s). The aircraft introduced a two-crew glass cockpit and is truly a versatile aircraft perfect for short-long haul operations (up to 10 hrs!). It existed in many variations and iterations; our aircraft on initial release will be the A310-304 powered by General Electric CF6-80 engines, passenger variant only.

Since the initial announcement we have re-modelled significant areas of the aircraft and completely re-textured the aircraft making full use of the powers of Microsoft Flight Simulator to provide a fantastic visual experience alongside a focus on the details of the Airbus A310.

We have ensured all rivets, panel lines, dirt placements and decals were technically analysed and placed throughout the aircraft to provide you with a truly immersive experience when flying this highly advanced aircraft from the 1980’s.

With all iniBuilds aircraft you can expect the complete package; visuals, systems and sounds. This aircraft will be no different. We are super lucky to have access to a real-life flying aircraft throughout the development process and have been able to acquire authentic sound recordings from each area of the real aircraft.

You can expect an excellent audible experience, dynamically balanced within a 3D environment, coupled with location dependent audio, as well as the inclusion of audio based on a variety of environmental conditions.

Moving onto systems: we have completely re-written our code base for the Microsoft Flight Simulator version, enhancing and improving our A310 systems in all areas from the previous iteration of this product. Significant parts of aircraft have greater levels of dynamic behaviour and reliance for example in our electrical system; each item within the aircraft has an impact on the power drawn from the generators, even individual fuel pumps, which will cause realistic electrical system demand changes.

The FMS (flight management system) which is an essential component for the navigation of the aircraft, has been completely re-written from the ground up allowing for more realistic operations on day-day flying, along with new features not previously seen on iniBuilds products. The FMS will allow for full lateral and vertical guidance modes including RNAV approaches and overlay NDB VOR approaches. We will provide a comprehensive training guide on these, and how they can be used. Please note this is not a modern Airbus so there are some quirks and they have been fully reflected in the aircraft to provide a great deal of immersion, and these will all be explained in our training series!

In addition to these fantastic systems, we will also provide a newly designed, feature-rich EFB (electronic flight bag). This will allow you to manage weight and balance, interact with the awesome ground services in Microsoft Flight Simulator and much more!

We hope you are as excited as we are for this complex airliner to come to Microsoft Flight Simulator. In the next few months, we will be showcasing more pictures, videos, and training guides, so even if you’ve never flown an airliner before, or you’re a seasoned pilot on another aircraft, you can all enjoy this aircraft upon release.

Now for the information that everyone wants to know; pricing and release dates!

We also get to see the DC-3 from Aeroplane Heaven, with the mention that all the liveries showcased so far will be available via an additional free package.

You can purchase it on SimMarket for $17.77 plus applicable VAT.

You can purchase it on SimMarket for $13.75 plus applicable VAT.