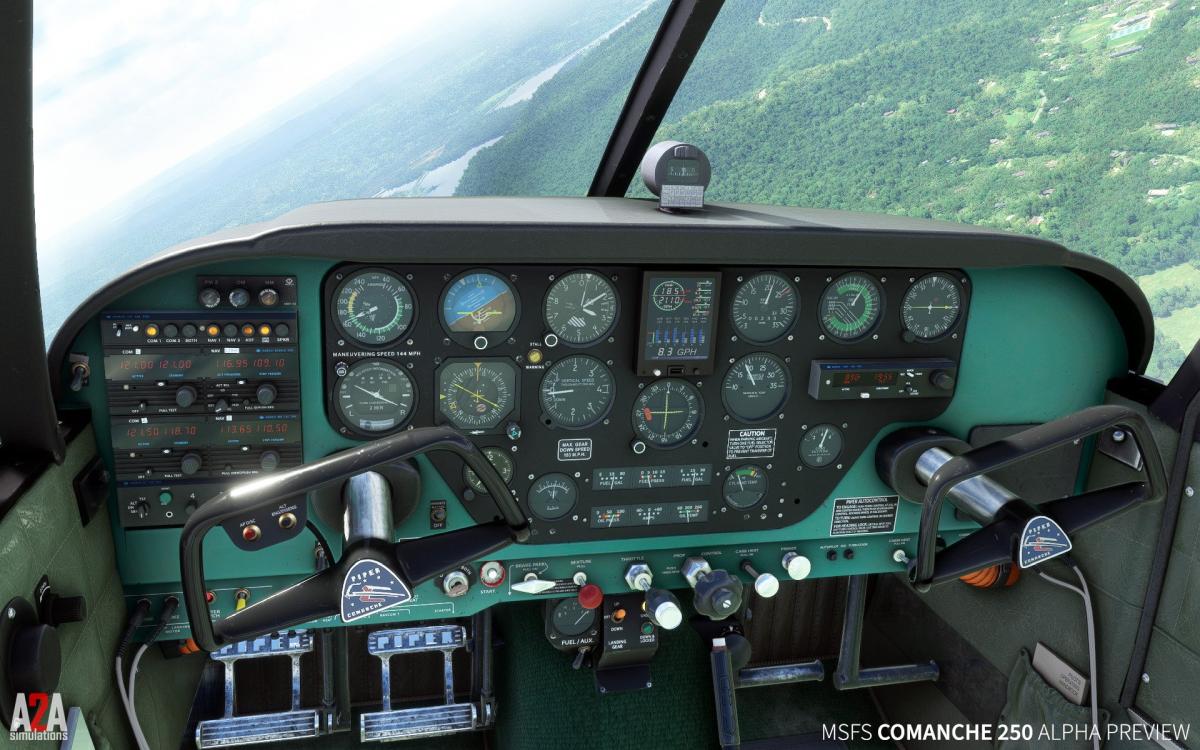 We finally get to see screenshots of the cockpits of the AccuSim Piper PA-24-250 Comanche by acclaimed developer A2A Simulations.

The developer mentioned that the screenshots were taken straight from the simulator without any processing. The folks at A2A are “working around the clock to make this the very best airplane we’ve ever made in every aspect, physical, visual, and aural.”

The aircraft is not in beta yet, but “progress is moving quicker and quicker every day.”

Next comes Verticalsim, which restarted working on its rendition of Boise Airport (KBOI) in the United States after some disruption following the latest World Update.

We go down under with AUscene, which provided another look at the interior modeling of the showcasing the departures side of the terminal of Hamilton Island Airport (YBHM) in Australia.

The terminal will be entirely explorable, including the lounge.

Last, but not least, we return to Japan with Gate15 Scenery, which released two screenshots of the JSDF hangar of Tokushima Awaodori Airport (RJOS) hosting the 14th Squadron and its helicopters.