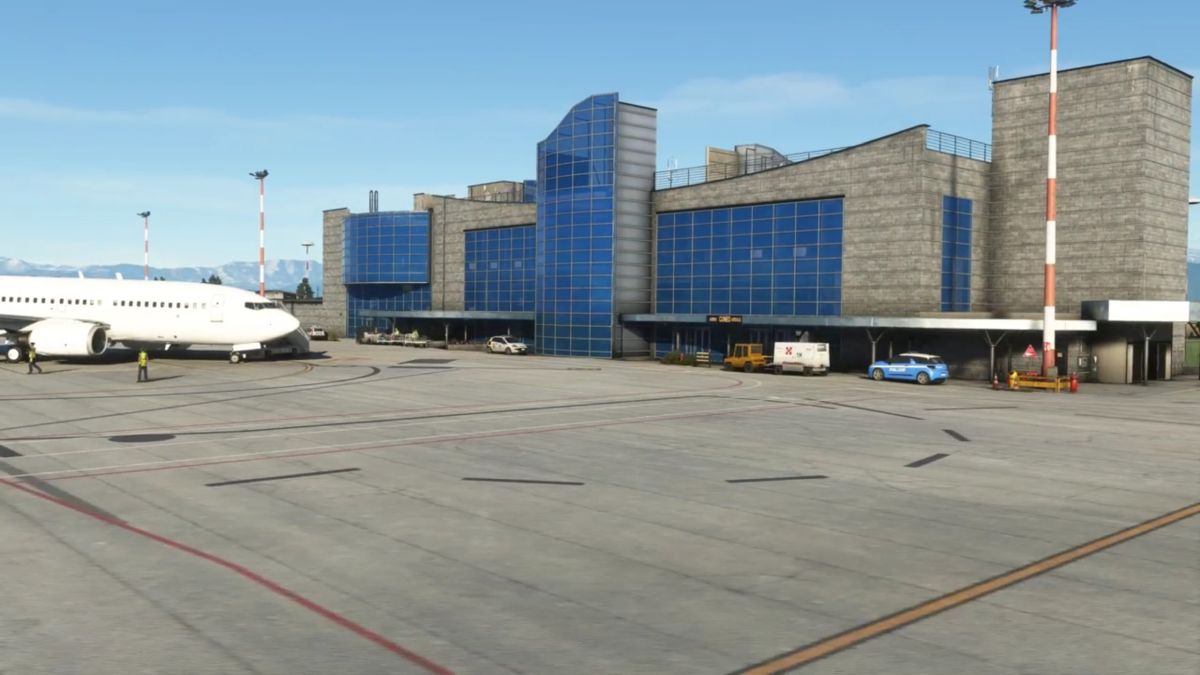 Today third-party developers had a few interesting reveals and a release to share for Microsoft Flight Simulator add-ons.

We start with Saviart, which released a short video showcasing Cuneo Levaldigi Airport (LIMZ) in Italy.

This airport has been in a bit of a limbo for quite a while, as it has been sent to Microsoft for release in the official marketplace a long while ago, but it has not been released yet.

Drzewiecki Design showcased Rzeszów–Jasionka Airport (EPRZ) in Poland, which is “on final.”

Apparently, the developer has worked on implementing low-poly luggage to decorate its airports starting with this one.

AUscene released new images of  Hamilton Island Airport (YBHM) in Australia. The developer is currently working on the terminal interior of the scenery, which will be its most extensive yet including the Airport, Marina, Resort, and Dent Island.

Moving on to a release TEIKOF Studio, which released Matecaña International Airport (SKPE) serving the city of Pereira, Colombia.

You can purchase it on Simmarket for approximately $15. Below you can see a trailer and read an official list of features.