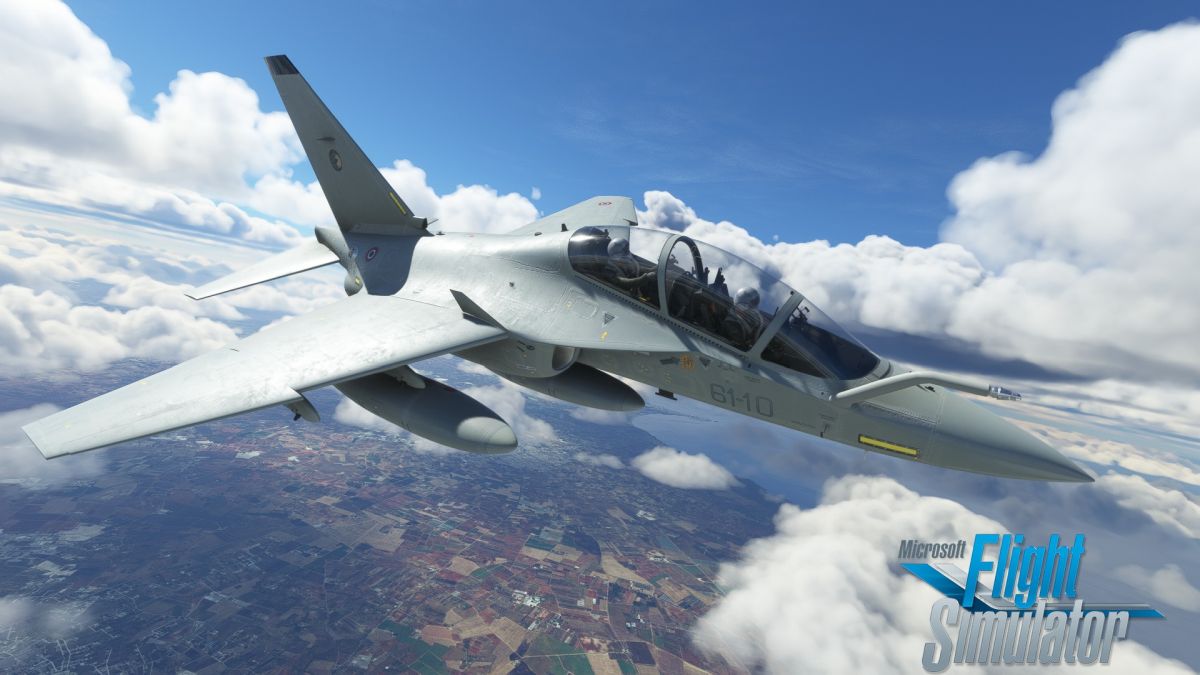 We start with IndiaFoxtEcho, which provided a development update about its upcoming M-346 Master and a few screenshots.

Finally World Update Italy and Malta is here, and we thought that the M-346 was perfect to have a look at it – and we took the chance to take a couple of screenshots (work-in-progress of course).

We hoped to release at least a Beta before this World Update but it is not ready for testing yet: more work is needed in many areas, although we are not far from the completion and we *hope* to release it sometime in June.

Specifically:
– on the graphics side we still need to fine-tune a couple of details and animations, and create several liveries.
– cockpit modeling and functionality is almost complete, but some more work is needed in the systems area
– the flight model handling (which will be FCS-driven) is pretty good but we need to tune the overall performance (at the moment it accelerates too quickly).

We are working hard on this…but as usual, it is done when it is done.

Next, we take another look at the Socata TB-30 Epsilon by AzurPoly.

In a few weeks now, you will be able to fly the Epsilon in FS2020. We look forward to letting you enjoy this one. It already flies perfectly well, most of the systems are working as expected and all liveries have been done.Now is the time to filter every single mistake or bug we, and our beta testers, will find.

As we stated few months ago, the TB-30 Epsilon had to be one step above the Fouga in terms of overall quality (which already was above our expectations).

We can assure you that the step is way beyond what we planned !

But we won’t stand there.

We then get new screenshots and a development update from AUscene, showing off the upcoming Hamilton Island (YBHM) in Australia.

We know quite a few of you are eagerly awaiting this and we are excited to share our latest update with you now. Hamilton Island will be our most extensive product to date, just check out resort assets! and yes, those Reefview lifts are animated. Most of the island will be faithfully recreated and packed full of features for you to explore.

Currently, development is focused on the Marina and the Airport, both of which will be previewed next.
Check back tomorrow as we will be announcing our next airport which will come after Hamilton Island. Any guesses where it might be? One hint… It’s an Australian Airport which really needed to be done.

Last, but not least, SamScene3D released its Shenzhen city addon, portraying the famous city in China.

You can find it at the developer’s own store for $11.95 including the following.