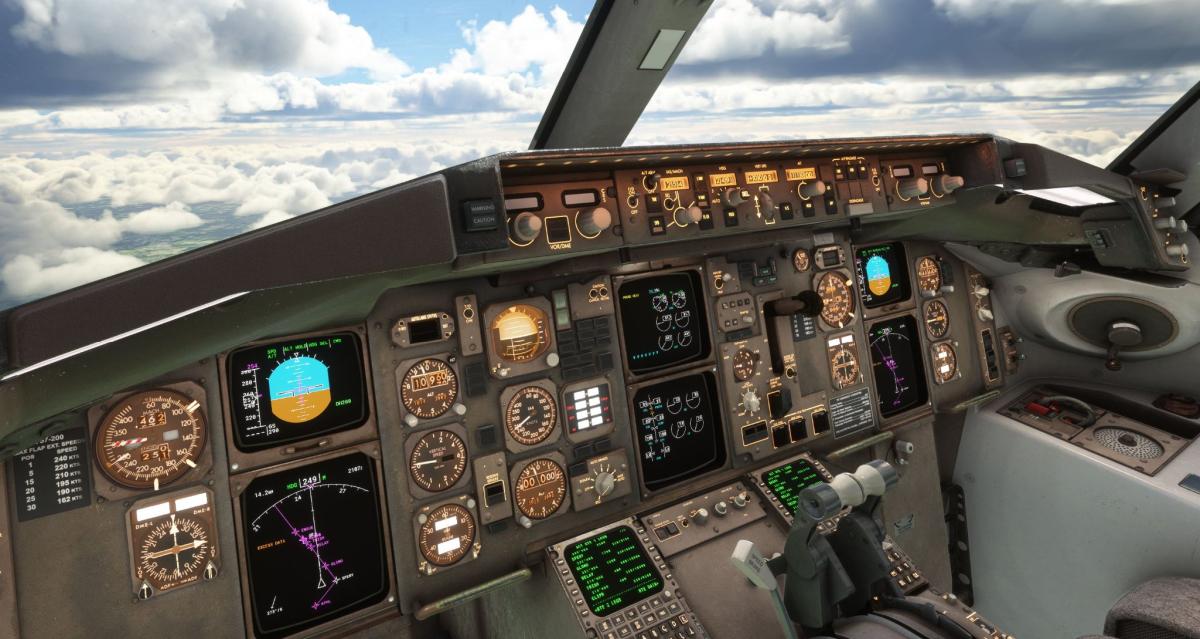 Today third-party developers had news to share about add-ons for Microsoft Flight Simulator, including aircraft and airports.

We start with a small update about the Boeing 757-200/300 in the works at Bluebird Simulations.

According to the simulator, which has shared the screenshot below, there has been “lots of progress on the virtual cockpit’s switches and animations along with some systems implementation for the FMS.”

That being said, there is still a “long way to go.”

It’s not a massive airport, but it’s the second-largest in the German state of Baden-Württemberg, after Stuttgart. It’s mostly served by Ryanair and Wizz Air.

Aerosoft also had a release with its partner developer Stairport, and it’s Exeter International Airport in the UK.

It can be purchased on Aerosoft’s own store for $14.63 including VAT.

It can be purchased on Simmarket for $16.52 plus applicable VAT.

Last, but definitely not least is news that comes from Flightbeam Studios which announced a massive free update of its Denver International Airport (KDEN).

It will include all of the new terminal expansions and recent updates, plus the following.

KDEN was the among the very first wave of add-ons for Microsoft Flight Simulator all the way back in August 2020 and Flightbeam has improved massively since then. It’s awesome that it’s getting an update.