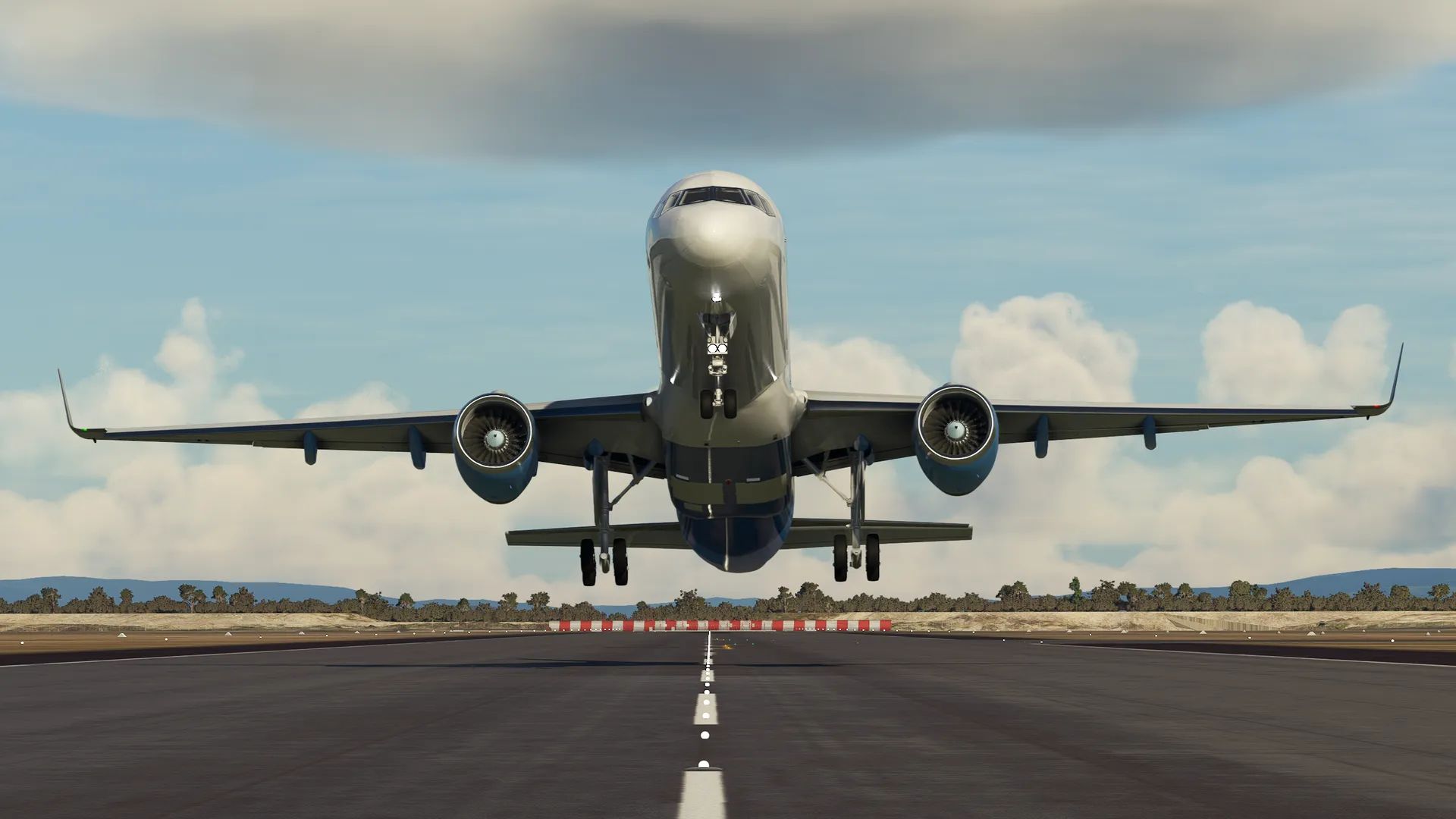 First of all, we take another extensive look and a development update from Just Flight at the Boeing 757-200/300 in the works at Bluebird Simulations.

“Here’s our very first Development Update covering the 757 200/300 since the initial announcement a while back.

It’s been almost two months since that initial announcement about this exciting project so we thought it was about time we provided an update. We’ve been steadily progressing on the model/systems and flight dynamics. The VC has gone through some extensive improvements since our last update with sharper textures and more detailed parts now included.

The exterior model is around 50-60% complete including textures. Systems and flight dynamics are progressing nicely but it’ll be several months before we can give more details on those aspects of the project.

Our aim is to provide updates for you on a regular basis, around every 4 to 6 weeks hopefully. In the meantime here are a set of Work In Progress screenshots for you to enjoy. Click on each shot to enlarge and view as a gallery.”

We also get some bullet points describing the project in detail.

Aerosoft also released a trailer for its much-anticipated (and long-awaited) Brussels Airport (EBBR) in Belgium.

We also get an announcement from Fly High, that will release Southwest Florida International Airport (KRSW) in the United States “soon.”

It’s the third-largest airport in the United States for land size and the second-busiest single-runway airport, making it another welcome addition to the simulator’s scenery.

Update: The airport has already been released, and can be purchased on SimMarket for $19.49 plus applicable VAT.

It can be purchased on SimMarket for $20.64 plus applicable VAT.