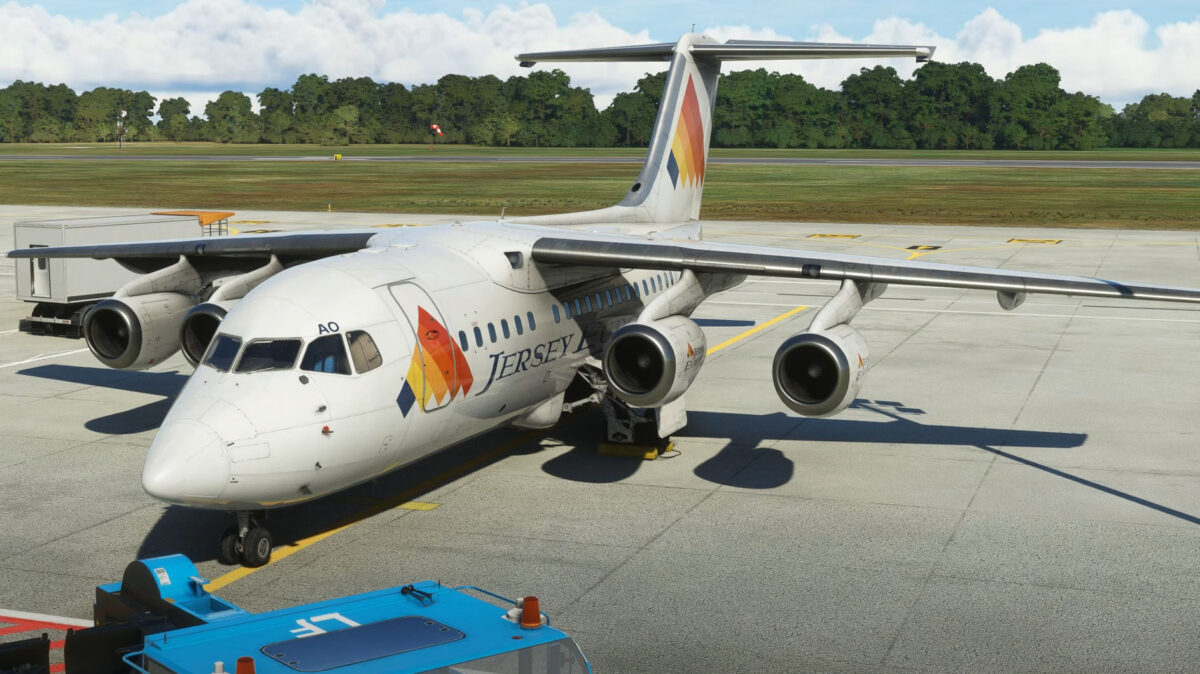 We start with Just Flight which released a video showing the in-depth startup procedure of its vintage airliner BAE 146.

We already know that the developer is targeting late April as a release window, while the pricing will be $80.

Next, we hear from Jo Erlend, who is working on Brussels Airport (EBBR) in Belgium for Aerosoft.

Specifically, he published a video showing off the work done on parallax texture mapping to simulate the buildings’ interiors.

It’s available on Simmarket for $13.21 plus applicable VAT. Below you can see what to expect.

It’s worth mentioning that this is a completely separate add-on from the one released by MXI Design a couple of weeks ago.