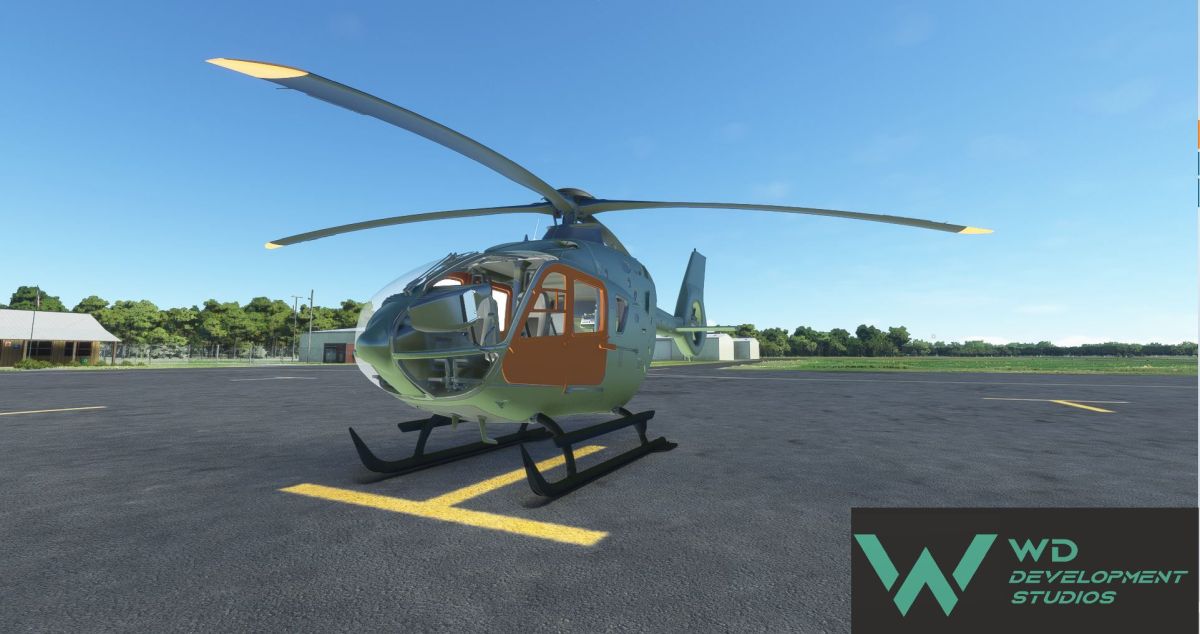 We start with WD Development Studio which is working on a freeware Airbus H135 and released a development update on its Discord Server.

“Welcome back to another WWD progress update. August was and is a pretty successful month for us. We made so many steps from the modeling to the flight model and systems. Today, we´d like to showcase our latest work on the helicopter and also some shots in the simulator. Since CENTRAONE18 and I are currently the only people developing, the progress takes longer than we thought.
Anyway, let’s get over into the progress.

We are almost done with modeling our T2 cockpit and are going over to prepare everything for textures and Animations. At the moment, we use some basic colors to give our helicopter a little paint. OF COURSE, that will change!
We also developed our own flight model with airland FS. It needs some optimization but it is also almost done. We are proud that our helicopter is not flying like a DA62 anymore.
The EC135 was imported into the simulator a few weeks ago and progressed since then pretty well in our Opinion. Even some systems are developed by our assistance @usernamewastaken. He did an amazing job so big thanks to him!”

Do keep in mind that this is a separate project from the H135 already available. You can see a few work-in-progress images below.

We move on to airports, and specifically the announcement from FS Formosa of Lanyu Airport (RCNY) serving Orchid Island in Taiwan.

Next, we get to take a look at quite a few screenshots of Tunis–Carthage International Airport (DTTA) in Tunisia.

It should be released this week.

Next, a couple of releases: We start with Menorca Airport (LEMH) in the Balearic Islands by Sim-wings and Aerosoft.

It’s available on Aerosoft’s own store for €17.95 including applicable VAT.

It’s available le on SimMarket for $19 plus applicable VAT.