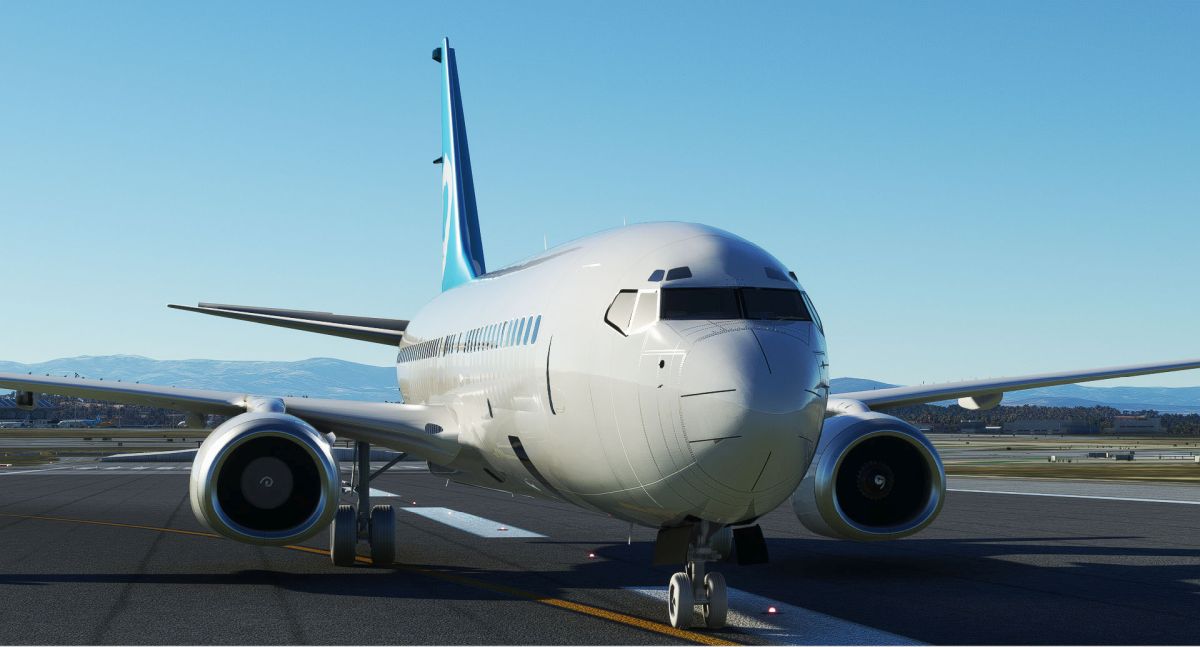 Third-party developers shared many interesting assets and a reveal about upcoming add-ons for Microsoft Flight Simulator.

We start with Qbit, which is working on a freeware Boeing 737-800. We get to see plenty of screenshots both of the work-in-progress exterior model and flight deck.

Next, we move to the realm of Payware, with IndiaFoxtExho’s M-346 Master advanced jet trainer, which received new screenshots and a development update. The aircraft is slated for release in July.

“While we planned to release a Beta build of the M-346 during the past weekend, we were unable to complete a couple of features we consider essential for a meaningful test. Therefore, although the plane is perfectly flyable as it is, we decided to postpone the Beat – it may take another week or two before it is released. As the Beta test access, we will publish the rules on how to apply once the build is ready for Beta release. We still plan to release it sometime in July.”

Another update comes from the good folks at Pyreegue, who shared awesome-looking progress on Belfast International Airport (EGAA), including a working VDGS implementation.

At the moment, no details have been shared besides the picture below and a mention that the aircraft is coming very soon.