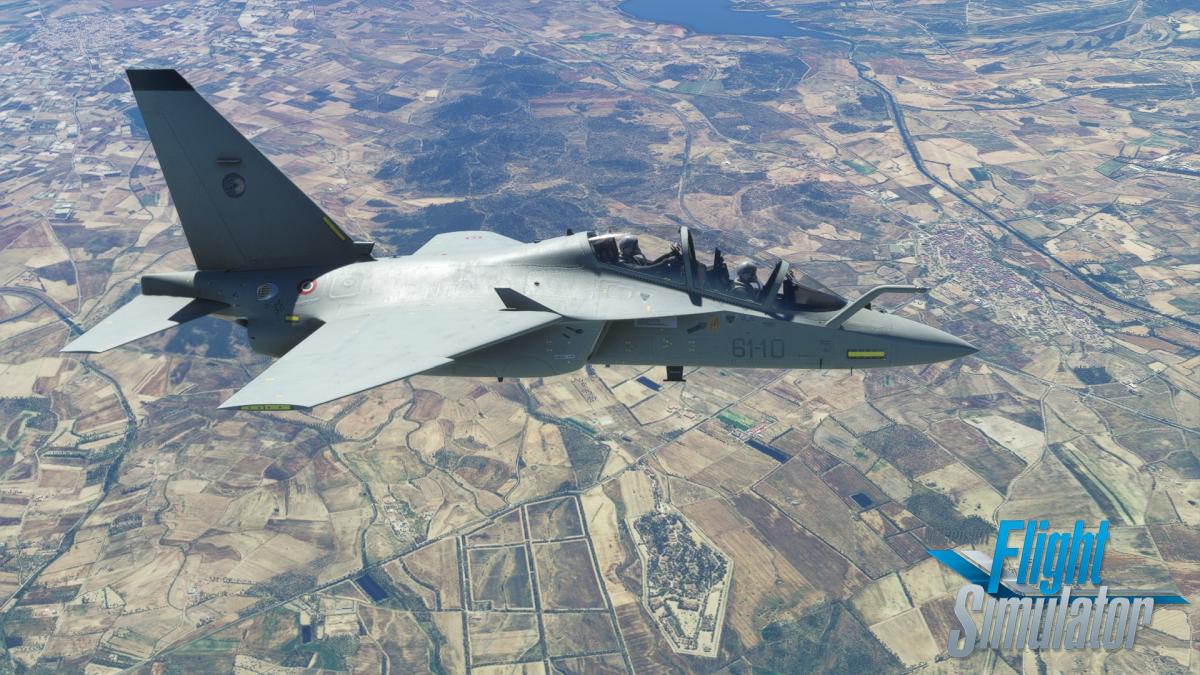 We start with IndiaFoxtEcho, which provided news about its Aermacchi M-346 Master, Tornado, TA-4J and (possibly) A-4 Skyhawk, and Aermacchi MB-326, on top of their stance on Xbox support.

The developers also teased “a couple of surprises” which should make their fans happy.

TORNADO
We were not happy on the level of detail of the models we have used for the images we have previously posted… so we are remodelling most of the aircraft with a much better level of detail.

TA-4J SKYHAWK
We have finished reworking the nose section, so that it is now much closer to the real deal. We will completely remodel the cockpit (as opposed to using our P3D geometry). Looking good but will take a while to complete.

A-4 SKYHAWK (NOT CONFIRMED)
We are, of course, evaluating to port over our single seater Skyhawks… but again, we will have to remodel many parts to achieve a good level of detail, so at the moment the project is not green lighted yet.

AERMACCHI MB-326
We have not stopped working on this… but it has lower priority than other projects.
All of the projects above are “done when they will be done”. No rush, no cash-cowing. We will try our best to make decent products we’ll take the time we need.

In terms of XBox support, it will be evaluated on a case-by-case basis: we already shared our thoughts few days ago, but long story short we’d love to port our products to XBox BUT we will not oversimplify them just for the sake to make therm run on XBox and get more money.

BUT…and this is not all. There are a couple of surprises we cannot discuss at the moment, but we are confident that they will make our fans happy.

We also get an update from DC Designs about the AV-8B Harrier II, showing the work-in-progress cockpit for the first time.

Hi everyone, a fairly small update this week as work is commencing on the Harrier’s virtual cockpit. It’s early days so there is not much new stuff to show yet. I’ve been building the very basic shapes of instruments, screens etc, getting the scaling correct so that more detail can be added once I’m happy with the general layout.

The Harrier has a very busy cockpit and is quite cramped, but with the big canopy visibility is actually quite decent in Virtual Reality. That’ll probably help the user when it comes to flying the aircraft and, of course, landing it vertically. Work is progressing well and yesterday I had my first on-line meeting with a new friend, a retired USMC FA-18C and AV-8B pilot, instructor ( and test pilot ), who has already provided all sorts of wonderful information about how the Harrier was operated, and advice on features that we might be able to include with the product when it launches.

It’s currently available on SimMarket for $16.28 plus applicable VAT.

The next release comes from France VFR and it’s Paris Heliports & Helipads.

It’s available on SimMarket for $25.37 plus applicable VAT.

Last, but not least, PMDG released an update for its excellent Boeing 737-700 and more details about the state of the 737-600 and for the EFB tablet that will be included in all of its 737 models.

PMDG 737-600 Development Update:
We have been taking a bit longer with the testing process of the 737-600 because we elected to use it as a “mule” for testing the new PMDG Lateral Flight Path model. This testing is going exceedingly well, and while it is causing the 737-600 to slide to the right on the calendar, we are just about finished and will release the 737-600 with the new lateral path model and simultaneously update that model into the 737-700 at the same time. (The 737-800 will release with it already implemented.)

The new lateral flight path model also includes entirely new logic for roll control via the autopilot flight director and yields a far more accurate and realistic result in the simulation environment. This process is currently in testing and getting a thorough beating at the hands of some experienced 737 flight crew and we are looking forward to finally rolling out out to you in this pending release.

Once the new lateral path model is in public use, we move to phase two of this project, which is to update the navigation data model that sits underneath it. Updating to use navigraph’s modern format will finally unlock some of the newer derived paths such as RFP legs etc that the existing lateral path model doesn’t handle quite as well as we’d like.

We are looking at some release dates for the 737-600 but I am going to keep those under wraps until we know for certain we are ready to go.

PMDG Flight Tablet for 737 MSFS Update:
In-house development testing of the new flight tablet is progressing, The team is now pulling flight data from simbrief and working through integrating chart implementation in concert with our friends at Navigraph. The entire operating environment is being expanded to give you some unique new features that a traditional “EFB” implementation cannot bring- but we’ll showcase those a bit more when we get close to rolling it out. The good news is that many of the flight performance features already modeled in our previous EFB will roll quite nicely into the PMDG Flight Tablet operating environment- so the capabilities you have enjoyed in the traditional PMDG EFB dating back to 2017 will finally make their debut in MSFS once the tablet is ready for operational use.

Shouldn’t be too long now before we can give you a preview.