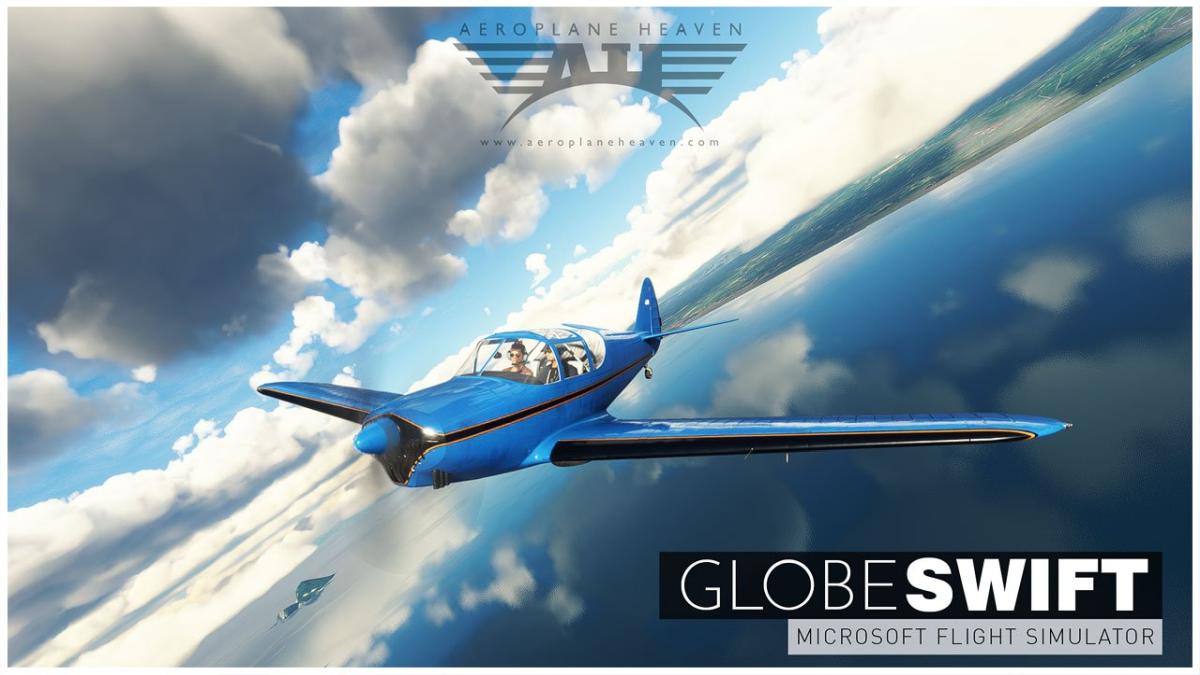 Today new add-ons for Microsoft Flight Simulator have been released, while news has been shared by third-party developers.

We start with an announcement, with Aeroplane Heaven that will release the Globe GC-1 Swift soon.

You can see the first screenshots below.

The developer also provided an update about its projects and teased “working weapons, which will be revealed later this year.

“Granted, those other sims have working weapons and MSFS doesn’t, right? Wrong. Outside of the Marketplace, MSFS does have weapons. Working weapons. And so will my aircraft. More on that later this year.

This week I have been splitting work between the Harrier cockpit and the SC Designs F-16 Vipers, which are in need of an update to bring some new features to them. Sometimes I have to change plans depending on what needs doing the most, and the Fighting Falcons had a small number of minor bugs that really needed fixing ( smoke not working for some users since SU9 etc ).

During the process of updating the F-16s I took the opportunity to figure out how to make the Asobo afterburner shockwave effect work ( many thanks to Pete B, who provided some help with this ). This feature looks really good and will be rolled out to the F-15 Eagles, F-14 Tomcats and Concorde with their next updates. At about the same time, Sim Acoustics provided me with updated sound packs for the Eagles that includes the full AI sounds – users will be able to hear the true roar of the Eagle engines in multiplayer. Furthermore, CodenameJack has included the Head-Mounted-Display system with the F-16 Vipers, and that same system will be added to the F-15 Eagles for their next update. The Viper’s flight models are also updated and even more refined and accurate now than they were before ( and real Viper pilots loved them already, so CodenameJack’s further enhancements take things even closer to reality ).

The Harrier cockpit is now shaped at a basic level, with instruments and screens scaled to match the real airplane. I will be able to start the detailing next week, as well as the UV maps and early texturing. We’re already half-way through July but with most current update work now complete or just being finished off, it leaves the way open now for me to work full-time on the cockpit until it’s complete. This will take several more weeks to finish.

Work on the VTOL flight model continues, with CodenameJack and myself now working on a unique from-scratch system to control the Harrier, which is even more realistic than the Pelican model or any other out there at this time. For those of you wondering, our real-world Harrier pilot contact felt that there should be no-holds-barred realism in the hover model, and we agreed. Get it wrong, and you die. Get it more-or-less right, and you might live long enough to get it wrong. Get it right, and you will be a hero. According to real Harrier pilots, learning to hover an F-35 is like learning to program a kettle. By contrast, learning to hover a Harrier was considered an art form that, if not performed correctly, could become very dangerous, very quickly. Consider yourselves warned!

Finally, there was some recent news that although SU10 beta is working well and seems to be stable with all of my current products, WASM apparently will not be coming with SU10, so Concorde’s INS will be on hold for longer than anticipated. There is a little ray of hope as CodenameJack has noted the presence of INS-capable data within the sim itself, and is looking at it, but for now it’s looking like Concorde’s next update will not include the INS. More news on that when we have it.”

Moving on to releases we start with Pilot Plus, which launched the historical London Biggin Hill Airport (EGKB).

We stay in the UK with DominicDesignTeam, which released Doncaster Sheffield Airport (EGCN).

It can be purchased on Simmarket for $14.51 plus applicable VAT.