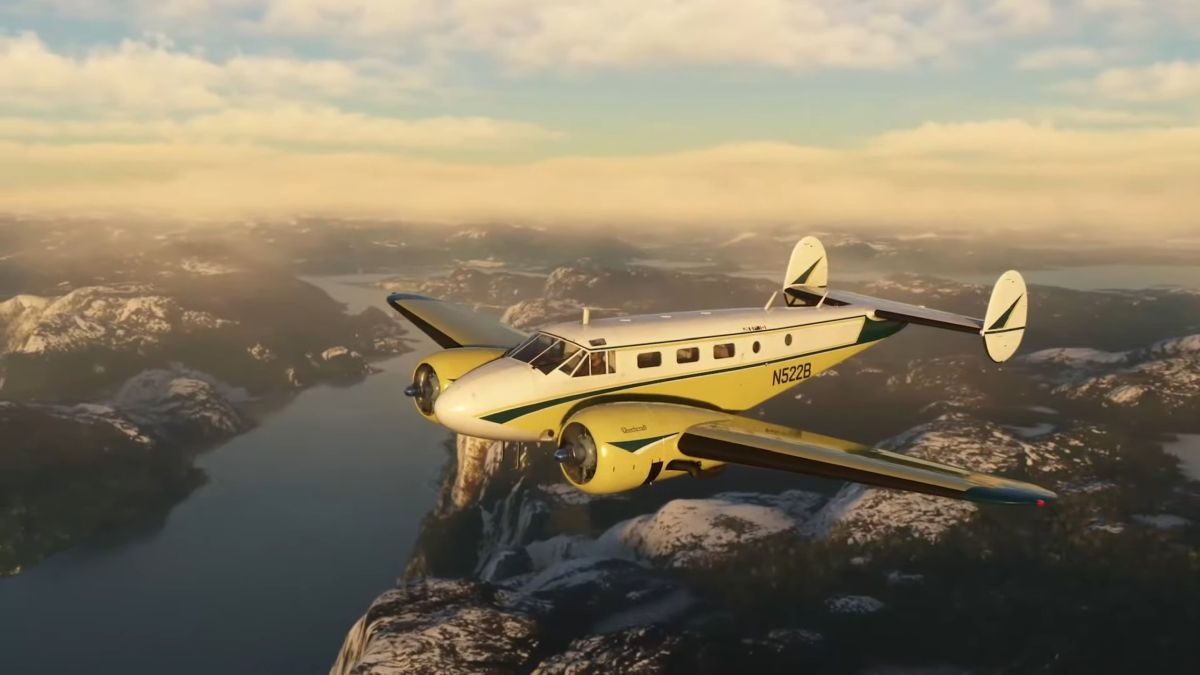 Today, during the Xbox Games Showcase Extended, Microsoft announced and released the next world update for Microsoft Flight Simulator, and it’s the United States again, including its territories.

You can find the full patch notes on the official forums.

We also get the reveal of the new Local Legend aircraft, and it’s the Beechcraft Model 18. It’ll be priced at $14.99 on the official marketplace where it releases today, and it’s made by well-known studio Carenado.

Two more World Updates will come in August and October.

We then get news from third-party developers today, with Aeroplane Heaven revealing tons of screenshots of its upcoming DHC-1 Chipmunk trainer aircraft, which was announced yesterday.

The release will also include the Canadian-style bubble canopy version on top of the T.10. The release is “imminent.”

“We have modeled both the T-10 long canopy and Canadian “Bubble”canopy versions. You can fly from either cockpit using just the camera controls and the Instructor/Student pilots will swap out automatically in either view. You have a choice of military or civilian pilots and there’s a good choice of liveries. we will also be including a plain texture livery for those who want to paint their own.

As already mentioned the flight model has been fine-tuned to provide a challenging but stable experience, ideal for getting into tail-draggers and remember, the DC-3 and the Lancaster are coming and they are both tail-draggers, albeit large ones!

Sounds are Hi-Fidelity authentic Gypsy engine and all the cockpit sounds are there. Authored in WWise, the exterior sounds are there when the canopy is opened. We have also recorded the characteristic bang of the cartridge starter.

Peter at Flight Manuals On-Line has kindly allowed us to include a copy of the genuine DHC-1 T10 pilot operating handbook. This generous offer allows you to learn to fly the Chippie just as the original RAF student pilots would have done. It is also handy to understand the operation of this aeroplane.”