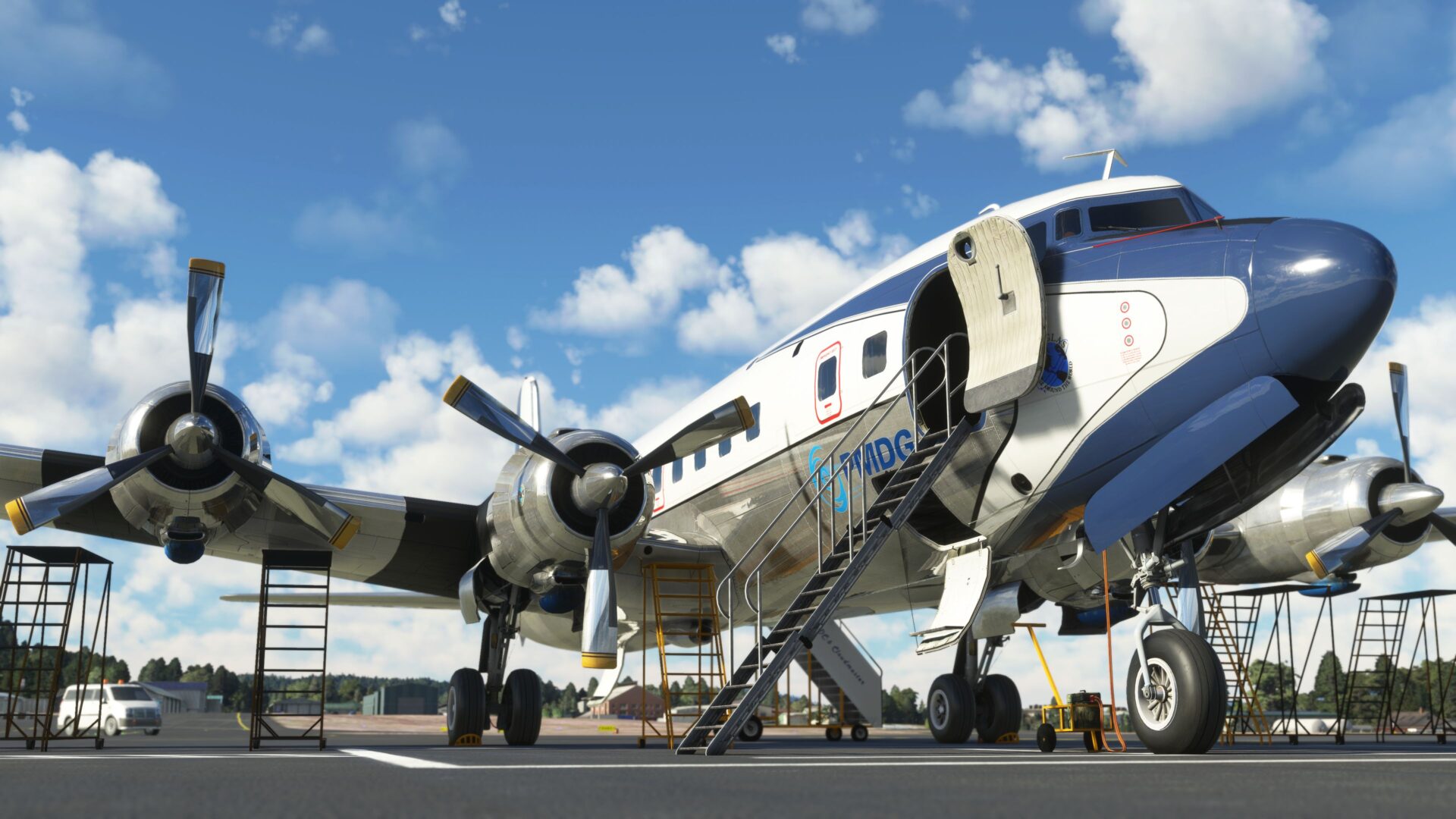 First of all, the classic propliner Douglas DC-6 by acclaimed developer PMDG has been released on the official in-sim marketplace both for Xbox and PC.

Next is a teaser trailer from Jonx Simulations, showing off its upcoming Grumann F4F-4 Wildcat.

We then move on to Aerosoft, which shared the full list o liveries that will come with the upcoming de Havilland Canada DHC-6 Twin Otter.

As a bonus, the developer also showcased a very WIP look at the modeling being done for its Airbus A330. We hear that more will be shown in a few weeks.

Speaking of Aerosoft and its partners, the publisher also released Mehamn Airport in Norway, developed by FlyThreePeaks.

You can find it at Aerosoft’s own store for €13.42 including applicable VAT. Below you can see what to expect in a trailer and read an official features list.

The next release comes from Impulse Simulations, which launched Bankstown Airport (YSBK) in Australia on its own store for $24.95.

Below you can check out its features and a trailer.

We stay down-under for another Australian airport just announced by Orbx. The publisher will release Mackay Airport (YBMK) in North Queensland.

Here’s what you can expect and a gallery of screenshots.