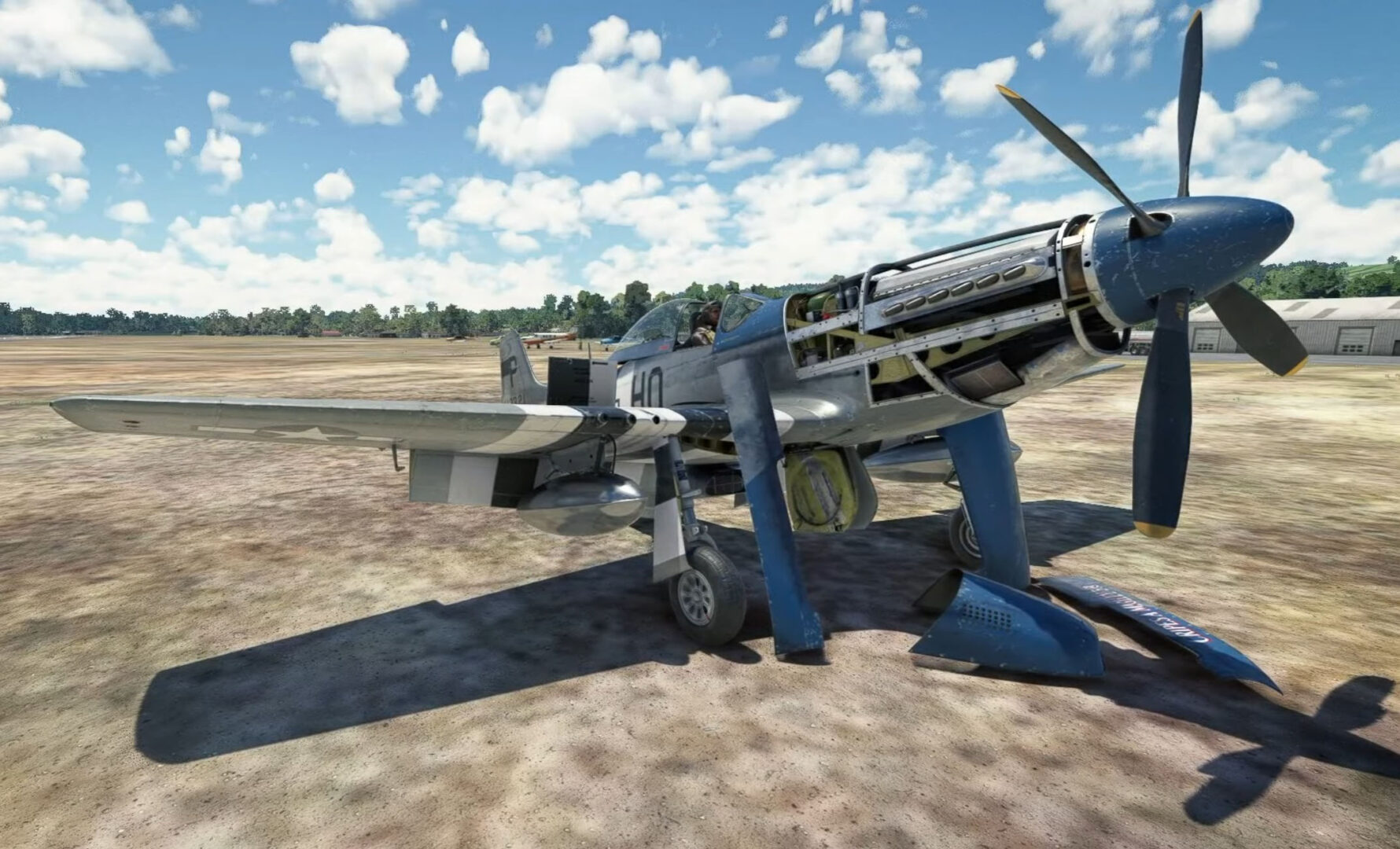 First of all, we get to take an extensive look at the P-51D Mustang that’s coming from Aeroplane Heaven.

The developer has been quiet about it since April, but it appears to have made a lot of progress.

Last, but not least, PMDG founder and CEO Robert Randazzo also appeared in an extensive interview on Sky Blue Radio (which you can listen to in its entirety below), providing some really interesting details on upcoming releases and more.

We hear that the excellent Douglas DC-6 is going to release on the official marketplace for PC (it’s also coming later to Xbox). Randazzo shared that PMDG was surprised by its sales performance. The version for Microsoft Flight Simulator outsold in less than twelve hours its lifetime sales of the versions for Flight Simulator X, P3D, and X-plane combined, “blowing away” these metrics.

He also explained that since Microsoft Flight Simulator allows developers to reach many more users, he expects the prices of addons are going to drop pretty dramatically over time.

The Boeing 737 will probably release in January “or a little bit later.” Videos will be coming over the next couple of weeks and Randazzo teased that the model is unlike anything we’ve seen in a simulator before.

There are still things that don’t look quite right, but those will be fixed, and “when it does come out, it’ll be the nicest product [PMDG] ever put forward.”

He also provided hints on what we can expect in terms of pricing.

“I think people are going to be absolutely stunned at how far the waterline retreats on pricing. It’s going to be a really good combination of high product quality and affordability for the marketplace.”

We then hear that PMDG’s entire development agenda is taken up by moving the 737, the 777, and the 747 into MSFS. Randazzo believes the process is going to be finished “well into 2023.” After that, they’ll be working on the next airplane. He remained coy about his recent tease of a 757.

Lastly, he mentioned that the Jetstream 4100 will “very likely” come to Microsoft Flight Simulator as well when the team finds a gap in the schedule to fit its development.