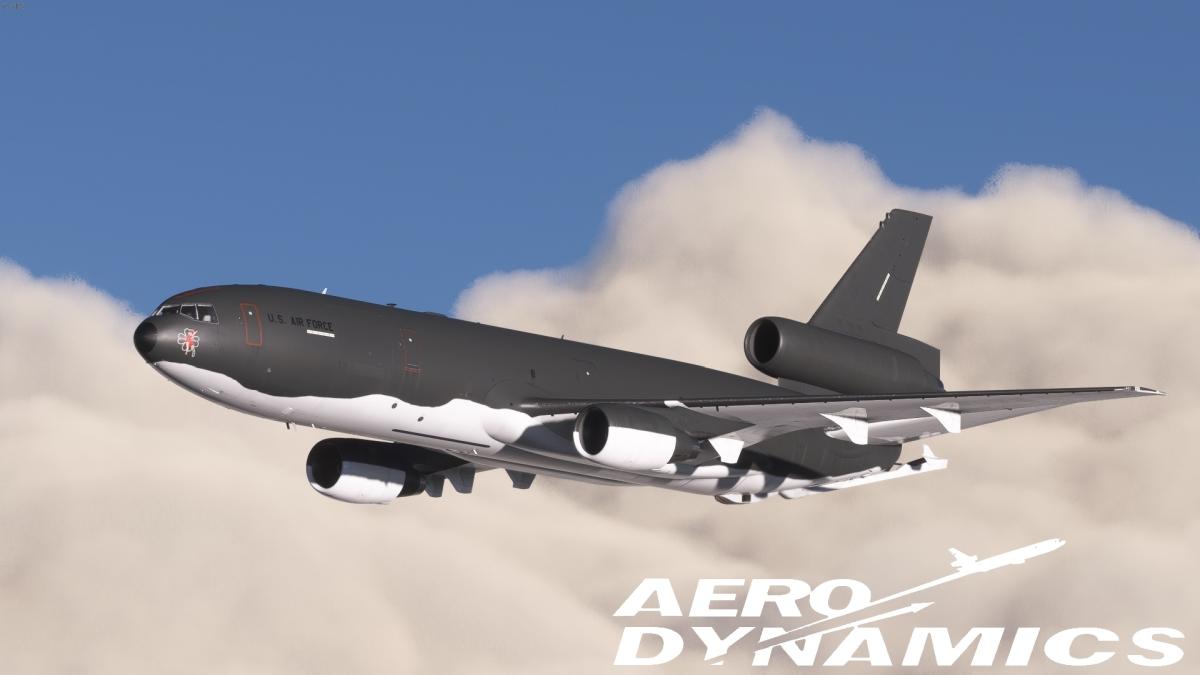 We start with an announcement made by MilViz on its discord server. The developer will release a classic Boeing 737-200 for Microsoft Flight Simulator.

No screenshots or release dates were shared, so it’s likely that it’ll take quite a while before we get our hands on the control column of this one, but the developer confirmed that it’s being developed by a different team from the ATR-72, so the development of the 737-200 won’t influence its progress.

Next, we hear from Aero Dynamics, which provided an extensive update and plenty of screenshots of its McDonnell Douglas KC-10 Extender, which will also include the civilian DC-10-30 in both passenger and freight versions.

Displays & Systems: As mentioned last quarterly drop, this quarter’s focus is in systems programming. A lot of work has been done reading references, talking with the team members with active experience flying the KC-10 and experimentation.

Due to recent major life events, production this quarter has not been as substantial in this category compared to previous quarters, but we hope that this update can show that some progress has been made on the system end.

The specific system that was in focus was the electrical system (minus the ARO). The electrical system of this aircraft serves as a backbone to progression to other realistic and function systems. Progress is a little slow but is overall positive. Things like batteries, static inverters, transformer rectifier units, generators, etc. are getting modelled as per the representation in our references.

Since this is systems programming related information, there isn’t any sim pictures to show, but what we can show is the reference being used. This should serve to illustrate the complexity of the system we are trying to model. It can be inferred that all such systems of the aircraft will be attempted to be modeled to such fidelity given that MSFS can support it.

Model Interior: At the start of the year, our goal was to enhance our cockpit model to ensure it represented the DC-10 better than any other DC-10 currently in commercial simulation. With some help from professional 3d Scanners, we were able to get the dimensions we were looking for. With this new data, we have overhauled our cockpit from previous versions and will soon be able to see it in the sim. Our original goal was to get this update before this drop, but unfortunately, we still need more time to ensure it’s up to our standards. Not to worry, we still plan on showing the cockpit to you all once it’s finished. We expect to have it finished sometime between this and the next drop.

Model Exterior: While the interior got most of the love, we’ve put countless hours into perfecting the exterior. Lately, we’ve been working on adding panel lines, and high quality decals to the aircraft. This is a very tedious task with such a large aircraft, but in the end, it’ll be worth every second spent. Along side this, we’ve been working on a realistic wear model on top of a beautiful height model. Seen in the video below, height add all the beauty to a legacy aircraft!

We also get a new announcement from the good folks at Drzewiecki Design, who announced Tallinn Airport (EETN), serving the capital of Estonia.

With its airline traffic linking Estonia to the rest of Europe, it’s another lovely destination for those who love flying to or from the Baltics.

According to the developer, the release is quite far away, planned for Q1 2023.

Last, but not least, FSDreamTeam provided an update about its highly-anticipated GSX ground services add-on, including a video showcasing the extensive airport customization suite.