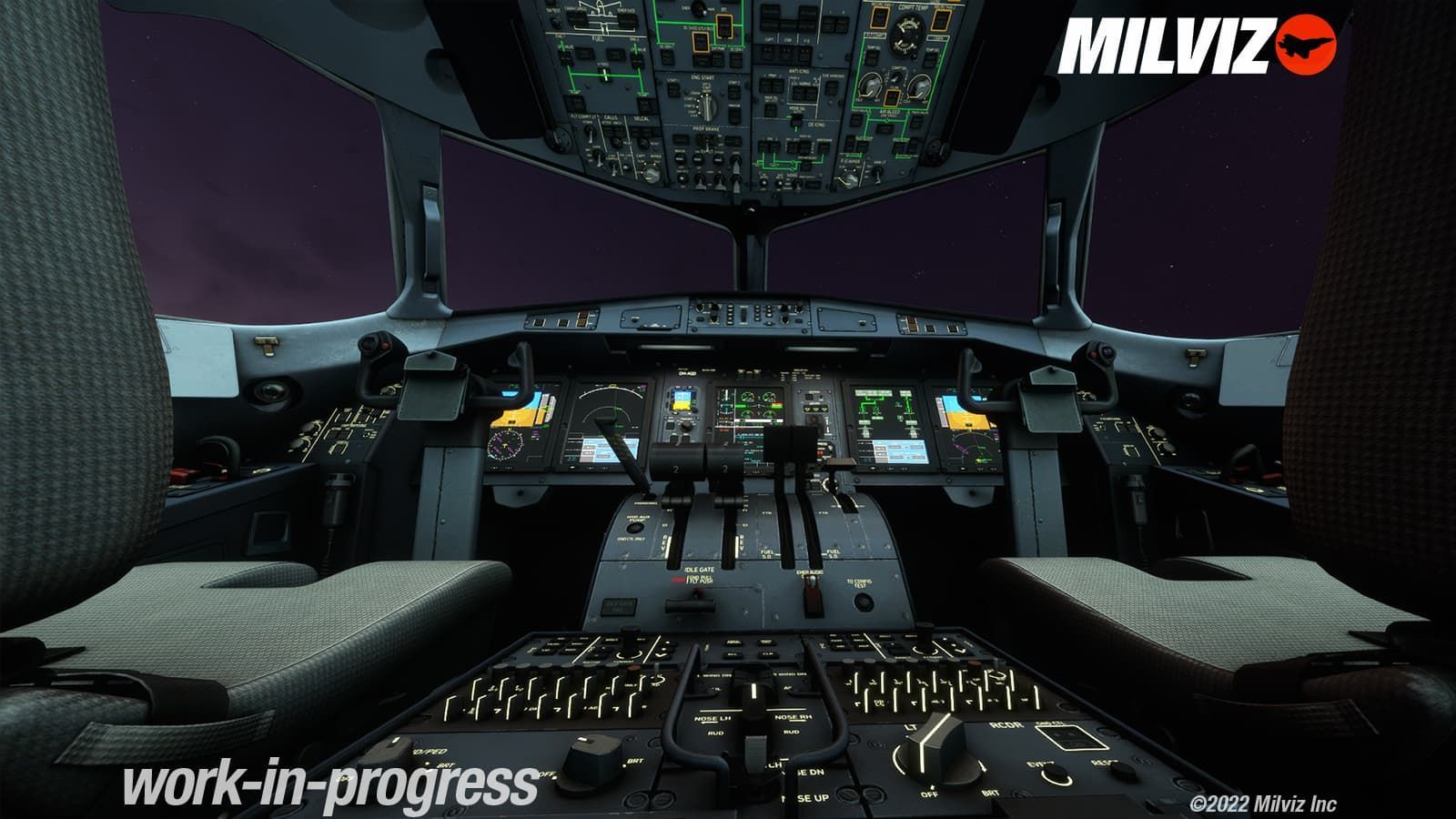 Third-party developers continue to showcase new assets and improvements for their add-ons for Microsoft Flight Simulator.

MilViz continues its teasing sequence made of releasing single screenshots of its upcoming aircraft. This time around it’s the ATR 72.

While it is only one screenshot, it provides a very nice and wide view of the flight deck.

This time around we get to see the iconic ferris wheel of the Adventure World amusement park and the nearby XIV Hotel.

Last, but certainly not least, is a look at an upcoming feature for the increasingly-complex freeware A32NX Airbus A320 Neo add-on by FlyByWire.

This time, we get to see the implementation of the real-time simulation of the hydraulic system, including the iconic “droop” of the control surfaces.