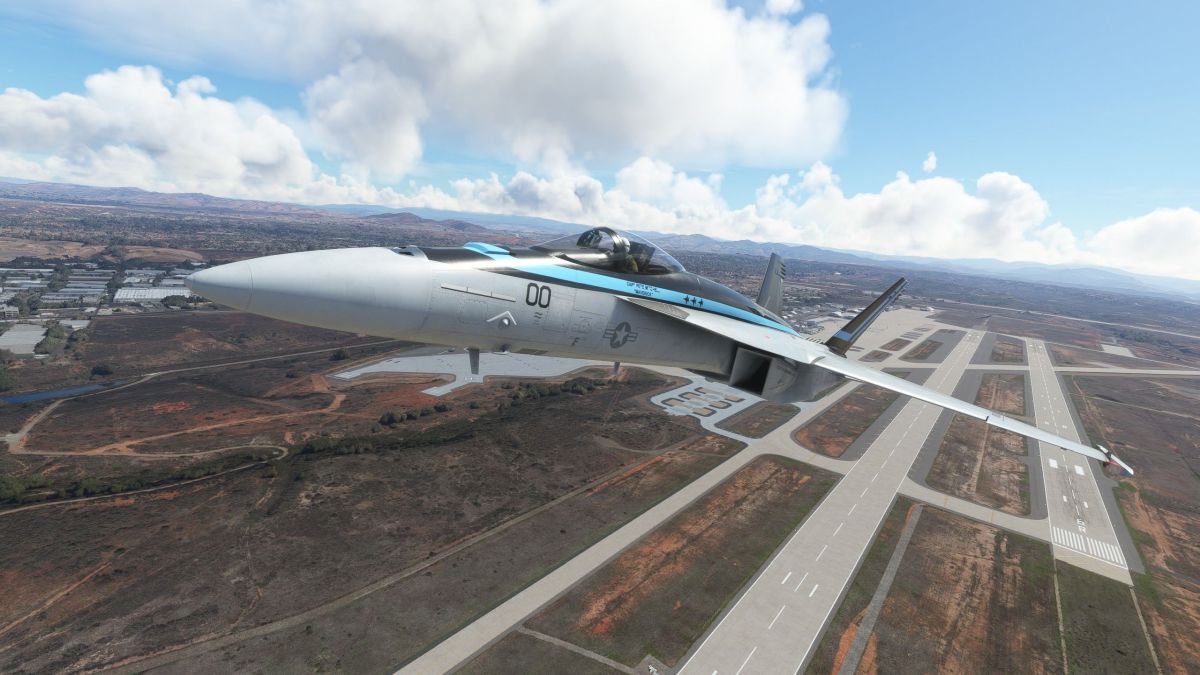 Today both Microsoft and third-party developers had quite a few releases to share for Microsoft Flight Simulator, including the much-anticipated Top Gun: Maverick DLC.

The movie-themed expansion is completely free and it includes the following.

Remember that you need to manually download it from the in-game official marketplace.

The good folks at Northern Sky Studio revealed that they’re working on Lanai Airport (PHNY) in Hawaii, United States. It will release in June.

Next, we have three payware airport releases. The first is Radin Inten II International Airport (WILL) serving Bandar Lampung in Indonesia, created by Suroboyo Simulation.

It’s currently available on Simmarket for $10.34 plus applicable VAT.

Next, we get the launch of Denham Aerodrome (EGLD) in the UK by Burning Blue Design.

It’s available on Simmarket for $12.76 plus applicable VAT.

Below you can find a gallery and a few bullet points, but it’s worth mentioning that they include “custom animated jetways,” but those we see in the images definitely look like they’re the default models.