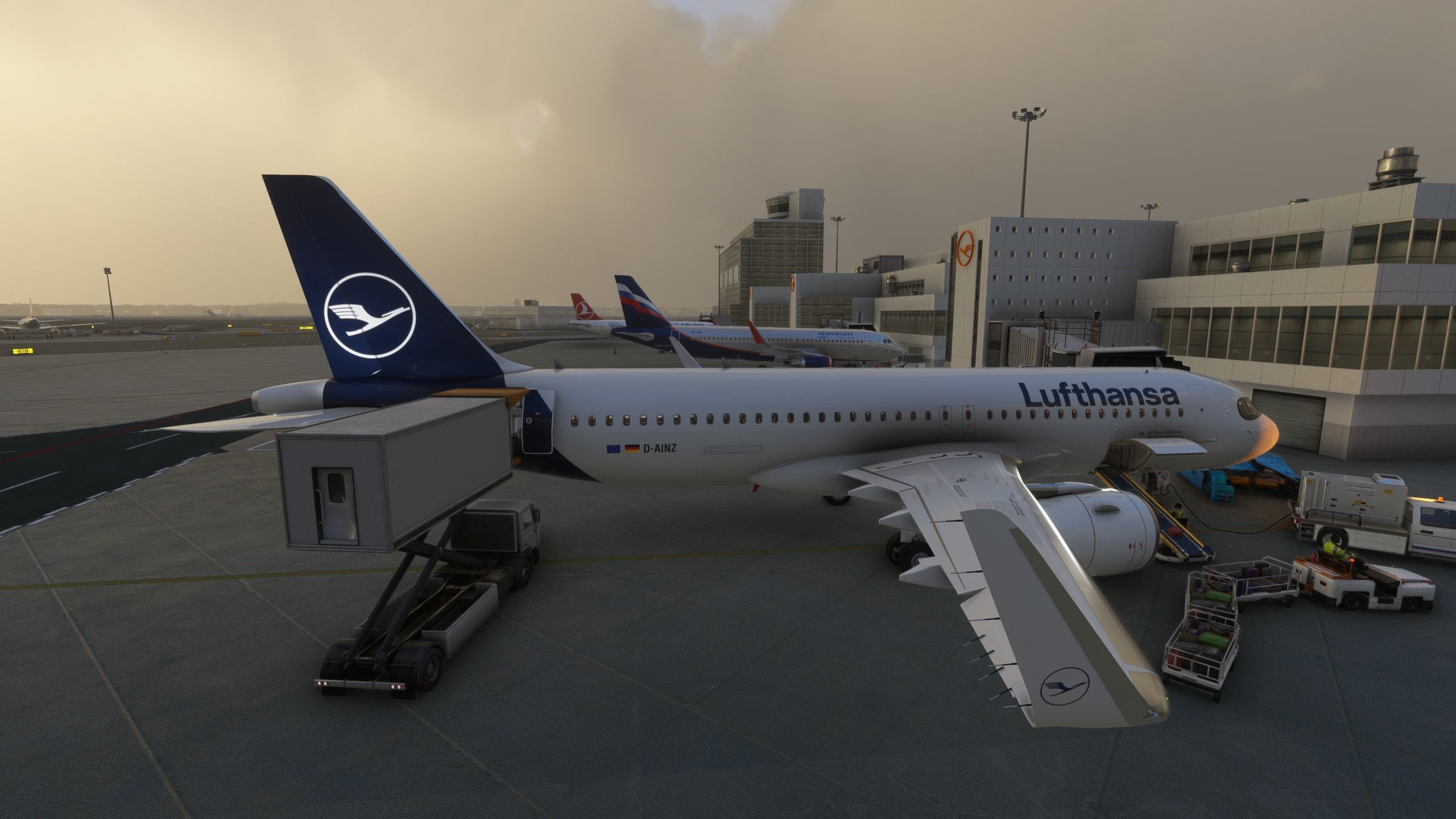 We start with another look at the updates for the increasingly-complex and impressive freeware A32NX Airbus A320 Neo add-on by FlyByWire.

Three videos showcase changes made to the Autothrust, the Flare Mode, and the Autoland mode, with an accompanying blog post that extensively explains what has been done and why.

I suggest reading it in its entirety if you’d like an in-depth look at these systems. It’s really interesting.

Next, Feelthere announced Frankfurt Airport (EDDF) in Germany. No images or information about the scenery have been shared so we’ll have to wait and see whether it’s any good.

For the record, the image at the top of the post is not representative of Feelthere’s scenery. It’s the airport included in the simulator with a freeware enhancement mod. I flew from there yesterday, so I thought I may as well use the picture.

We then take a brand new look at Impulse Simulations‘ Coffs Harbour Airport (YCFS) in Australia. On top of that, we also get a release date. It’s going to be out on February 18.

More screenshots come from Drzewiecki Design, which shared new images of its progress made on the Boeing factory attached to Renton Municipal Airport (KRNT) in the United States.

Impressively, the developer seems to be hinting that the assembly line will be animated, which would be pretty crazy.

Last, but not least, Simulación Extrema is working on a remake of its Usuhaia Airport (SAWH) in Argentina.

While this new version will be released as a new package on both PC and Xbox, existing customers will still get it at no additional cost.