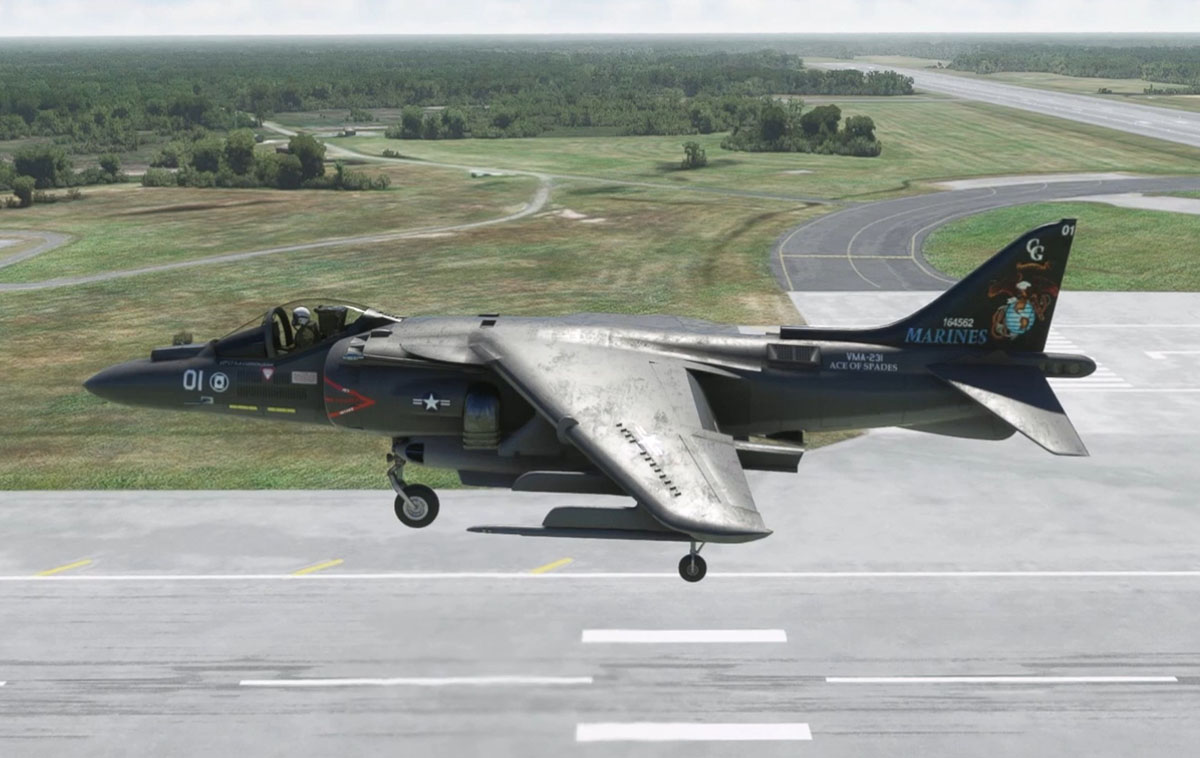 We start with DC Designs, which provided a brand new video of the AV-8B Harrier II. This time around we get to see vertical take-offs and landings, which are the bread and butter of the aicraft.

It can be purchased on Simmarket for $6.99 plus applicable VAT.

It can be purchased on Simmarket for $18.00 plus applicable VAT.