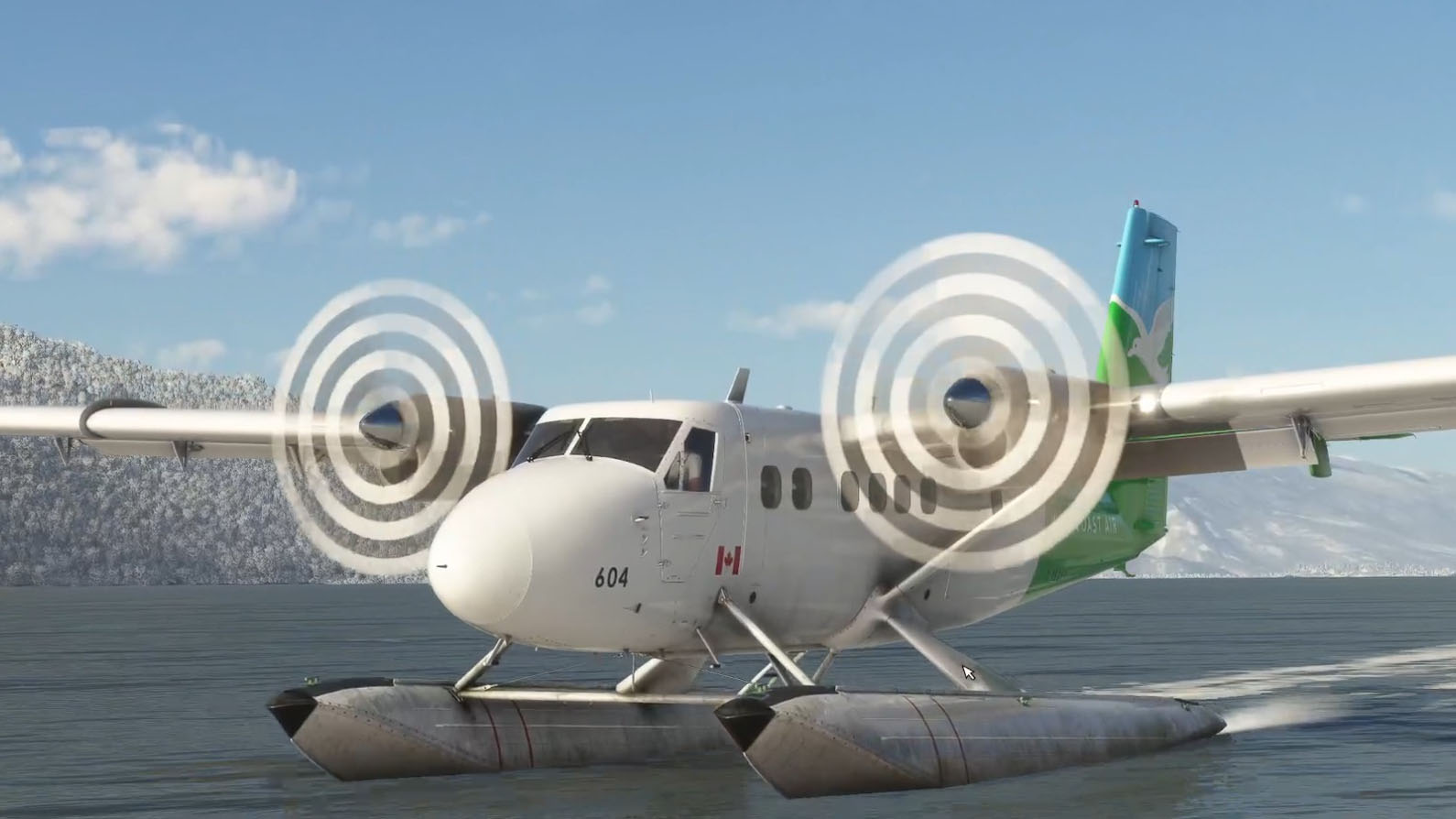 Third-party developers have released new Microsoft Flight Simulator add-ons and features for existing ones, while the Twin Otter was showcased extensively in video.

Aerosoft’s de Havilland Canada DHC-6 Twin Otter was at the center of a livestream by Twitch user BaxterChico, who provided an extensive look at both the wheeled and floats variants.

You can watch the full livestream here. Of course, the aircraft still isn’t complete, but it certainly looks very promising.

Next comes a clarification from Iris Simulation. The F22 Raptor they showcased yesterday will be simply called “Iris Advanced Tactical Fighter” as it lacks the official license from Lockheed Martin. We learn that it’ll be released in January.

Next, we hear from FlyByWire Simulations, which implemented a web interface for the MCDU of its A32NX Airbus A320 Neo mod.

At the moment, it’s available only for the development version, and it grants you the ability to have a remote MCDU on a web browser. This is very handy for tablet and touch screens, letting you program your flights in a much easier and more intuitive way. It even includes the option to print on your physical printer, to get those METARs on the fly.

You can read a detailed explanation of how to set it up on the developer’s website.

Two relevant airports have been released by a new developer who was previously active on the freeware scene, Barelli MSFS Addon.

Catania Fontanarossa Airport (LICC) in Italy and Spruce Creek Airport (7FL6) in the United States have been released and you can find them on Simmarket for approximately $21 and $28 plus applicable VAT respectively.

Below you can find two trailers showing what you can expect from each.

It will be released in January and below you can find a couple of screenshots.