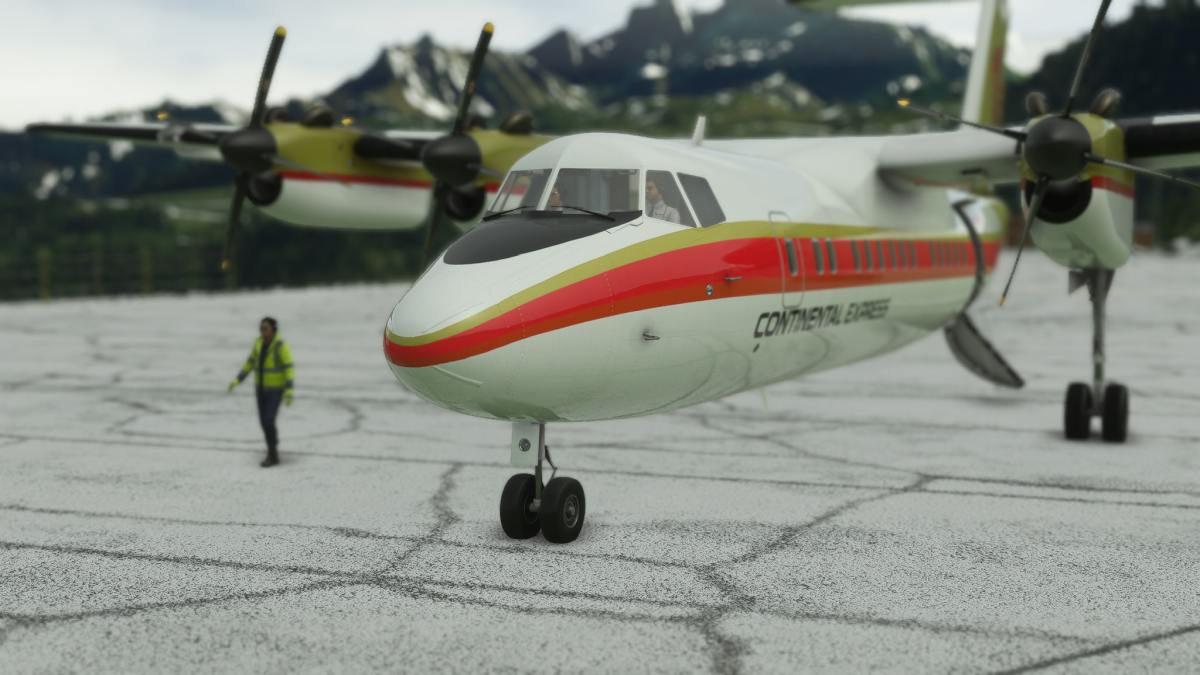 Third-party Microsoft Flight Simulator developers released a couple of new airports and a look at an upcoming aircraft.

We start with the aircraft as SimWorks Studios and PILOT’s provided new screenshots and a development update for the de Havilland Canada Dash 7.

“The plane has been a challenge, but we are going all in and the final crunch is almost over. The instrumentation and all systems respond as expected and we were able to fly the plane to a variety of places: Okavango, Courchevel, Athens, Crete. We were able to fly visually with a clock and compass, shoot an ILS approach as well as use VOR navigation on island hopping trips. What was impressive was the STOL performance, where the Dash 7 is a beast. We were able to replicate some flights from Air Kenya that we saw on YouTube, it’s both amazing and impressive to be able to lift off in distances of less than 500m with such a big airplane!

Regarding its progress, we’re going over the exterior fixing rivets and adding the last few layers of dirt to it. In the cockpit, things are still early work-in-progress; labelling the gauges and panels will take up most of the time. Animations of the various switches and needles will then be adjusted while the artist textures the cockpit. The coding is finished and we’re adding tooltips. From a flight model standpoint, the plane flies well and reference speeds and performance are close to the manual, without requiring three sets of hands to operate it. Our goal is to deliver the plane to PILOT’S by the end of the month, so they can work on the sounds and do any other preparations they need in order to get it to the market.”

It’s currently available on Simmarket for $9.98 plus applicable VAT.

We then move to Switzerland with the release of Schänis Airfield (LSZX) by AG Sim.

It’s available on Simmarket for $9.98 plus applicable VAT.