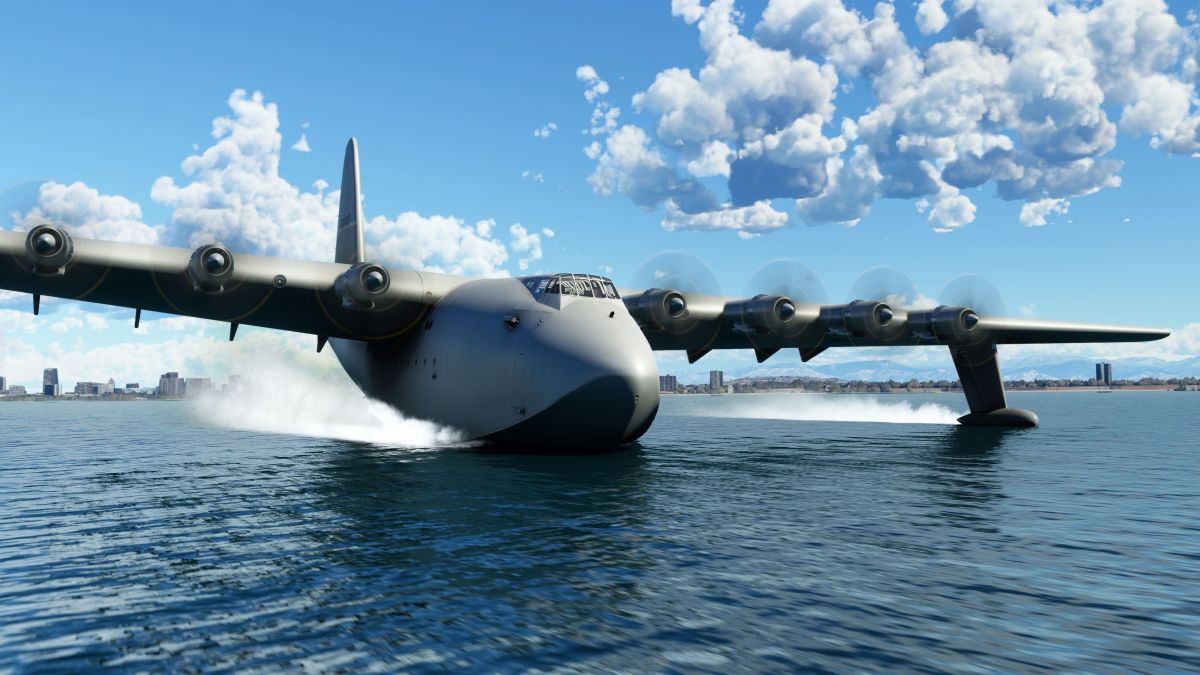 Today Microsoft had a lot of news to deliver for fans of Microsoft Flight Simulator, directly from Cologne, Germany, where Gamescom 2022 is being hosted.

First of all, we get two themed releases, starting with the free “City Update 1” which brings five cities enhanced with photogrammetry to the sim. These are Hanover, Dortmund, Dusseldorf, Bonn, and Cologne itself.

Incidentally, I’ve met head of Microsoft Flight Sim Jorg Neumann and Asobo CEO Sebastian Wlock at Gamescom, and I heard from them that the City Updates could continue if this is week received by the sim’s users.

A new “Local Legend” aircraft has also been released, and it’s one of the grandfathers of airlines, the Junker F 13. It includes standard wheeled, floats, and ski versions, and it can be purchased on the official marketplace for $14.99.

Next is a trailer and more details about the free 40th Anniversary Edition, which will be released on November 11 for anyone who already owns the game or is playing on Game Pass.

Specifically, three new aircraft have been revealed, the 1915 Curtiss JN-4 Jenny, the 1937 Grumman G-21 Goose, and the massive 1947 Hughes H-4 Hercules, which is the largest seaplane and wooden-built plane ever built.

We also hear that four classic commercial airports will be included, starting with the historical Merrill C. Meigs Field (KGCX), which was closed in 2003 and is a historical base for the Microsoft Flight Simulator series.

Speaking of helicopters and gliders, Neumann and Wlock showcased some of their gameplay and features (including the spiffy features to reveal the airflow and showcase wind currents) during a video segment from the Xbox booth at Gamescom which you can watch below.

Incidentally, I was given a chance to fly the Guimbal Cabri G2 during a behind-closed-doors presentation, and it feels quite complex and very interesting to fly.

I was challenged to land it in the courtyard of Alcatraz without assists, and guess what, it was certainly a challenge, but I made it. Guess I still have it.