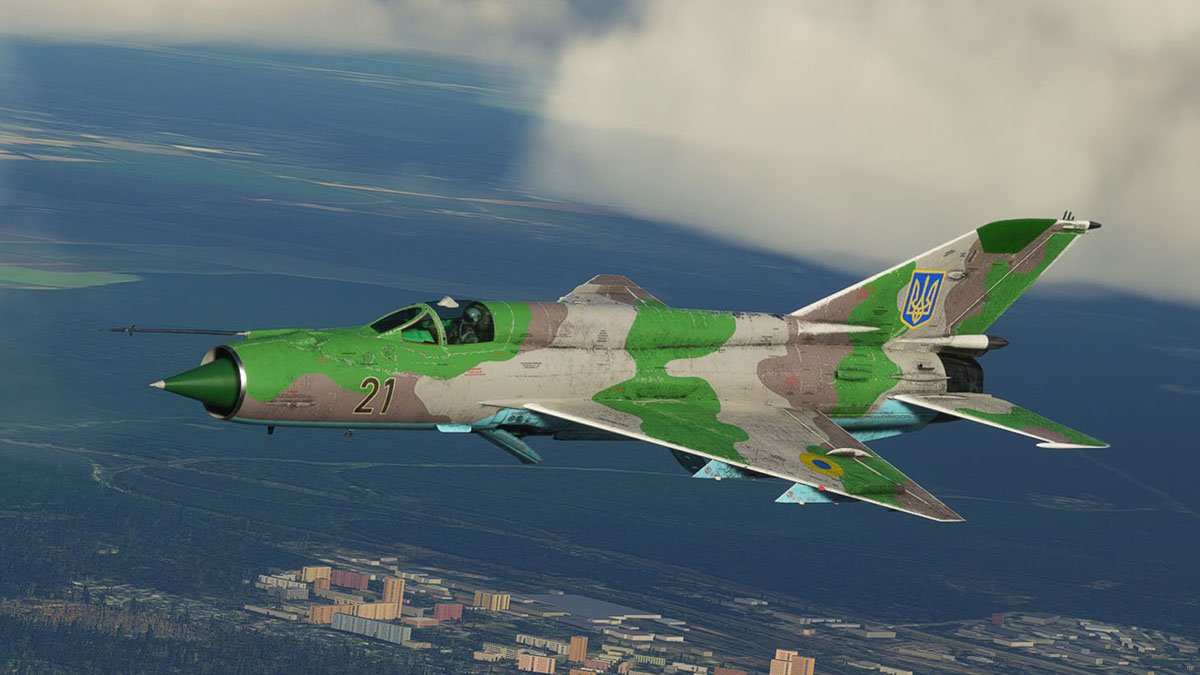 Third-party developers released a new aircraft for Microsoft Flight Simulator, and revealed another, while a relevant flight simulation event received the first details.

First of all, the MiG-21bis has been released on the official marketplace within the simulator.

This aircraft has been in development for a long time by GKS, and it’s currently available for $39.99.

The package includes 12 different liveries, which you can see in the gallery below.

Freeware developer Qbit announced an Airbus A321. The aircraft will use systems by FlyByWire and comes with a semi-custom flight deck on top of the external model.

It will be released “soon” and you can check out what it looks like below.

If you’d like to find out more about development, you can visit the developer’s Discord server.

Last, but definitely not least, the next edition of the long-running FlightSimExpo got the first details including dates and location.

Here’s how the Flight Simulation Association officially describes the event.

“FlightSimExpo is one of the world’s largest dedicated flight simulation conferences and tradeshows. The event has welcomed more than 3,500 attendees to events in Las Vegas, Orlando, and San Diego since 2018. Following the success of the hybrid model in 2021, the upcoming show will again feature options to attend in-person in Houston or watch a livestream of the presentations and announcements from anywhere in the world.

In 2023, the in-person component of FlightSimExpo will be held at the Lone Star Flight Museum at Ellington Airport (EFD). The 130,000 square foot museum and learning center has ample space for more than 2,000 attendees across two air-conditioned hangars. The facility is also home to the Texas Aviation Hall of Fame and multiple aviation learning exhibits, including certified Redbird flight training devices that will be available to attendees.

Saturday, June 24 and Sunday, June 25 will be at the Lone Star Flight Museum. Nestled amongst warbirds, fighter jets, and drones, attendees will find hands-on flight simulation exhibits where they can try the latest in flight simulation software and hardware. Speaker rooms will feature how-to seminars, educational discussions, and announcements from some of simulation’s biggest developers. As in past years, the Friday will feature an add-on series of group discussions before the main event on the weekend.

The museum is a 15-minute drive from Hobby Airport (HOU), 35 minutes from Intercontinental (IAH), and about 15 minutes from nearby attendee hotels. Located on Ellington Airport (EFD), the museum also has airside access, which will allow attendees to fly their own aircraft to the event for the first time. The area is one of America’s largest aerospace hubs: Houston is a hub for two major airlines, NASA’s Johnson Space Center, Space Center Houston, and more. As in past years, discounts on hotels, airfare, rental cars, and more will be available to attendees.”

The press release included a comment from organizer and FSA co-founder Phil Coyle:

“We couldn’t be more excited about this year’s venue. It’s the perfect backdrop for the FlightSimExpo exhibit floor, and a fantastic city for aviation and aerospace fans like us!”

We also get a comment from FSA co-founder Evan Reiter.

“Save the dates, start thinking of plans, but please don’t lock your travel in just yet. As always, we are working with area hotels, airlines, rental car options, and attractions to secure discounted rates for our attendees. We’re expecting awesome, add-on experiences at NASA, air traffic control facilities, and more – and you’ll want to have that full picture before you start booking.”