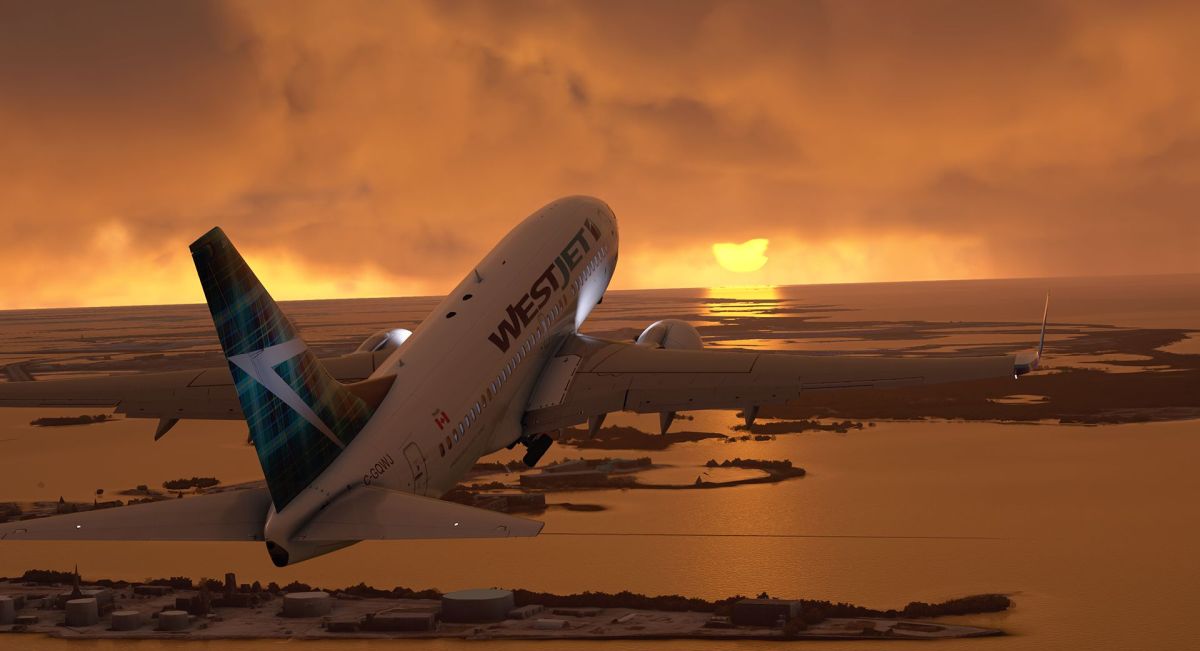 Today Microsoft and third-party developers had news to share about Microsoft Flight Simulator and its add-ons.

First of all, Sim Update 9 has been officially released. It requires it’s usual preliminary download on the Windows Store or Steam weighing about 500 MB, and then a further download after the simulator is launched weighing 4.72 GB.

This update mostly focused on fixing issues related to crashes, weather, navigation, and much more, but it also introduces significant changes to the F/A-18.

You can find the full update notes here.

We also get a development update from PMDG, with CEO Robert Randazzo providing more information on the upcoming Boeing 737-700, which remains highly anticipated. No release date or pricing have been announced yet, but we also get a new and charming image from Steve Dra.

Our primary focus at this juncture is split pretty evenly into two key areas:

We have pushed multiple builds to our testing team over the past day and we are working with further builds internally to continue iterative testing on this landing issue. I anticipate we will have a clearer picture of whether we are moving in the right direction with a fix for this item when we push our next build to the beta and technical teams on Wednesday. We *do* feel that we have a good idea what causes it, but I am going to refrain from discussing what we think or what the fix might be because the details aren’t absolutely certain. As such there is still some risk for being wrong, and I’d prefer to know for certain we are correct before declaring victory.

A number of folks have been following along as a few streamers with whom we have relationships have experienced the issue. Please understand that they have been very useful to us in data collection but we have not shared with them what we think causes the issue for the same reasons as stated in the paragraph above. I recognize that there has been some conjecture as to the cause- but again I think it is responsible to verify we have a solution before saying “we think this is it.”

In other areas of the airplane, continued cleanup is taking place smoothing out small items that our beta and tech team report. Additionally we are working on graphic updates and documentation and various other details to bring the airplane closer to release readiness.

We recognize that many of you are incredibly excited for this release. Please know that we are as well, and we will have it in your hands the moment we feel it is ready and can provide you with great enjoyment. That day is not far off- and once we set the release date we will tell you.

In the mean time: Please be kind to one another, and to the many new participants in this forum. We can see some users developing fatigue with new members wandering in and asking about the release or expressing frustration that it is taking a while. There is no need to be unkind to anyone for this- and please do remember that much of the insistence comes from excitement. Heck some members of the PMDG team even internally have been asking “so are we setting a date, yet?”

Believe me: We are all excited.

Next, Sim Federation released a rendition of the business Jet Embraer Phenom 300E.

It’s available on SimMarket for $27.53 plus applicable VAT, but do keep in mind that this is not an in-depth simulation of the aircraft. It comes with standard G3000 avionics and uses the default CJ4 flight model.