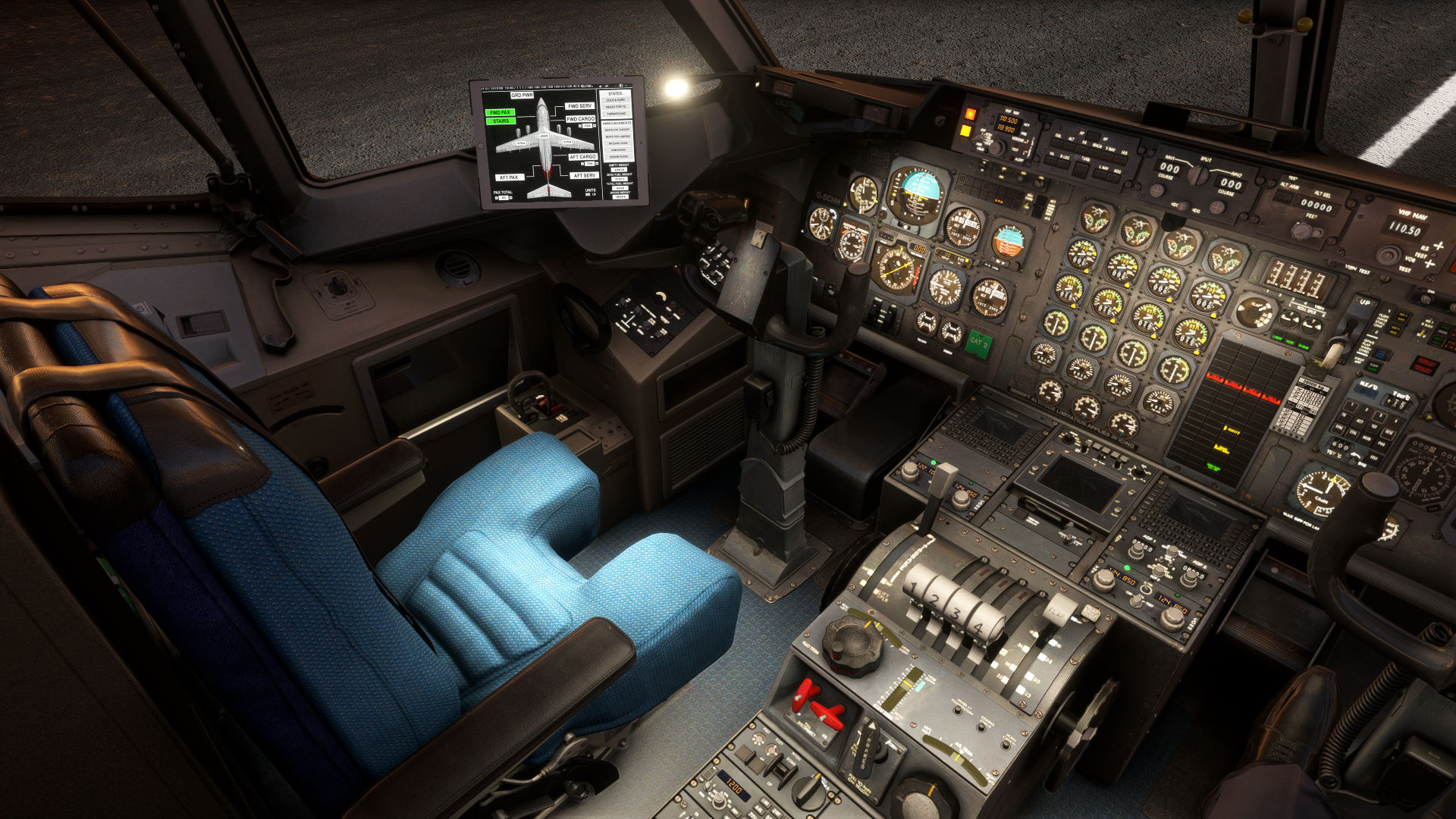 First of all, we take a brand new look at the BAE 146 by Just Flight. We also get a brief development update and the promise of a video.

“Here’s another Development Update and the latest screenshots for our 146 Professional for MSFS.

These show the 146’s extensive cockpit lighting options which are fully-functional in MSFS – dimmable and independent Captain and First Officer instrument and flood lighting, hundreds of annunciators (which all work like the real thing), dome and emergency lighting, pilot lap and flight kit spotlights and more. This huge array of options provides you with the means to tailor the cockpit lighting to your exact requirements for each stage of the flight.

We aim to bring you a video showing off all aspects of the lighting pretty soon. Stay tuned!”

Next comes the Daher Kodiak 100 by SimWorksStudios, which releases tomorrow at 4:00 PM GMT.

While the manual is included, you can also download it from here if you want to get a headstart.

Moving on to releases, we start with MK-Studios, which released Helsinki-Vantaa Airport (EFHK) in Finland.

While this is sold as a new product, those who already purchased the older version can download an update without having to purchase it anew.

It’s available on Simmarket for about $16 plus applicable VAT.

It’s priced at approximately $12 plus applicable VAT on Simmarket.

Last, but not least, REX Simulations released REX AccuSeason, bringing seasonal variation to the vegetation of the sim.

It’s available on the developer’s own store and on Orbx Direct for approximately $25.

Dynamic Automation
Automated Dynamic Seasons provides an accurate representation of foliage as it changes within each season throughout the year. Watch tree colors change as they progress through the season, such as weekly changes during the northern hemisphere’s Autumn to Winter and bi-weekly or monthly changes during other times of the year. All automatic as the app applies foliage colors based on current date and requires no user interaction!

You may also manually select any prior or future time periods. For example, if it is late Autumn and you want to fly in an early Autumn, you can select that time period and fly in early Autumn foliage.

Multiple Presets
With REX AccuSeason, you get a large amount of realistic and visually pleasing presets to use in your simulator. Every season has multiple unique presets with more to be added in future updates.

New biomes have been created to depict steppe, tundra, Australian scrublands, New Zealand vegetation, and different conifer regions. Updating regional vegetation is a large and ongoing effort and many more improvements will be made in the future as we continue to develop further.

Winter Deciduous Trees
Microsoft Flight Simulator snow gives us attractive winter landscapes. To move to the next level, REX AccuSeason offers OUR rendition of deciduous winter trees for all areas where the simulator depicts deciduous trees and the winter season applies. These trees show significantly less leaves and look great in winter landscapes with or without snow.

Adjust the Tree Height
To further customize your experience, REX AccuSeason offers three options for tree height: short, medium, and tall. Additionally, some trees have been properly sized in the app to reflect more realistic proportions, such as the massively sized default trees that display in Sydney, Australia.

Select Your Choice of Vegetation’s Overall Color Tone
REX AccuSeason lets you select the overall color tone that looks best to you with a choice of three color tones: cool, warm and neutral.

Manage Your Seasons and Customization with a Modern App!
With all the vegetation options provided, the app allows you to choose your selections quickly and easily. No need to manually work within Windows folder structures to change files or edit text documents. Simply select preset and customization choices within the app and it will do all the work for you. As future enhancements are developed, updates will occur automatically, so no need for frequent downloading and manipulating files.