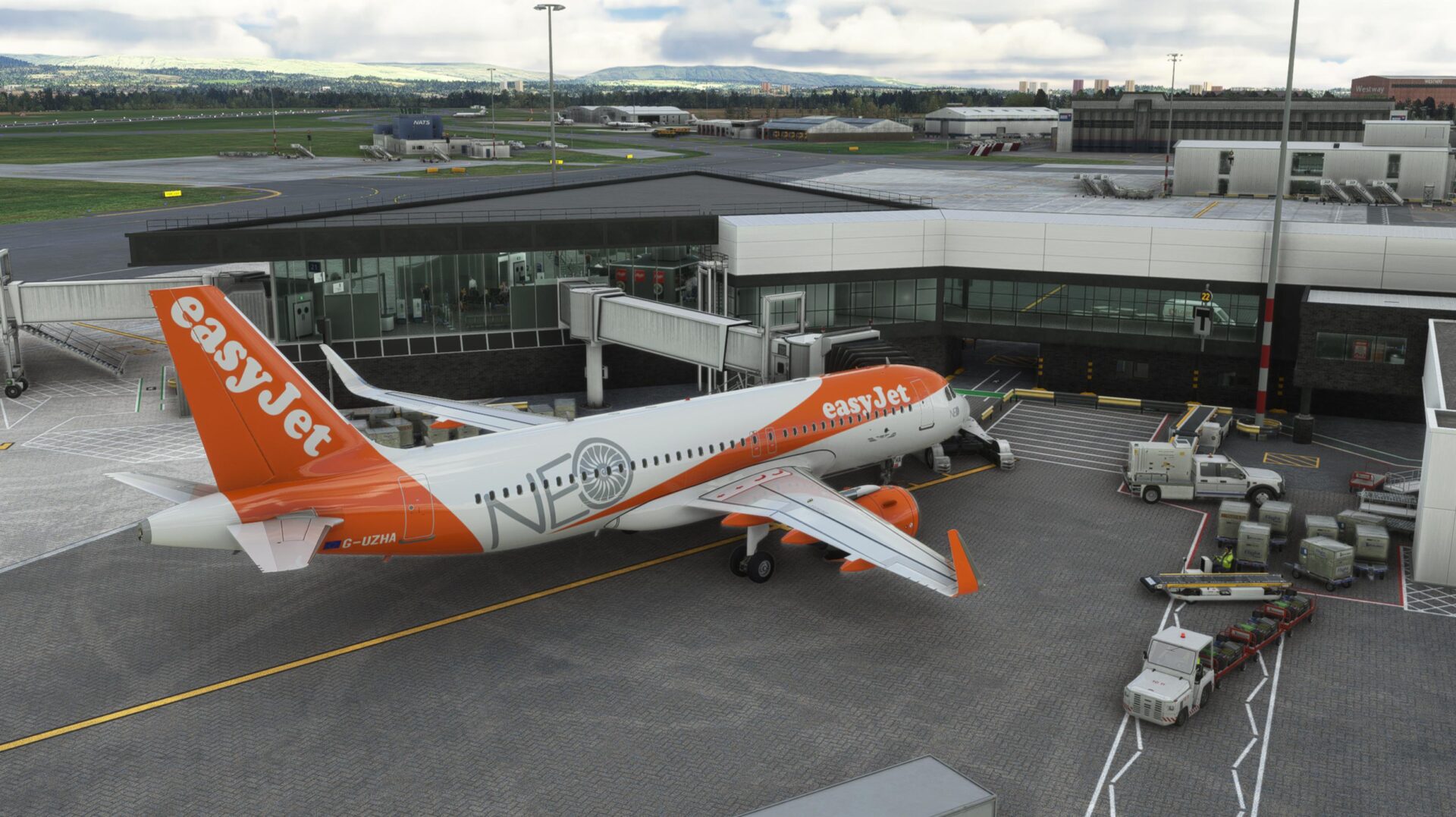 Today third-party developers have revealed quite a lot of new assets about upcoming add-ons for Microsoft Flight Simulator, including airports and a relevant aircraft.

First of all, new screenshots of Glasgow Airport (EGPF) have been released by Pyreegue. We also learn that it’ll release this week, on top of a list of features, alongside the promise that a custom VDGS system will be implemented after release.

Aerosoft showcased some more early work-in-progress images of the Airbus A330 which will release next year.

Next is Mk-Studios, which showcased its upcoming Rovaniemi Airport (EFRO) in Finland in a new video.

We stay up north with Simnord, which announced Sønderborg Airport (EKSB) in Denmark, also coming soon.