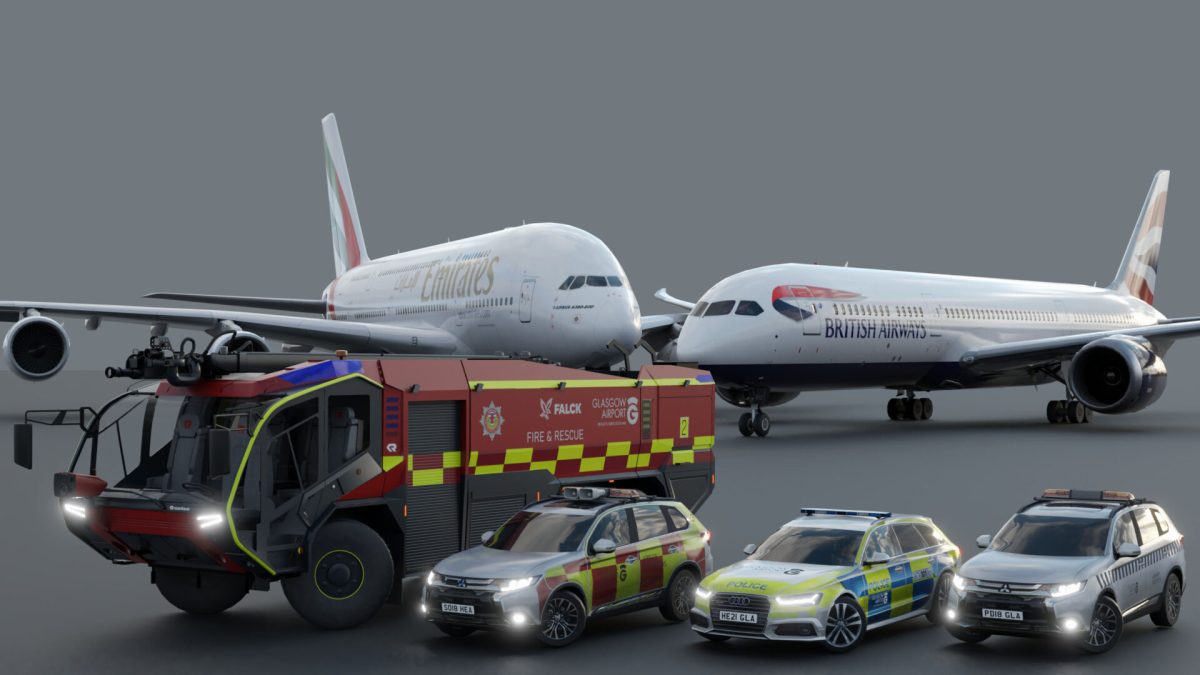 First of all, we get a new trailer and new screenshots of Stockholm Bromma (ESSB) in Sweden by Orbx.

The exciting news is that the airport is releasing tomorrow.

Update: the airport has been released. You can find it on Orbx Direct for $16.60.

We also get a brand new announcement from Pyreegue, which revealed the first images of Glasgow Airport (EGPF), looking very promising.

As the second-busiest airport in Scotland (following Edinburgh, which Pyreegue also recently released), Glasgow is another very relevant addition for the simulator’s rendition of the United Kingdom.

As usual for this developer, we can expect a beautifully modeled terminal interior, as you can see from the images below.

The next piece of news comes from Drzewiecki Design showing Lublin Airport (EPLB) in Poland that is currently in beta testing.

We also get to see new static aircraft for Warsaw Modlin Airport (EPMO) also in Poland.

Next comes Just Flight with more screenshots of Palma de Mallorca Airport (LEPA) in Spain. The airport appears to be close to release.

We then go down-under with NZA Simulations showing off Raglan Aerodrome (NZRA) in New Zealand.

This airport will be free and will be released next week.

We also get to see new renders of Bankstown Airport (YSBK) in Australia from Impulse Simulations.

Another render comes from AUscene showing off the terminal of Lord Howe Island Airport (YLHI), also in Australia.