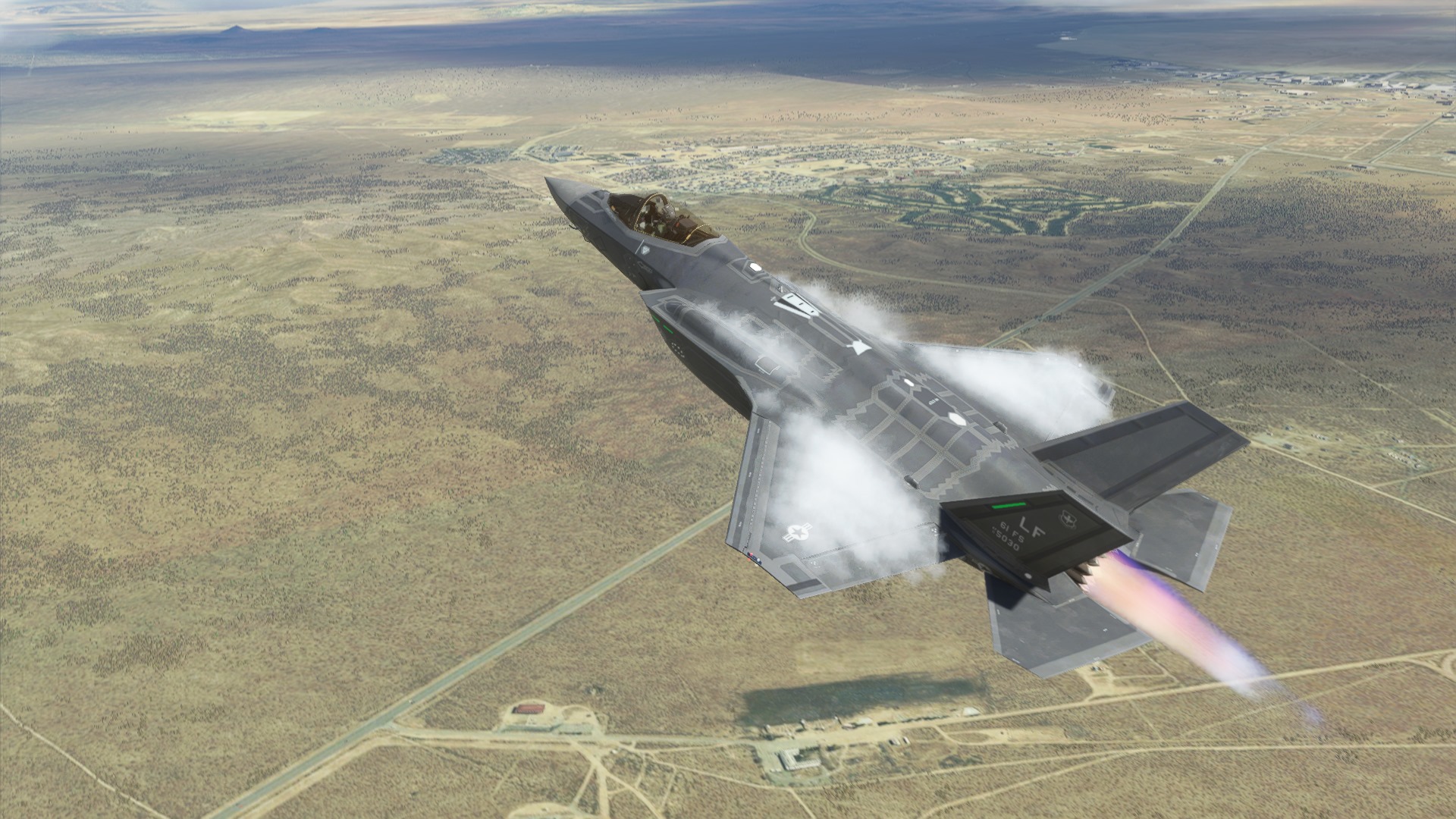 First of all, we hear from IndiaFoxtEcho, which released new screenshots of its upcoming F-35 Lightning II.

We also hear that the developer has decided to delay the release beyond October to improve its quality further. Below you can read a development update and take a look at the screenshots.

Some not so good news on the F-35 release: we have been working very hard for the past few weeks to achieve a satisfactory level of quality for a release before the end of October – but it is now abundantly clear to us that it will not happen, as the plane is not as good as we’d like. We are working on several improvements which, in our opinion, will bring the product to a much better shape. Here are the major things we are working on:

COCKPIT – The graphics quality of the cockpit was considered unsatisfactory in the latest team review, and we have been working really hard to improve the geometry and texture quality.

FLIGHT MODEL – While the general performace was OK, we are not happy with sustained turns, approach speeds and response to aggressive maneuvering. Also, we are improving the engine dynamics.

AVIONICS – We are introducing a number of improvements to the Primary Control Display so that it will be one step closer to the real deal in terms of graphics and pilot interface (since we are missing the sensors simulation we think it is important that everything else is as good as we can make it).

We will keep you updated on the progress and will advise on the tentative delivery date once these changes are finalized.

Next is Aerosoft, which released a video to celebrate its 30th anniversary. Toward the end, you can find the first video look at the CRJ 900 and 1000. In case you’re not familiar with it, the package is an add-on to the excellent CRJ 550/700.

MilViz has also shared a few images of its ATR-72 regional turboprop from a beta version on the official forums.

Next is Skyline Simulation, showing the model for its upcoming Bombardier Dash-8 100 (which was announced a while ago alongside the 200 and 300 variants).

Apparently, the wait shouldn’t be too long for this one.

Orbx announced another popular holiday destination with Skiathos Alexandros Papadiamantis Airport (LGSK) in Greece. It’ll also include scenery for the rest of the island, and below you can check out the first screenshots and features.

Last, but not least, Africa4FS released new screenshots of Kotoka International Airport (DGAA) in Accra, the capital of Ghana. This one is also “coming soon.”