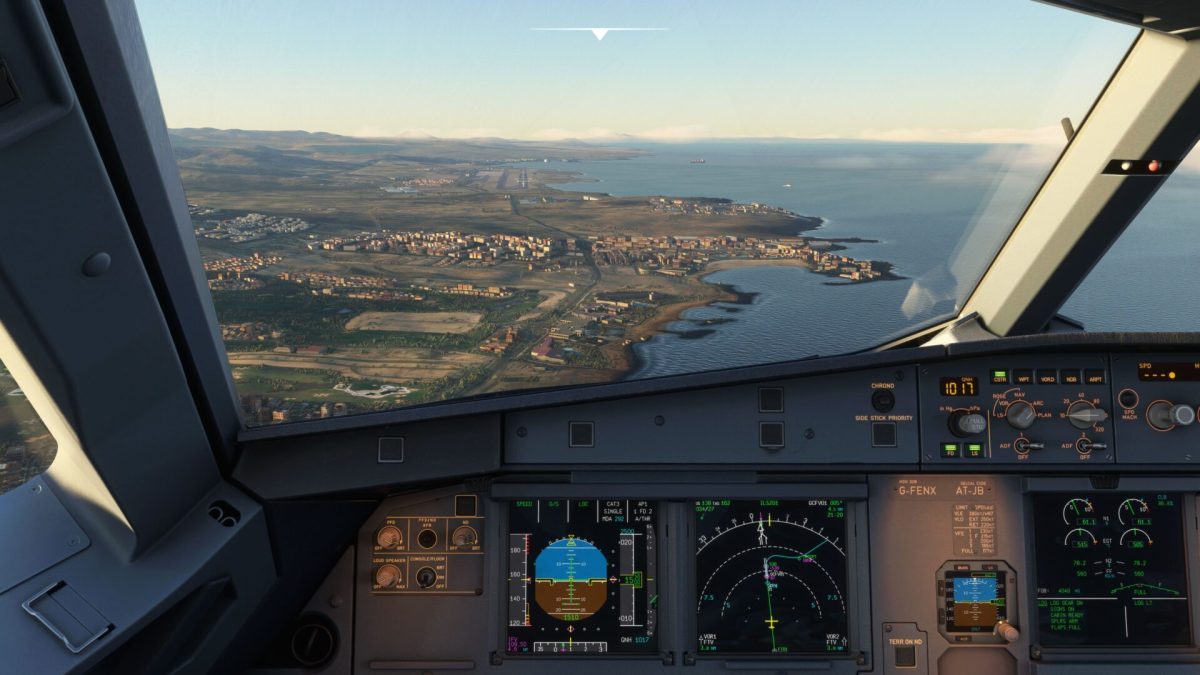 Today third-party developers had some reveals, assets, and releases to share of add-ons for Microsoft Flight Simulator.

We get a new development update from Fenix Simulations about its upcoming Airbus A320.

One of the most interesting pieces of news is that users will be able to decide what part of their PC will render the flight deck’s displays, which are often rather power-hungry. Options include CPU, GPU, and even the possible integrated GPU you may have sitting around and doing nothing, which apparently proves rather effective.

You can check out the menu for that and a few screenshots below.

Next comes SimSkunkWorks, showing off the exterior and cockpit of its upcoming TF-104G Starfighter.

While small, it’s well-known to be very scenic and rather challenging.

We move on to TDM Scenery Design, which concluded the beta testing of Santiago de Compostela Airport (LEST) in Spain.

It’ll release in the next two weeks for 12.49€ plus applicable VAT and in the screenshots below you can see the now traditional cheeky tease of the CRJ 1000 by Aerosoft.

We stay in Spain with PILOT’S, which released Alicante Airport (LEAL). The airport is available on the developer’s own store for €22.95.

Last, but not least, FlyByWire released the Stable 0.7 release of its popular A32NX mod for the default Airbus A320 Neo.

This has been dubbed by the developer as its “largest release to date” and you can find the full changelog here.