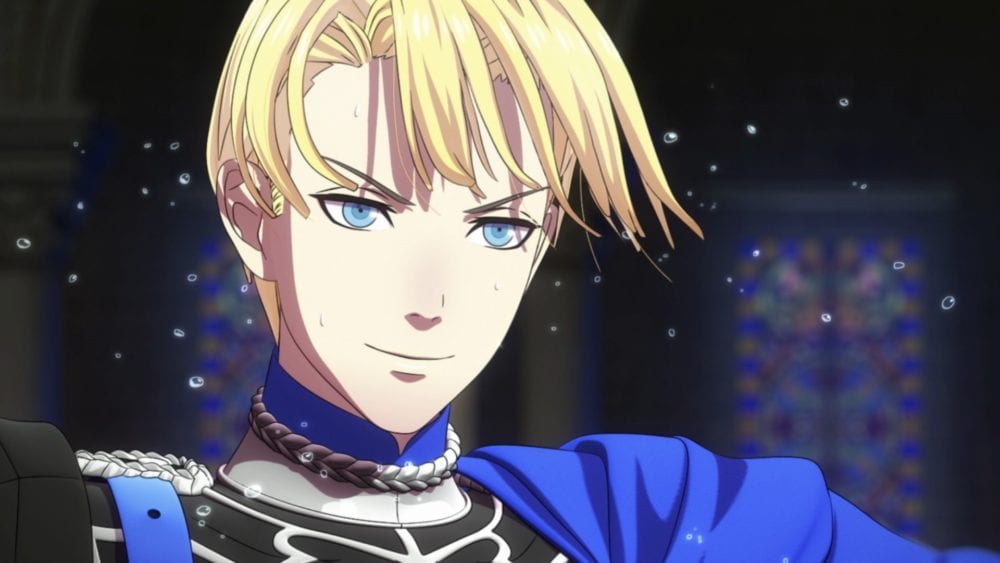 This is the second of a weekly series of videos featuring the titular three houses, and it focuses on the Blue Lion House, centered on the Holy Kingdom of Faerghus and led by its heir Dimitri.

We also take a look at more of the house’s members including Dedue, Sylvain, and Ingrid.

Funnily, while the western localization refers to the three factions we can join as “houses,” the original Japanese dialogue simply calls them “classes.” Obviously, someone tasked with translating the game is a big Harry Potter fan.

If you want to see and learn more of the Fire Emblem: Three Houses, you can enjoy some gameplay from earlier today, a lot of trailers from a few days ago, tons of recent gameplay, the previous trailer, the screenshots and video showing Eldegard, more for Dimitri, assets for Claude, screenshot and video showing Jeralt, more starring Rhea, the recent reveal of Catherine, that of Alois, the showcases of Setes and his sister Fren, the reveal of Yeritswa, the unveiling of Tomas, that of Gilbert, a look at Shamir, and more assets revealing Cyril.