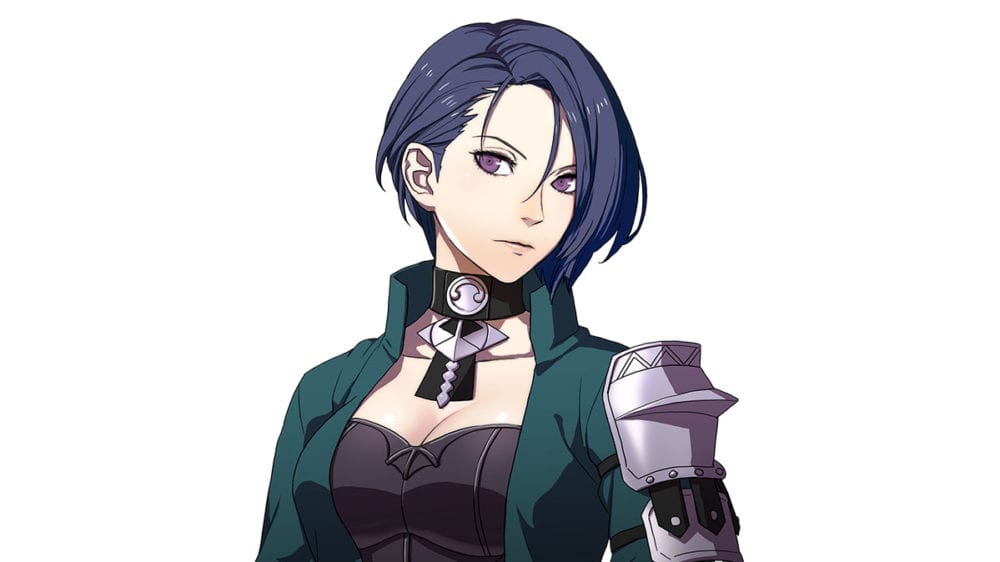 This time around the spotlight is on the beautiful Shamir.

She is extremely proficient with the bow and a knight of Seiros. While she was once a mercenary, in order to repay a favor received from Rhea she decided to serve as a knight. She actually does not care for the beliefs of the church of Seiros, but her loyalty is directly to Rhea.

She is voiced by Yurina Watanabe.

If you want to see and learn more of the Fire Emblem: Three Houses, you can enjoy a lot of trailers from yesterday, tons of recent gameplay, the previous trailer, the screenshots and video showing Eldegard, more for Dimitri, assets for Claude, screenshot and video showing Jeralt, more starring Rhea, the recent reveal of Catherine, that of Alois, the showcases of Setes and his sister Fren, the reveal of Yeritswa, the unveiling of Tomas, and that of Gilbert.