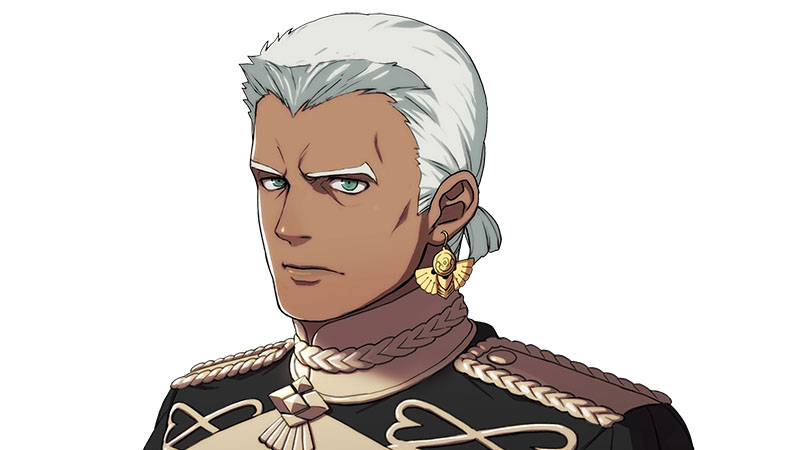 Today Nintendo and Intelligent Systems revealed another character of the rather interesting cast that will appear in Fire Emblem: Three Houses with a video, a screenshot, and new artwork.

He is a commoner from the region of Daskar in the northwest part of the Kingdom of Faerghus. He also serves Dimitri.

He feels deeply indebted to his master and he decided to protect him even at the cost of his life.

Doudo is easily misunderstood because of his stern and quiet demeanor, but he’s actually a rather nice and mild-mannered young man.

The video showcases a conversation in which Doudo thanks the protagonist for saving Dimitri, mentioning very formally that he has no words to express his gratitude, and pledging that he will lend help in exchange if the need arises.

We also have the introduction of Sothis, a look at the main hero and heroine Beres and Beret (or Byleth as they’re named in English), and a look at Hubert. 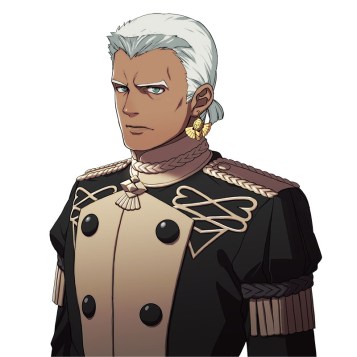 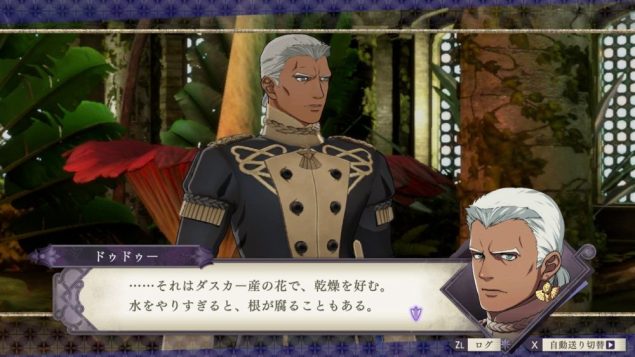