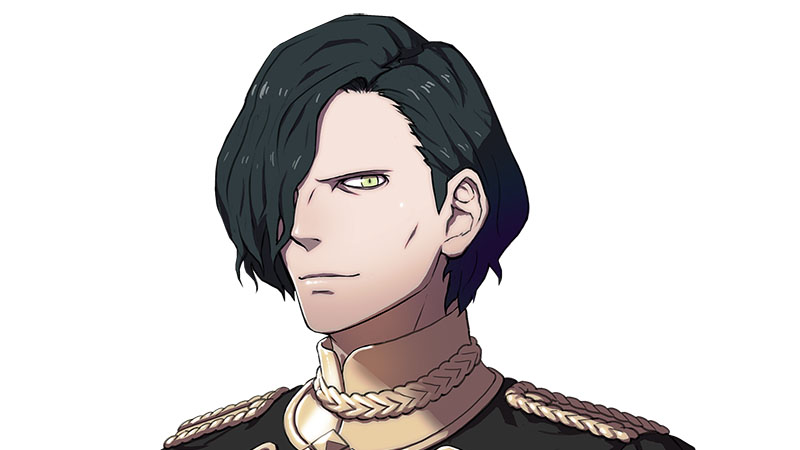 Today Nintendo and Intelligent Systems revealed another character of the colorful cast that will appear in Fire Emblem: Three Houses with a video, a screenshot, and new artwork.

Today we get the introduction of Hubert from the House of the Black Eagles.

He is the heir of one of the most prominent families of the Adrestian Empire, and he has been in Edelgard’s service as her attendant for a long time. He would resort to any mean necessary to remove any obstacle in her path. According to Edelgard herself, he is a cold but honest person.

He is voiced by veteran actor Katsuyuki Konishi whom you may know as Xander in Fire Emblem Fates, Hien in Final Fantasy XIV, Olberic in Octopath Traveler, Toshiie Maeda in the Samurai Warriors series, and Ozuma Lee in Macross Frontier. He also succeeded Hideyuki Hori as Phoenix Ikki in the Saint Seiya series.

The video showcases a conversation in which Hubert introduces himself to the main character at Garreg Mach Monastery.

You can check out the assets below. If you want to see and learn more, you can enjoy the screenshots and video showing Eldegard, more for Dimitri, assets for Claude, screenshot and video showing Jeralt, even more starring Rea, the introduction of Sothis, a look at the main hero and heroine Beres and Beret (or Byleth as they’re named in English), and more screenshots and gameplay details from last week’s issue of Weekly Famitsu. 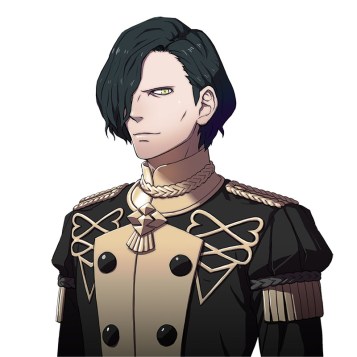 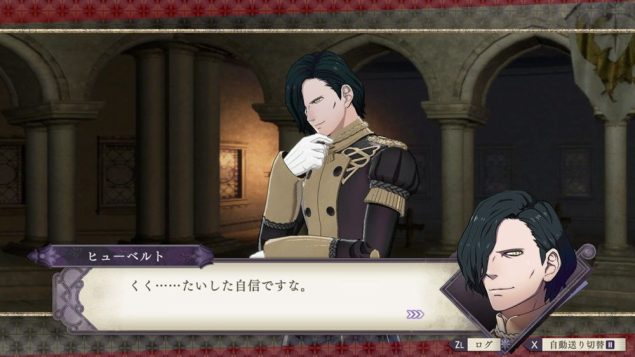