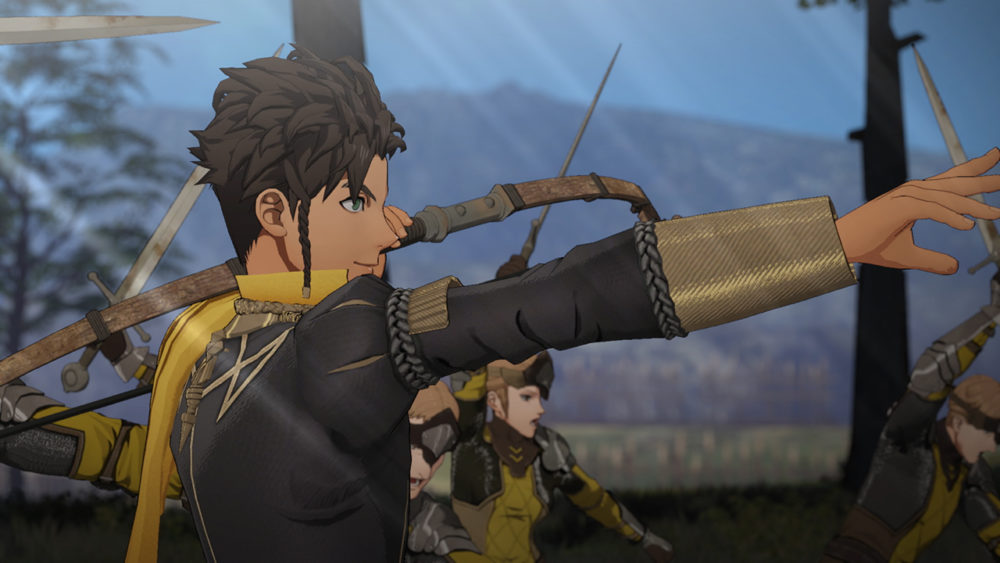 Today Nintendo and Intelligent Systems introduced another of the main characters that will appear in Fire Emblem: Three Houses with a video, a screenshot, and new artwork.

This time around we get the introduction of Claude. He is the leader of the House of the Golden Deer (Interestingly, in Japan the classes are also named in German, so this is Hirsch Klasse) and heir of the aristocratic family that at the head of the Leicester Alliance.

He always has a smile for everyone, which makes him popular. Yet he describes himself as someone who doesn’t easily trust others, so dealing with him can be tricky.

Claude is voiced by Toshiyuki Toyonaga, whom you may know for Arthur in Granblue Fantasy, Xiba in SoulCalibur V, and Hideyoshi Nagachika in the Tokyo Ghoul series.

The video showcases a scene at the beginning of the game, in which Claude introduces himself to the heroine after meeting at Garreg Mach Monastery.

We also get an additional piece of artwork portraying Blue Lion house leader Dimitri from the American arm of Nintendo.

You can check oiut the assets below. If you want to see and learn more, you can enjoy the same treatment performed for Eldegard, the introduction of Sothis, a look at the main hero and heroine Beres and Beret (or Byleth as they’re named in English), and more screenshots and gameplay details from last week’s issue of Weekly Famitsu.