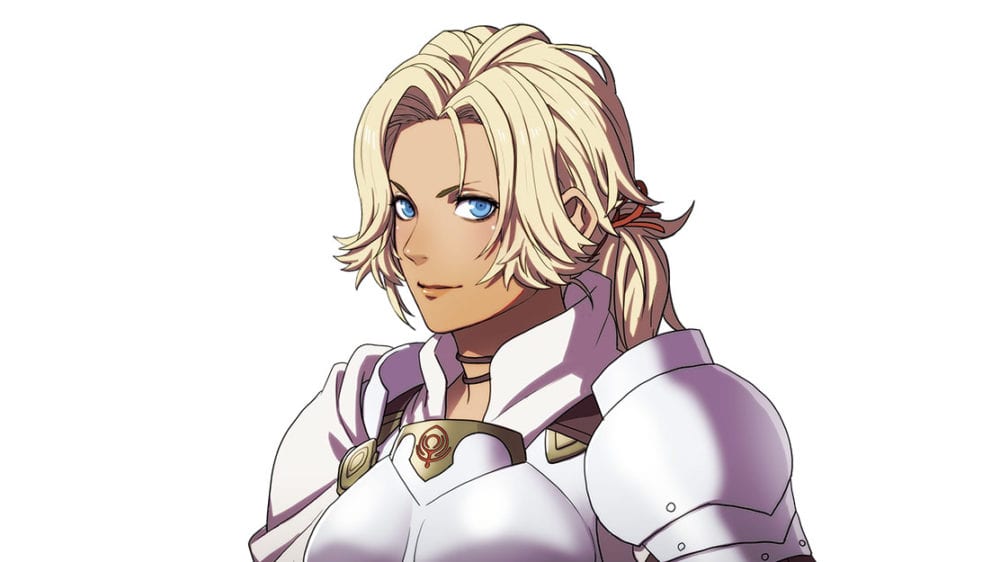 Today Nintendo and Intelligent Systems revealed another new character from the rich cast of their upcoming simulation JRPG Fire Emblem: Three Houses with two new videos, a screenshot, and art.

This time around, we aren’t looking at a student, but at a full-fledged Knight of Seiros. Enter Catherine who appears to be as badass as she is beautiful.

She graduated from the Garreg Mach Academy and she is a powerful swordswoman who masters the legendary weapon named “Raitei” one of the weapons named “Relics of the Heroes.” She has sworn fealty to Archbishop Rhea.

She is voiced by Chie Matsuura, who plays Haruko Kashiwagi in the Muv-Luv series, Kirishima in Azur Lane, and Kokonoe in the BlazBlue series.

The “Relics of the Heroes” are holy weapons which are said to have been given to the heroes of Fódlan by the goddess herself, alongside the mysterious crests. Only someone who has a crest can wield the full power of a Relic.

Incidentally, the hero (or heroine) of the game also wields a Relic of the Heroes. Its name is Tantei no Ken (Sword of the Heavens) and it’s likely linked to the mysterious crest carried by the protagonist despite being a commoner.