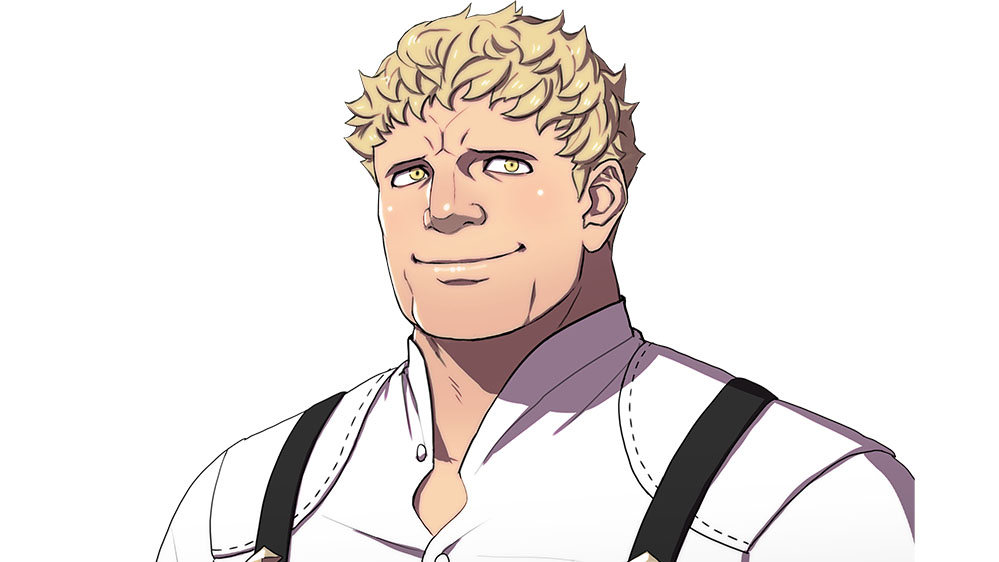 Today Nintendo and Intelligent Systems revealed another character from the colorful cast of their upcoming simulation JRPG Fire Emblem: Three Houses with a new video, a screenshot, and art.

We take a look at Raphael of the House of the Golden Deer.

He is a son of a merchant of Leicester. He lost his parents in an unfortunate accident, so he has been through harsh times. Yet, he’s an optimistic person. His interests are the menu at the cafeteria and working out to become a good knight.

However, he’s not all that interested in the lectures. He is voiced by Takaki Daihaku.