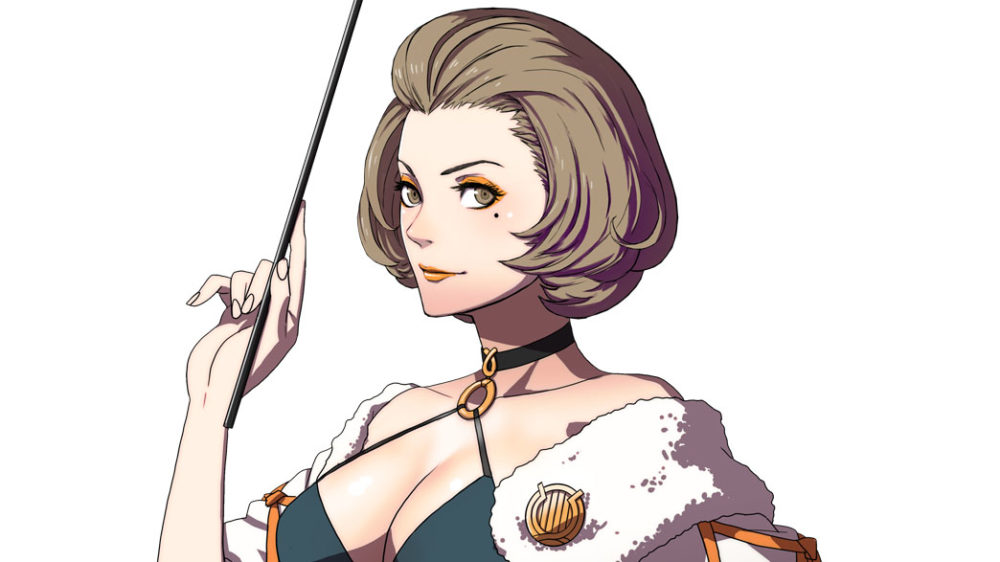 Today Nintendo and Intelligent Systems revealed another character of the rich cast that players will meet in Fire Emblem: Three Houses with a video, a screenshot, and new artwork.

This time around we see the introduction of one of the teachers of the Academy, Manuela.

She is a former diva singer whose career found its climax at the Mittel Frank Opera Company in the Imperial capital.

Now she belongs to the Academy as a teacher and medic, and she is often seen on campus lamenting not meeting the man of her dreams.

She may be a bit boisterous, but she is also a caring person, and she behaves kindly with the main hero, who is a newbie teacher.

She is voiced by Sachiko Kojima, known for Taki in the SoulCalibur series before VI, Hanna Ivanovic in Valkyria Chronicles IV, and Mell Raison in the Sakura Wars series.

The video showcases a conversation in which she welcomes the heroine to the academy.

You can check out all the new assets below. If you want to see and learn more, you can enjoy lots of videos and images from yesterday, the screenshots and video showing Eldegard, more for Dimitri, assets for Claude, screenshot and video showing Jeralt, even more starring Rea,