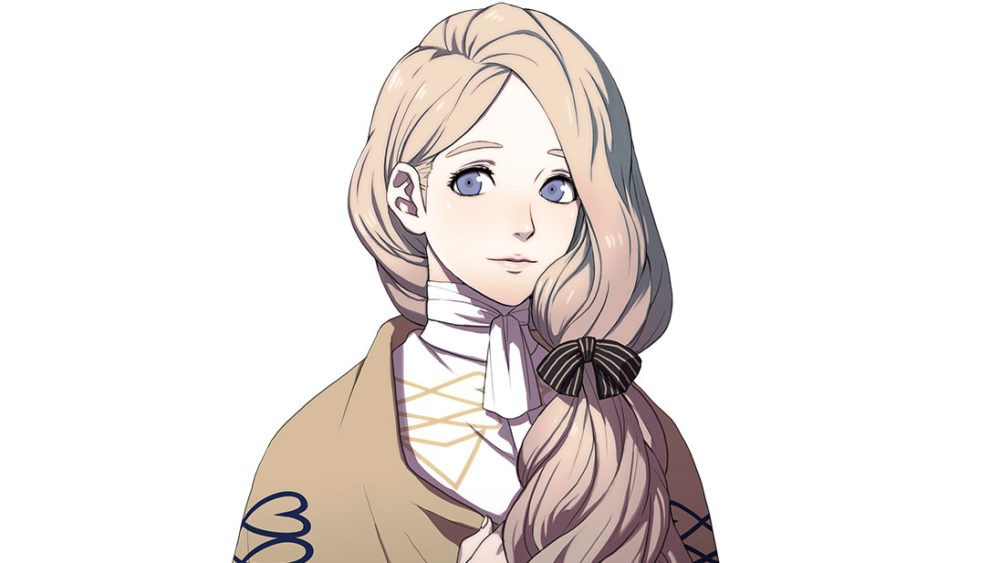 Today Nintendo and Intelligent Systems revealed another character from the rich cast of their upcoming simulation JRPG Fire Emblem: Three Houses with a new video, a screenshot, and art.

The spotlight shines on Mercedes, from the House of the Blue Lion.

She is a gentle lady who always pays close attention to her surroundings and cannot leave those in need alone. She used to be nobility in the Empire, but now she lives as a commoner in the Kingdom of Faerghus.

She seems to be slightly older than the other students, and she appears to have been enrolled in the magic academy in the Imperial capital.

She is voiced by Yumiri Hanamori, who played Ako Ichinose in Blue reflection, HMS Matchless in Azur Lane, and more. You can check her out in action below.

You can check out the new images below. If you want to see and learn more of the game, you can enjoy lots of videos and images from yesterday, the screenshots and video showing Eldegard, more for Dimitri, assets for Claude, screenshot and video showing Jeralt, and even more starring Rea.